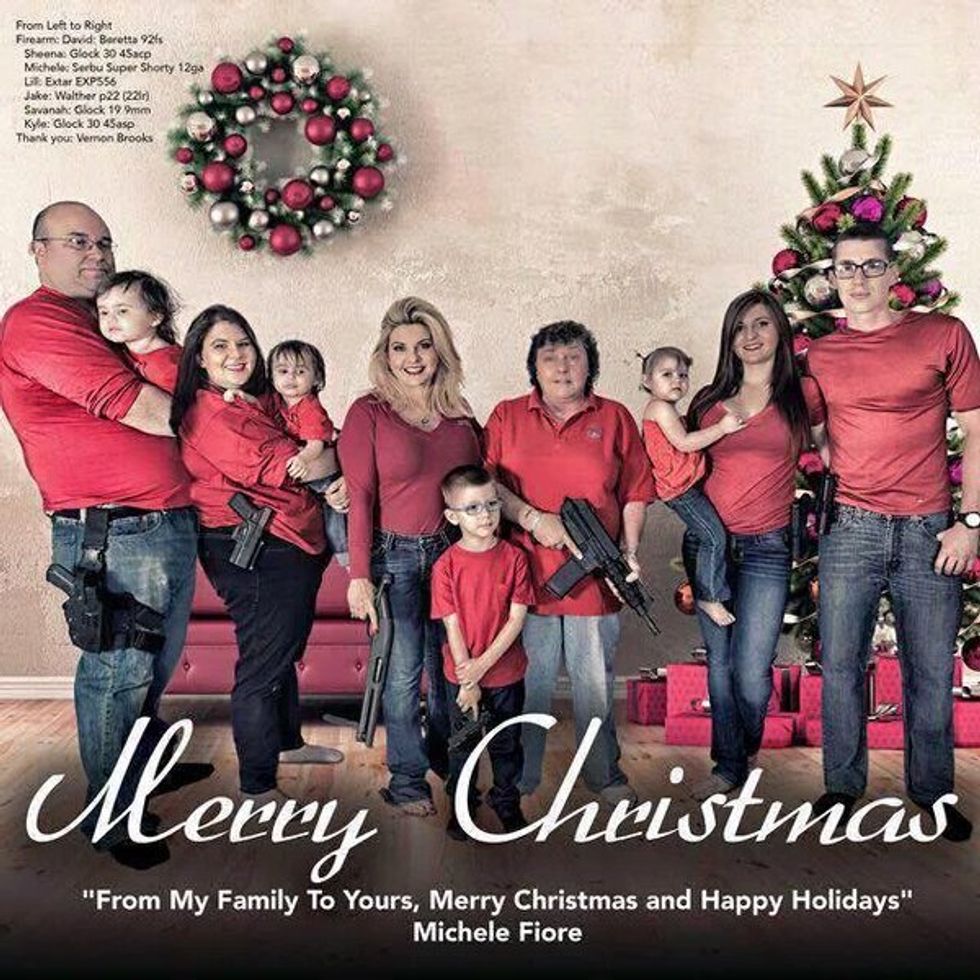 Have a holly jolly titsmas.

For liberals, it is the War On Christmas season, where we get up every single day at early-o-clock to receive our marching orders for how to make the baby Jesus cry in his manger. REAL AMERICANS, though, are sending Christmas cards, with reindeer and funny faces and nativity scenes and #familyjokes. And boobs and guns. Mostly boobs and guns.

That picture you see up there is the Christmas card of possibly actually insane Nevada Assemblywoman Michele With One 'L' Fiore, who is running for Congress. You might remember her from her recent tits 'n' guns sexxx calendar, available for a $25 donation. She says the money's not for her campaign; it probably just goes to poors who don't have as much tits and guns as she has.

Or maybe you remember her from the way she apparently screams "STAY AWAY FROM MY NAKEDNESS AREA!" at transgenders who don't have a va-jay-jay like hers.

Anyway, we have some questions about this Crimmus card:

Those are all the questions we have right now. Feel free to come up with more questions in the comments, which are not allowed.

And of course, Merry Christmas, Michele Fiore, from our house to your heavily armed tit fortress or whatever it is.