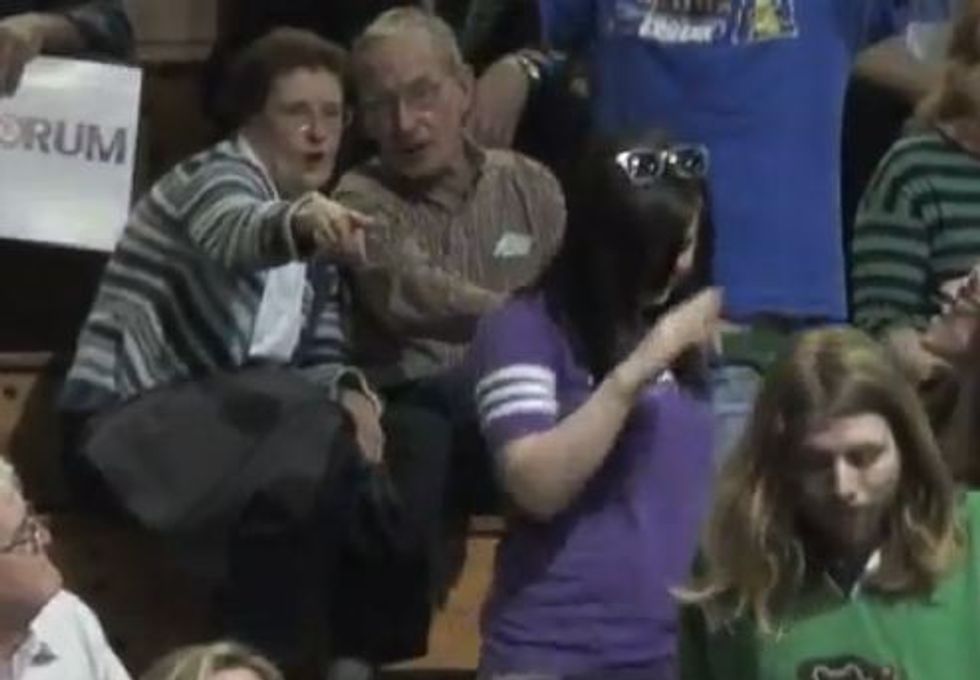 What's this, two men interrupting Rick Santorum's banal rambling to lock lips in a simple act of protest against homophobia? ACTION TEAM FORCE PATRIOTISM TO THE RESCUE. Watch the excitable wingnuts spring into action and holler "U-S-A" over and over in a heroic attempt to ward off decency and tolerance from their midst. How about some finger pointing, would finger pointing help, too?

This lady is on it, oh boy is she:

"We need a president who understands that America is the greatest country in the history of the world and what we’ve done across this country, across this world, it’s not oppress, it’s not invade, we are not invaders, we are not people that seek gain of territory, oil, property," Santorum said. "What we seek is security for ourselves and liberty and prosperity for others and it’s nothing to apologize for."