Idiot Tennessee Rep Knows All The Christians Are Being Holocausted, Just Can't Say Where 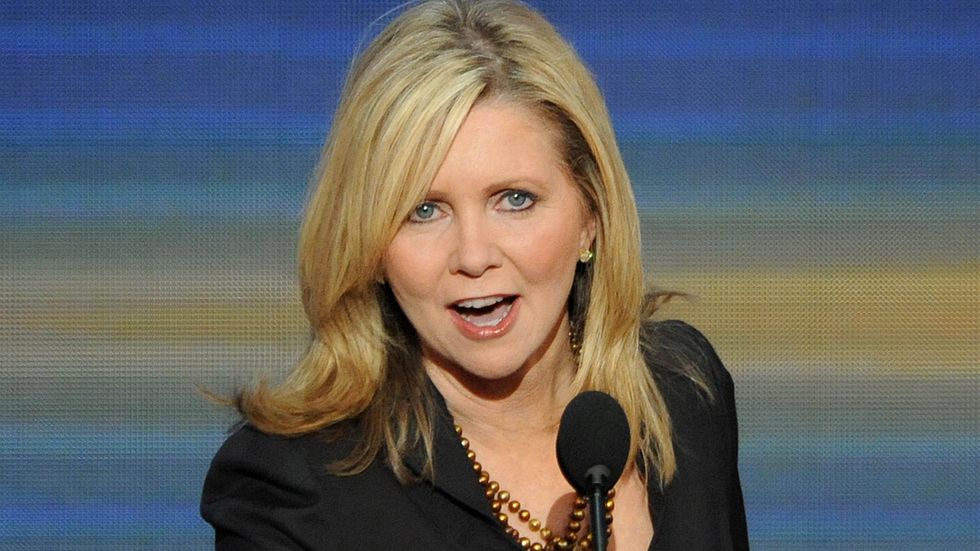 For some reason, the voters of Tennessee's 7th District keep sending Republican Marsha Blackburn back to the House of Representatives, dunno why, because Tennessee, we guess? Blackburn's your standard-issue lady Republican: she knows that women don't really care about equal pay; the cause of climate change, if it even exists, is debatable because a handful of shills for the fossil fuels industry say so; affordable health care that doesn't suck is bad; abortion is bad; and hey, what if the Boston bombers had Obamaphones, HUH? She's also proud to call herself "CongressMAN," rather than "Congresswoman," hooray for feminism.

However, despite being a member of the ironically titled Republican Study Committee -- the formerly most conservative caucus in the House until some splitters formed the Freedom Caucus to be even more conservative -- Blackburn has not been doing her GOP Talking Points homework. Addressing the South Carolina Freedom Summit over the weekend, Blackburn had no problem claiming that Christians are being persecuted around the world, and that even in this country right here, "we've got some issues" and "we want to make certain that individuals have the right to continue to worship, and to exercise their religious beliefs." Because everyone knows what a problem that is in America these days. So of course, when asked, Blackburn was able to rattle off a long list of examples:

You know there have been several lately. I can't give you a specific right off the cuff. I'm sorry.

Christ, lady, we don't even believe this nonsense about the persecution of Christians in America, because of how it is nonsense, but we can certainly name some examples for you:

There ya go, Rep. Blackburn, we just did your work for you. Next time someone asks you to give specific examples of the persecution of Christians in America, feel free to use any of those several examples. You'll definitely look smarter saying "Yes, those pizza bigots who were Holocausted" than "Gosh, I can't think of any at all." We promise.