If DuPont Poisons Your Water And No One Sees, Is It Really A Public Health Crisis? 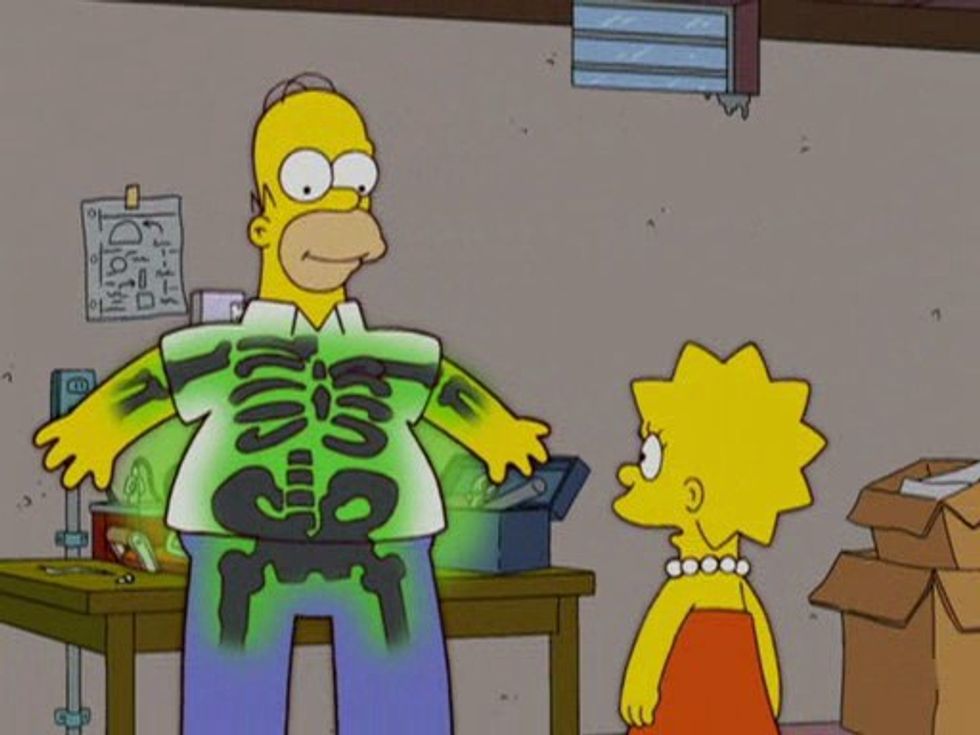 The state of our Union's corporate people is strong like a bull, soaring like an eagle, and full of trash like a raccoon. In fact, this was an especially strong week for corporate dirtbaggery.

DuPont will leave all that gross acid wherever it wants, thank you very much

[contextly_sidebar id="HKyRm5UuN017vHMavqy6EUE9cpHLtVPn"]Governments aren't the only entities that bring poison to the people. Corporate persons do it too!

In 1951, DuPont started using Perfluorooctanoic acid (PFOA) in its manufacturing of Teflon. Decades later, some livestock drinking water poisoned by a DuPont landfill turned into sad deranged ChemCows and helped lift the curtain on how this Baby Boomer chemical wasn't merely helping post-war America successfully scramble eggs while wrapped in a Valium fog.

The New York Times Magazine detailed lengthy legal battles surrounding DuPont's PFOA use and the systematic cover ups of its ill effects. And in a land built on exploitation and systematic cover ups, Du Pont earns a radioactive gold star for this effort.

As far back as the 1960s, DuPont's internal PFOA tests reflected the chemical's negative effects on internal organs and by the 1970s it was pretty clear that PFOAs were causing health issues in some DuPont factory workers. By the 1990s, DuPont found said chemicals in the water supply at levels so elevated that the news had to be kept top secret because what people don't know can't hurt DuPont. Maybe they could just find a replacement that might not cause birth defects and ball cancer. And they did!

An interoffice memo sent in 1993 announced that "for the first time, we have a viable candidate" that appeared to be less toxic and stayed in the body for a much shorter duration of time. Discussions were held at DuPont’s corporate headquarters to discuss switching to the new compound. DuPont decided against it. The risk was too great: Products manufactured with PFOA were an important part of DuPont’s business, worth $1 billion in annual profit.

This seems like a good issue for government to sink its fangs into, right? However, A very convenient truth for American corporations is that under the Environmental Protection Agency's Toxic Substances Control Act of 1976, the agency can only test chemicals when provided evidence of harm. And DuPont wasn't just going to tell people about their own tests because a billion dollars in annual profit is a billion dollars in annual profit and the "right thing to do" usually isn't worth shit. Besides, Corporate Ratfuckers can't create all the jobs unless we have a "dump first, no questions allowed" policy.

[contextly_sidebar id="jBOWeYKO8ZdyI2324uSMbgo3CLzvtHJL"]As the public's questions gradually increased, West Virginia local government told complainants, "Some of our best friends are DuPonts, so GTFO." The adorably fangless EPA was able to secure a $16 million dollar settlement in 2005, which seems like a total deterrent for a company about to embark on a $130 billion dollar merger with Dow Chemical.

The silver lining, other than a possible metallic glow in intestinal liming approximately 70,000 exposed West Virginians, is that while DuPont still refuses to take responsibility for the poisoning, dreaded tort lawyers were able to show a "probable link" between PFOAs and various health issues in 2011. DuPont now faces thousands of lawsuits, an astounding two of which have reached the trial phase of litigation.

Like refined sugar and the Holy Spirit, tests have confirmed that PFOA can be found in all of us. And if you're reading this to your bald eagles, polar bears or pomeranians, you can let them know it has been found in their species as well. But as the slow creak of litigation moves on for thousands of poisoned Americans, DuPont, ever the caring corporate citizen, finally stopped using PFOA in 2013 and are instead using the substitute process it internally proposed back in 1993.

So Huzzah? Kind of. But here's the thing: even the replacement chemicals could be harmful as there's an "unknown human effect." But don't fret. If there's carcinogenic qualities to these chemicals, maybe DuPont will be held to kind of account in 50 years.

Amazon not going to apologize to OSHA, will probably buy OSHA

[contextly_sidebar id="lg0Ligf8wucj61mmqELEbXPu2XT8QtmC"]The Occupational Safety and Health Administration fined Amazon a whole $7,000 for a New Jersey warehouse's failure to report workplace ouchies or provide cumbersome protective gear, as well as for exposing employees to amputation risks. The government also noted that Amazon's hired medical personnel "provided medical care beyond what is allowed by their licensing and certification, without the supervision of a board-certified qualified medical professional licensed to practice independently.”

Employee: "I think I hurt my back."

Amazon Free Market Faith Healer: "Hmm. Take two 'get-back-to-works' and call me in the morning. Don't forget this counts as your break."

Amazon is disputing OSHA's findings, and thoroughly Corp-splained its commitment to workplace safety. We're skeptical but hopefully no more Amazon employees will have to use their last breath to utter something like, "Tell my family I died as I lived - working insane hours in shitty conditions so that some asshole doesn't have to wait more than 24 hours for his new Joel Osteen book and a year's supply of salt water taffy."

[contextly_sidebar id="2l0hlJNO1C3SKaWYqYBmjZLJhvAuD9LM"]On Thursday, Goldman Sachs settled with the Justice Department and other government entities for its role in setting the economy ablaze in 2008. Fraudulent marketing of worthless mortgage-backed securities to its customers? Sure. Criminal charges for any key players who facilitated this systematic fraud? Nah, we're good.

We assume $5 billion is a big fine. So big that Goldman shares were down nine cents following the announcement. Hit 'em where it hurts, Justice Department! Never Again (but probably again...).