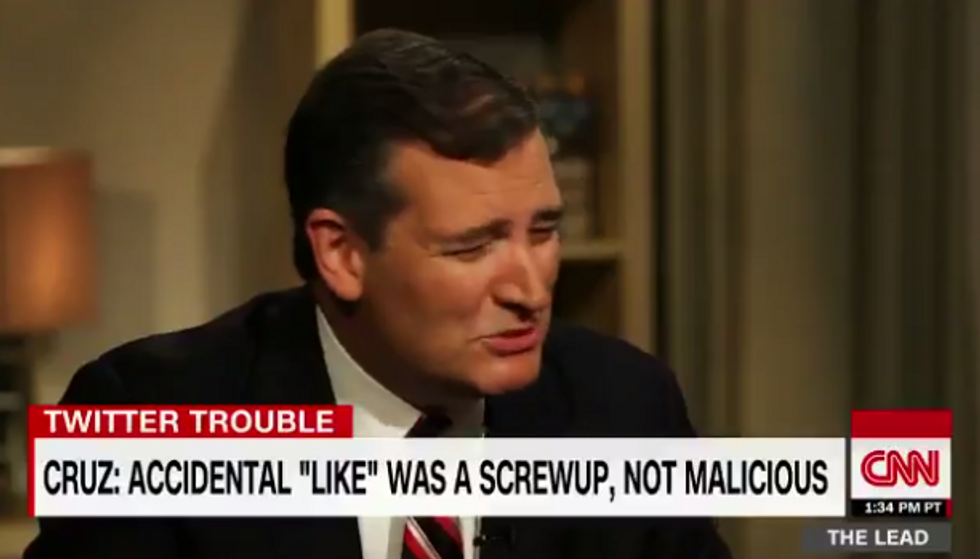 We got this screengrab on the FIRST TRY. God is good.

Ted Cruz: Consenting adults should be able to do whatever they want in their bedrooms; “The media and the left seem obsessed with sex” pic.twitter.com/UlJOIoPjcI