If Trump Doesn't Get His Border Wall, He'll Hold His Breath Until The Economy Turns Blue 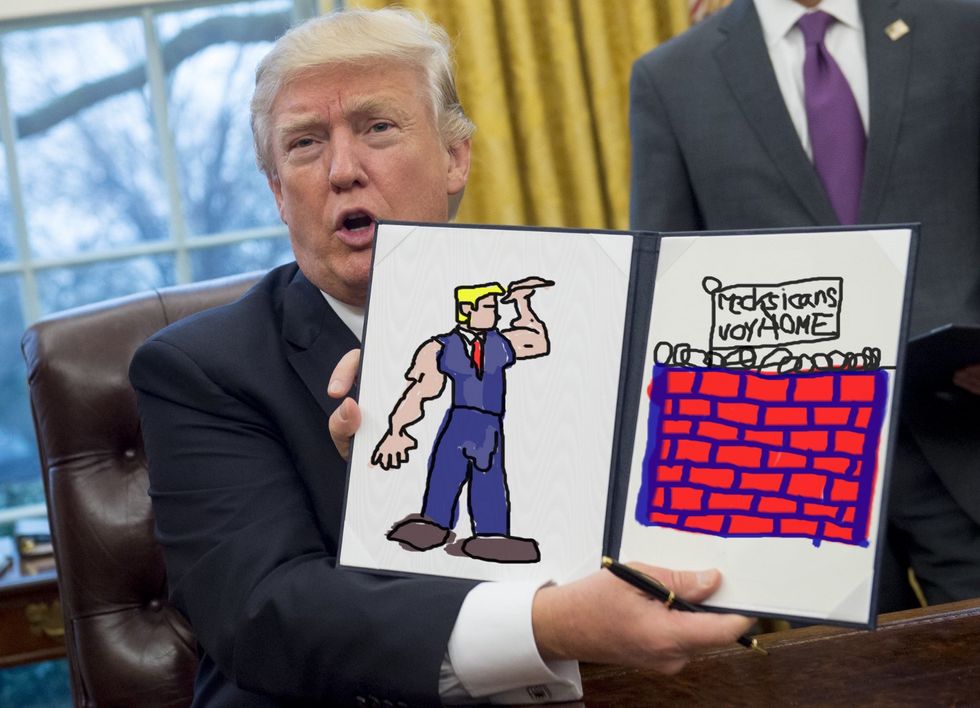 Is Donald Trump going to crash the US economy if he doesn't get to build his Fuck You Mexico Wall? Could he really be stupid enough to provoke a government shutdown if he can't extort taxpayers into funding the wall that he swore the Mexicans were totally going to pay for?

Again, the Border Patrol today, I said, how important is the wall to some of the folks? I met with a lot of them. And they looked at me, they said, it's vital. It's vital. It's so vital. And you know, we have walls. I don't know if you know, we're already starting to fix a lot of the walls we already have, because we don't have to rebuild them. And we want walls that you can see through in a sense. You want to see what's on the other side. But we're starting to fix a lot of the walls. We've done a lot of work.

At Tuesday's Nativist Pitchfork Jamboree in Phoenix, Trump riled up the deplorables with his signature blend of rage and incoherence. Did he bash the state's two Republican senators, including the war hero who is getting treated for brain cancer? HE DID. Did he promise to pardon convicted felon Joe "Concentration Camp" Arpaio? HE DID. Did he mention the 10 American sailors missing in a naval accident in the South China Sea? NOPE.

But he did threaten to shut down the government next month if he doesn't get money to build his stupid border wall.

Build that wall! Now the obstructionist Democrats would like us not to do it. But believe me, if we have to close down our government, we're building that wall.