If You're One Of Ashley Madison's 40 Million Gross Cheating Whores, We Have Bad News 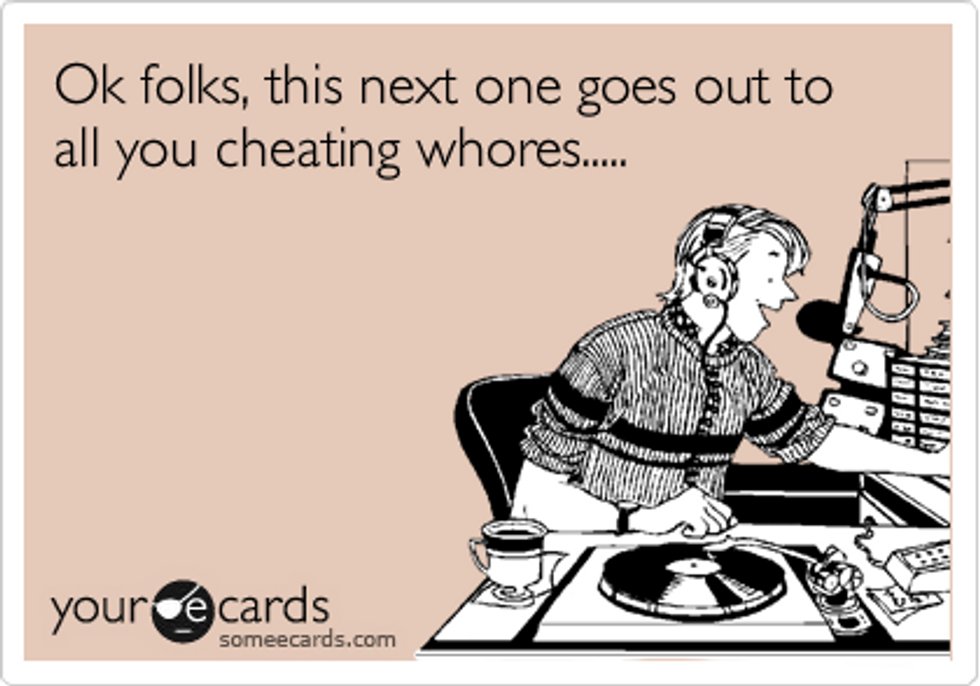 DELETE YR ACCOUNTS, SHEEPLE. If you are one of the gross pervs who has been gross perving it up on the Ashley Madison website -- tagline "Life is short. Have an affair" -- your wife or husband or life partner may be about to find out about how gross you are, at which point they will be divorcing you and taking all your money for the rest of your life, because the judge will agree that you are a very bad gross perv cheater. And how will they find out? Because Ashley Madison got hacked, and the hackers took all the info on 40 million people, from the United States and that cute snowy "Canadia" country that sits just to the north, and they are threatening to release it if their demands are not met:

Reached by KrebsOnSecurity late Sunday evening, ALM Chief Executive Noel Biderman confirmed the hack, and said the company was “working diligently and feverishly” to take down ALM’s intellectual property. Indeed, in the short span of 30 minutes between that brief interview and the publication of this story, several of the Impact Team’s Web links were no longer responding.

“We’re not denying this happened,” Biderman said. “Like us or not, this is still a criminal act.”

Now you're probably thinking, oh, the hackers are morally outraged that 40 million people out there have an actual website where they can go and say "Hello, I am a married man who would like to fiddle with the G-spot of another man's wife, and you are a married lady who would like to do BDSM fantasy stuff with a married man, instead of with your boring husband, IT'S A MATCH!" But that is not the truth! They're actually pissed because Ashley Madison's purported ability to keep all its users' secrets, through an outside service called Full Delete, apparently does not Fully Delete profiles, and well, that's just maddening and unfair:

According to the hackers, although the “full delete” feature that Ashley Madison advertises promises “removal of site usage history and personally identifiable information from the site,” users’ purchase details — including real name and address — aren’t actually scrubbed.

“Full Delete netted ALM $1.7mm in revenue in 2014. It’s also a complete lie,” the hacking group wrote. “Users almost always pay with credit card; their purchase details are not removed as promised, and include real name and address, which is of course the most important information the users want removed.”

So now they're releasing this data a little bit at a time, and they say they'll release more and more for every day Ashley Madison and another one of its affiliated properties stays online:

“Avid Life Media has been instructed to take Ashley Madison and Established Men offline permanently in all forms, or we will release all customer records, including profiles with all the customers’ secret sexual fantasies and matching credit card transactions, real names and addresses, and employee documents and emails. The other websites may stay online.” [...]

“Too bad for those men, they’re cheating dirtbags and deserve no such discretion,” the hackers continued. “Too bad for ALM, you promised secrecy but didn’t deliver. We’ve got the complete set of profiles in our DB dumps, and we’ll release them soon if Ashley Madison stays online. And with over 37 million members, mostly from the US and Canada, a significant percentage of the population is about to have a very bad day, including many rich and powerful people.”

A pox on ALL your whore houses!  Now, because there are "rich and powerful people" doing gross whore dalliances behind their spouses' backs, we are very curious about who the hackers are. Could it possibly be Gawker? Nah, they are not that S-M-R-T. Besides, ALM's head honcho says the company is pretty sure it's figured out who is behind this, not a former employee but maybe a contractor, and he says that's probably why all this leaking is happening right now.

But we promise that if they release all that secret information and we learn that Donald Trump likes to be peed on, we will post on it, for journalism, but we won't post on randos who aren't newsworthy, because #ETHICS.