Dreamer Lindsey Graham: 'Free Speech Is a Great Idea, But We're In a War' 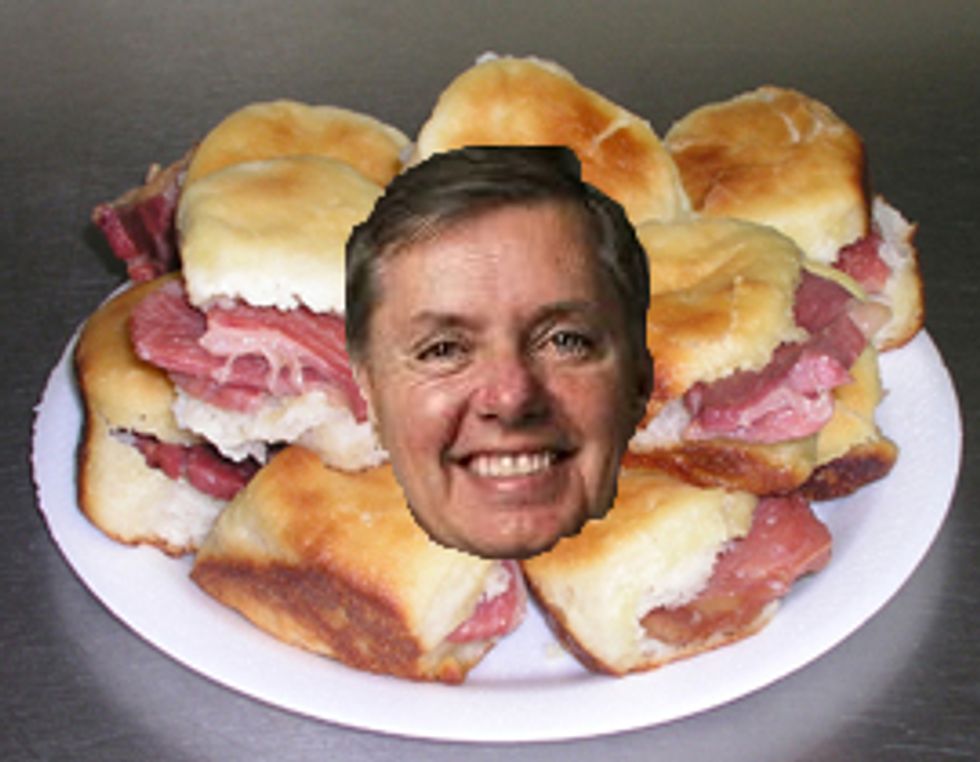 Apparently last year's Koran-burn-threatening pastor Terry Jones decided he wasn't getting enough attention, so last week he actually did go through with burning itself. Normally a pastor saying hateful things who only has a half dozen or so followers would be ignored, but because we've been graced with a thing called the modern news media, this everglade cretin's actions were once again dutifully and enthusiastically reported, and the news reached Afghanistan, where the awaiting hideous face of humanity used it as an opportunity to murder 22 people. For Lindsey Graham, the scent of burning paper and human flesh was as sweet as the smell of freshly made ham biscuits, a chance for the government todevour free speech in the name of war.

I wish we could find some way to hold people accountable. Free speech is a great idea, but we're in a war. During World War II, you had limits on what you could do if it inspired the enemy.

So according to Lindsey Graham, Americans at home couldn't show their hatred for the Germans back then, because that might have incited the Germans to want to kill them. Huh? Tell that to Donald Duck. Americans loved inciting the enemy. That's why they put their immigrant relatives in camps! (Maybe. There must have been some reason.)

You know what? We're always going to be in a war, thanks in no small part to the Lindsey Grahams of the world.

Somebody likes free speech! If you love free speech so much you should do it in the dark depths of a closet where nobody can see you. That's where Lindsey Graham does his most cherished things, and it seems to be working out great for him. [Reason]