In Which Dear Leader Trump Celebrates Veterans With Hymns To Himself 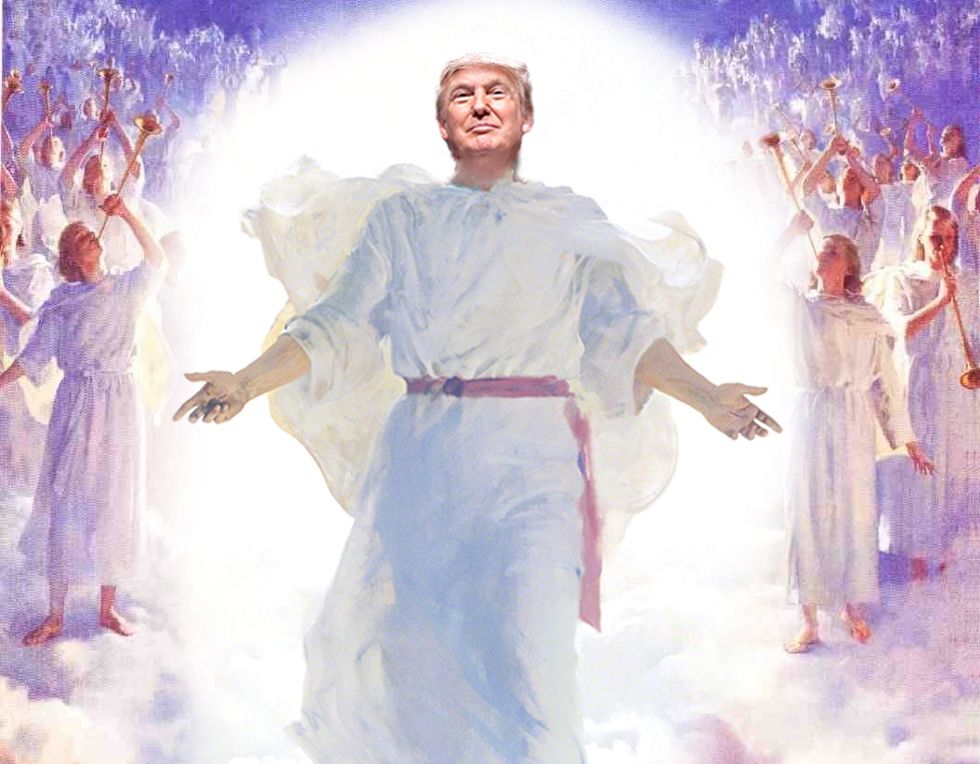 This weekend, after spending most of the week alternating between tweeting attacks at the news media and whining about the news media reporting on his tweets instead of writing about how he is awesome and doing totally good stuff, Donald J. Trump spent approximately $400,000 of taxpayer money to attend a "Celebrate Freedom" rally at the Kennedy Center. Which ostensibly had something to do with veterans, but more importantly, with Donald J. Trump and pictures of Donald J. Trump and songs about Donald J. Trump, and also gross anti-gay pastor Robert Jeffress. And, uh, Christmas.

The celebration included, I shit you not, a HYMN TO HIM. Yes, the First Baptist Dallas Church sang a song called "Make America Great Again."

The First Baptist Church in Dallas serenaded our Commander-In-Chief with a song based on his motto "Make America Great Again" pic.twitter.com/i3kJbK0LH2