Indiana Governor To Poors: Eat This! 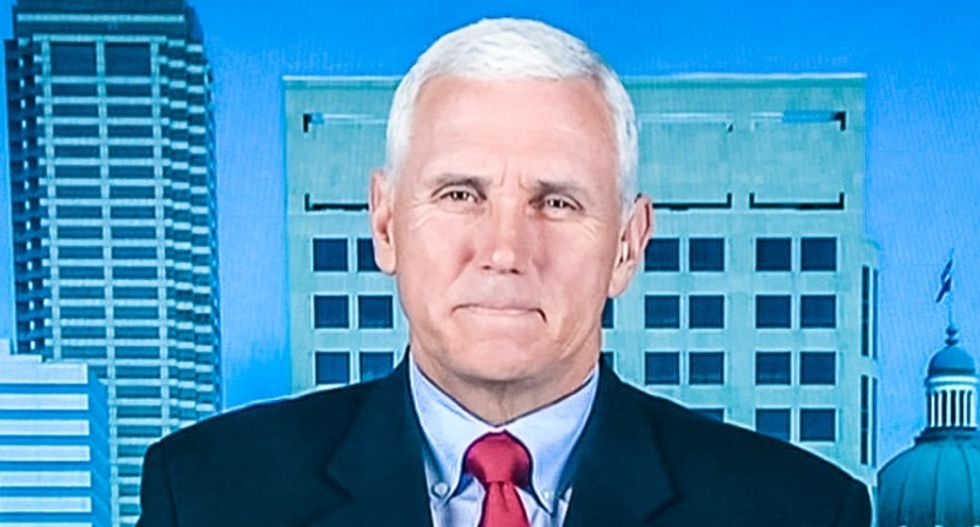 Indiana Gov. Mike Pence has some thoughts about the poor, and those thoughts are quite inspiring! You see, what with more people entering the workforce, Indiana's Family and Social Services Administration decided not to renew a waiver from work requirements for people on food stamps, because "welfare reform." On Tuesday, Pence explained on Fox News that it's only fair to require people to get jerbs or jerb training if they want to eat. And when Fox's Brian Kilmeade asked, “How do you feel about people who say you are targeting poor people?” Pence had a reply that was just full of inspirational thoughts:

“I’m someone that believes there’s nothing more ennobling to a person than a job,” Pence insisted. “And to make sure that able-bodied adults without dependents at home know that here in the state of Indiana, we want to partner with them in their success.”

“You know, it’s the old story,” he continued. “Give someone a fish, and they’ll eat for a day. Teach them to fish, they’ll eat for a lifetime. I think this is an idea whose time has come here in the state of Indiana.”

Not that there are necessarily enough jobs out there; as Think Progress noted last month, there are roughly 2 million job-seekers in the Midwest chasing after maybe a million jobs. But that's OK, because Indiana is making a point of telling poor people to go fishing, which is ennobling. It's not Mike Pence's fault that there aren't any fish in the lake, now is it? (Also, there's probably a chemical plant dumping all sorts of wonderful mystery sludge into the lake, but that's another matter). It's quite simple: if you tell people they have to get jobs, the jobs will appear. That's just basic supply and demand.

Some crazy liberals are calling on Indiana to actually help the poors find work before yanking their food stamps:

“Let’s figure out what the goals are for these able-bodied adults without dependents, and then let’s build a program that meets those goals,” Jessica Fraser of Indiana Institute for Working Families told the Indy Star. “That seems to make a little more sense to me.”

Good gravy, lady, didn't you hear the man? Work is embiggening, and he has a proverb and everything to prove it. Besides, if the poors aren't catching any fish, they can just go to the Food Bank like people who have jobs. Just as long as they don't leave their kids in a park while they do that, the irresponsible jerks.