Indiana Republican Sorry For Sending Everybody His Sex Tape, Will Resign Now 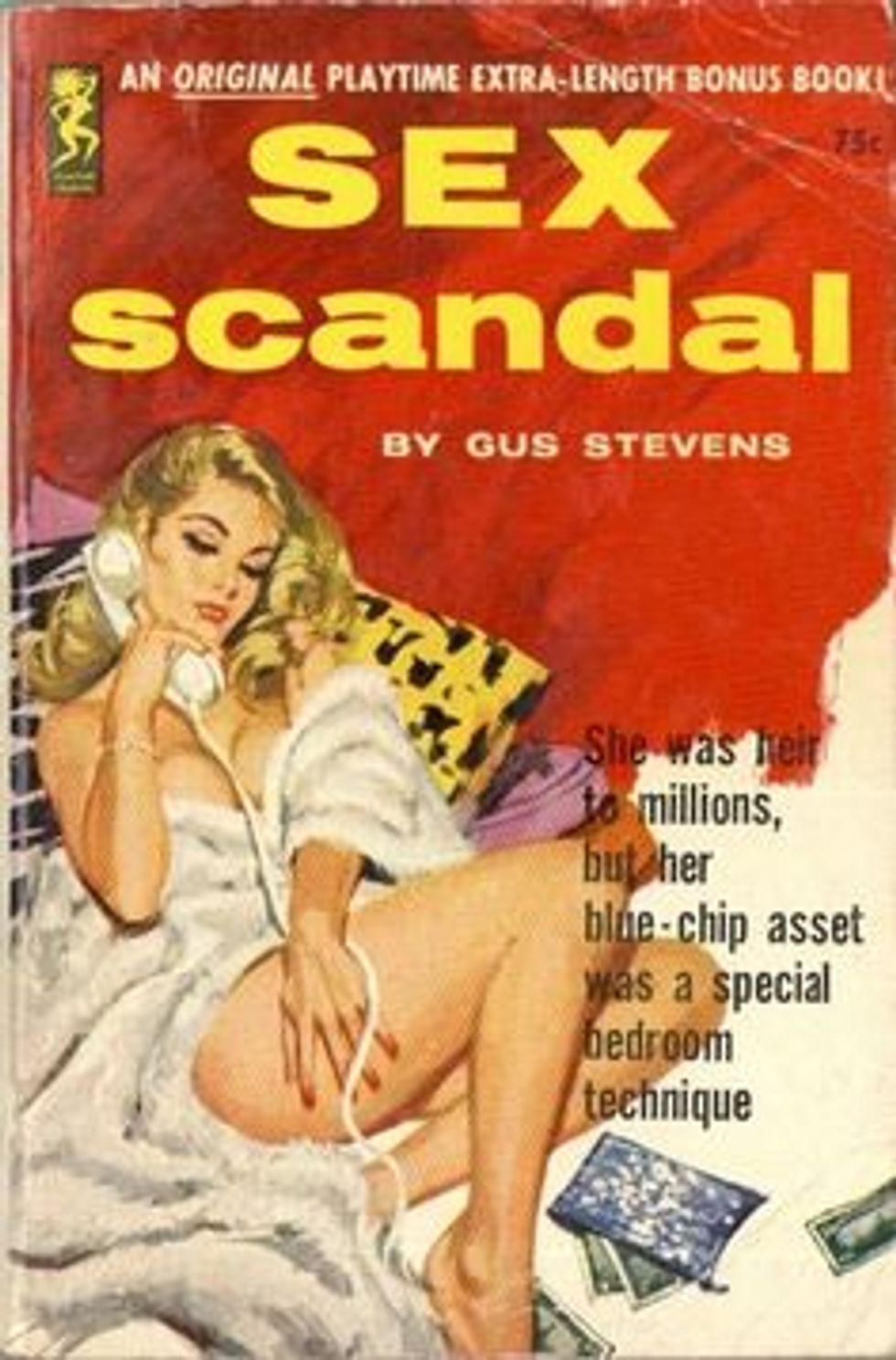 UH OH, is it Cocktober yet? No, we still have one more day before the annual festival where all the politicians of both parties (but mostly Republicans) unzip their onesies and start rubbing their genitals against constituents, hooker sex ladies, hooker sex gentleladies, dead girls, live boys, and the like. But here's some foreplay for you! This guy, state Rep. Jud McMillin, a (duh) Republican, WAS the state house majority leader in Indiana. But he has resigned, on account of there were some kind of sexy no-no videos on his Obamaphone:

Sources close to the Republican caucus said someone obtained McMillin’s phone and discovered at least one video that showed the lawmaker involved in sexual contact. The sources did not detail who else was involved.

Oh yes but he didn't put it there! Because see, he was dead at the time, and the dog ate his homework, and also this excuse:

McMillin said in a text message last week, "My phone was stolen in Canada and out of my control for about 24 hours. I have just been able to reactivate it under my control. Please disregard any messages you received recently. I am truly sorry for anything offensive you may have received."

The old "stolen in Canada" thing. Works every time. Or maybe he is lying, and he's never even been to Canada. But wow, must have been some video! Because remember how "sources say" he was IN the video, doing sex to something or someone? Maybe the Canadian robber intended to sell the phone on the black market, but instead found hot sex videos of the Indiana politician and decided it would be best to go ahead and text them to everyone he's ever met. Who can say?

Hey, Indianapolis Business Journal, is this the first time this guy has resigned from a job under questions about sex?

This is not the first time McMillin has resigned from a job under questions about sex. He resigned as an assistant prosecutor in Montgomery County, Ohio, in 2005 after he had a relationship with the victim in a domestic violence case he was prosecuting. He told the Dayton Daily News that the relationship began after he stepped off the case.

But the woman said in an affidavit that during the time the two were sexually involved, McMillin told her she would be arrested if she did not testify against the man accused of abusing her—even though she had repeatedly said she did not want to press charges.

And is that it? The fuck you say. The Bilerico Project has a veritable children's treasury of all the times Jud McMillin has been terrible and bad. Vehicular homicide when he was a teenager? Check. More sexting? Ayup, and with the domestic violence victim just mentioned, whose name is Crystal Stapleton. You see, while Stapleton's boyfriend was facing charges, she and McMillin were fuckin':

Wow, Jud McMillin! We're starting to understand why whatever was on that phone might be resignation-worthy!

We ARE hoping and praying that whatever videos were on his phone are simply mid-grade Republican disgusting, like maybe he was boning interns in the Luby's parking lot. Or maybe he was simply pleasuring himself (with his balls tied to an office chair!) and sending sexts to interns, like those yucky pervert Republican legislators in Missouri. OR MAYBE McMillin is one of those bipartisan type lawmakers, and he asked his Democratic friend Indiana state Rep. Justin Moed for the phone number of sad porn star whore lady Sydney Leathers, who TENDS to confine her perving to the Blue Team. Moed had to say he was very sorry for sexting her just this year! She's also the one what Anthony Wiener was sexting behind Huma's back. Maybe McMillin wanted to try his hand at fingerbang-texting her, with emojis.

Or maybe it's more disgusting than that, because ugh, Republicans and also ugh, this guy seems like a piece of work. Regardless, McMillin says he's leaving to "focus all of my attention on making my family's world a better place." Hopefully not with his sexts!

Also, the Indianapolis Star says McMillin's not married, so if this isn't a cheaty scandal, then ... yeah, it could be real gross. Happy Cocktober!