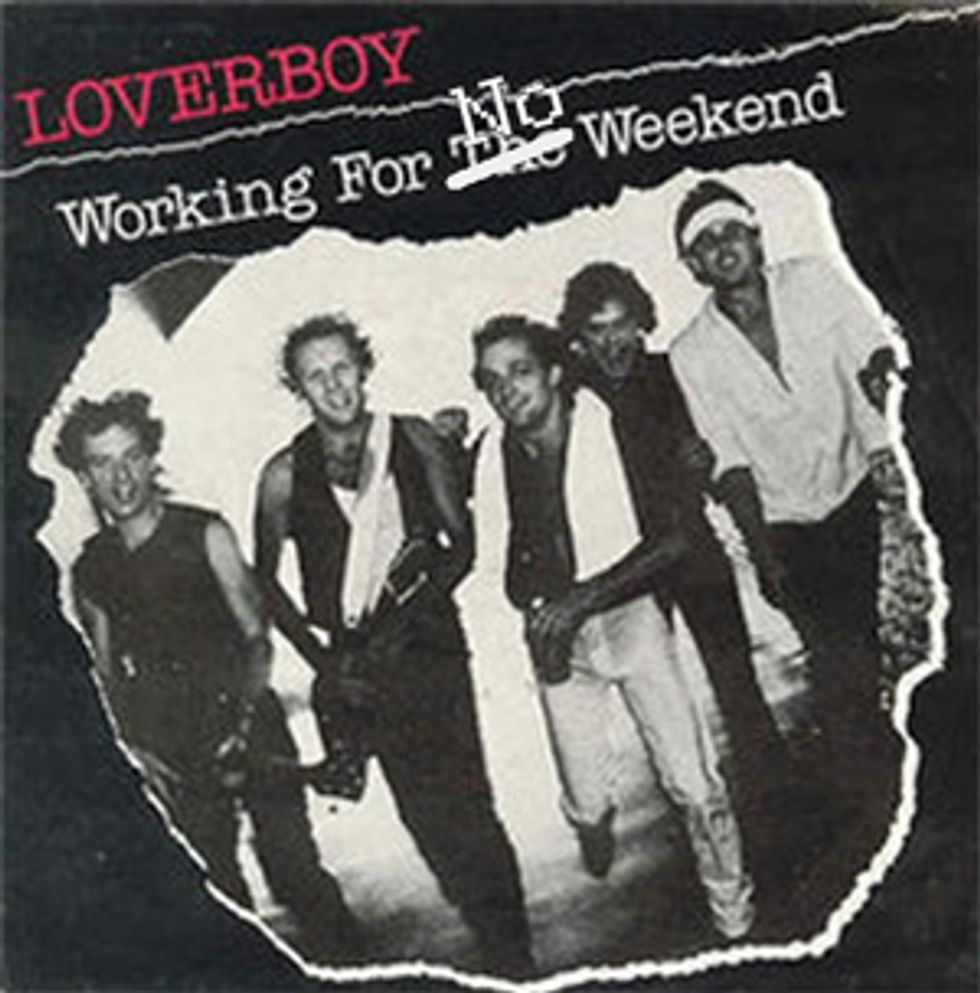 Hey, remember how Scott Walker declared Wisconsin wide open for business, told public employee unions to STFU, and the state dropped tonew lows in job creation? Now some bright minds in the state lege have a can't-miss proposal to bring prosperity roaring right back: a bill that would allow workers to "volunteer" to work seven days straight without a break.

The measure's authors, Sen. Glenn Grothman of West Bend and Mark Born of Beaver Dam, say the bill brings Wisconsin in line with federal law, gives workers a way to make extra money and employers a way to boost production. But Democrats and labor leaders insisted bosses would use the bill to force their employees to work longer and effectively erase the weekend.

Sounds like a great step forward in efficiency and productivity! We can hardly wait for the Wisconsin GOP to announce its exciting new laws allowing voluntary child labor and voluntary lose-your-arm-in-the-meat-grinder fun.

Under Wisconsin's burdensome, possibly communist-inspired labor laws, employers are required to give workers at least 24 consecutive hours off every seven days. The new proposal would allow workers to "choose" to work seven days straight with no break.

The proposal was the brainchild of a business group, Wisconsin Manufacturers and Commerce, which brought the idea to Born and Grothman after the group discovered that federal law doesn't limit consecutive work days, just as long as regulations on minimum wage and overtime are met. So hey, why should Wisconsin workers get a cushy free ride that is anything better than the absolute minimum under federal law?

When they originally floated the proposal, Born and Grothman emailed fellow lawmakers saying that they'd been contacted by businesses whose employees were begging for the chance to work longer without those pesky mandatory rest days. Asked to identify the businesses and employees who had asked for that, Born clarified that actually he'd only talked to the industry group. Still, they bet lots of workers would be demanding the chance for longer work with no break, if only they knew that they could get some help from the legislature to achieve their dreams:

"Here's an opportunity for folks to work together to get things done in a positive way for the employer and the employee," Born said. "It just seems like a win all the way around."

Opponents of the bill said that the proposal was ripe for abuse, predicting that the real choice many workers would have would be to "volunteer" to give up days off or to be fired, although at some more progressive workplaces, people who chose to never see their families would merely have an advantage over those who took days off.

Rep. Cory Mason, D-Racine, called the legislation a "slap in the face to ordinary working folks in Wisconsin."

"Workers fought long and hard for a 40-hour work week and the weekend," Mason said. "People deserve at least a day off a week. It's a legal protection for a reason."

Grothman, on the other hand, accused Democrats of wanting to oppress the fictional workers who he imagines have been clamoring for longer work periods:

"It's ridiculous when people want to work extra hours why Democrats would stand in the way of that," he said. "I don't know why some people want some people to remain poor."

Oh, those terrible Democrats, what with their cruel roadblocks to success. Expect this brilliant idea to be all over Fox News soon. And expect Legislative Shitmuffin of the Year Award nominations for Glenn Grothman and Mark Born.

[Journal-Sentinel via tip from Wonkette operative the Wisconsineer]