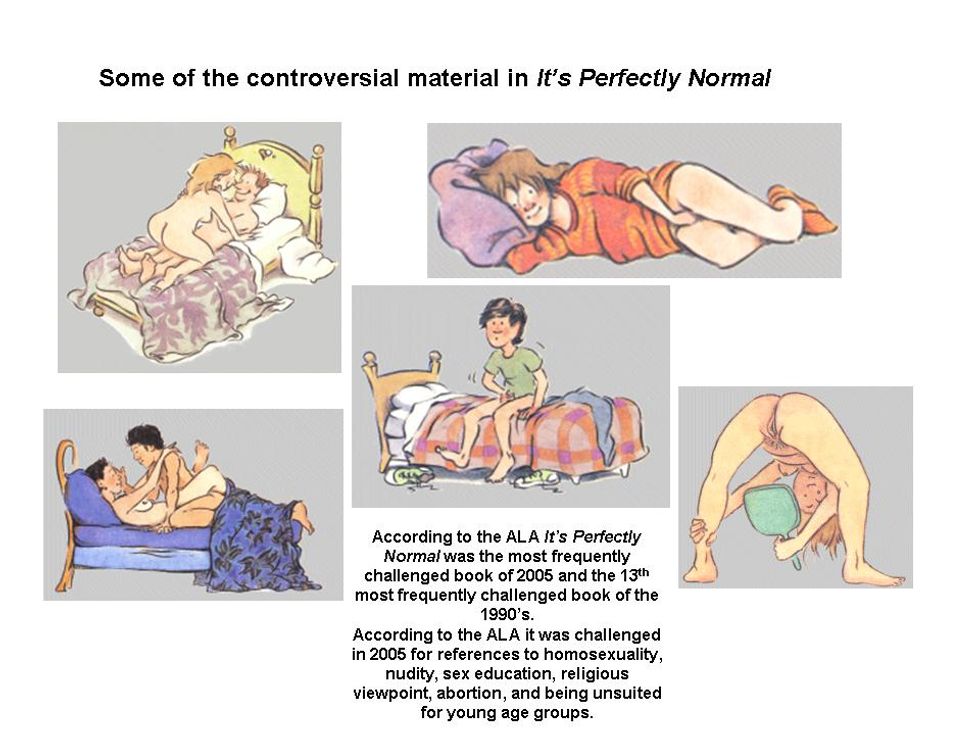 You may have thought that we had something called "Freedom of the Press" here in America, but it turns out that there is no freedom for people who simply want to buy an ad in the New York Times to explain that Planned Parenthood uses pornography to "indoctrinate children and teens into a sick culture of sex." And here is a link on the internet to prove just how oppressed the "American Life League" is by the Stalinist New York Times! The League of angry dingbats therefore recently issued a statement "questioning why major news outlets like the New York Times and Washington Post have declined their recent request to run ads highlighting the methods Planned Parenthood uses to target young kids," implying that the ads were rejected for their "graphic content" rather than for being "bugfuck insane." Way to go, major media outlets! By rejecting these paranoid ads, you have simply proven the League's point that Planned Parenthood's pornographic sex ed materials are too obscene for a family newspaper. For God's sake, Planned Parenthood even tells teenagers that masturbation is not embarrassing, in direct contravention of common sense, the Bible, and the Constitution of the United States.

At the heart of the Life League's Festival of Butthurt is a filthy, dirty, perverted book full of sex and voodoo, It's Perfectly Normal: Changing Bodies, Growing Up, Sex and Sexual Health, which, as it happens, we gave to Kid Zoom when he was 11 or 12. (And just look at what an unbalanced person he turned out to be!) Never mind what the Life League says, It's Perfectly Normal is not published by Planned Parenthood, although the organization does say nice things about it, which is exactly the same thing.

“If a dirty old man in a park showed ten-year-old children the graphic images Planned Parenthood pedals as education, he would be arrested. Planned Parenthood shows this smut to children and is awarded with more taxpayer money and the ability to determine the efficacy of its sex indoctrination, so it can get even more taxpayer money. It is time to stop this madness!”

Ha ha, "pedals." We would also note that "a dirty old man in a park" would probably be arrested if he tried to offer 10-year-old children chicken nuggets, teach them how to do somersaults, or tried to explain the difference between nouns and verbs. Just don't ask us how we know.

Thankfully, decent sex-fearing Americans have been fighting against the perverse notion that sex is "normal" since the book was first published in 1994, which has landed it at #12 on the American Library Association's Top 100 list of banned and challenged books. Yay, free speech!

Obligatory Firefly quote: "Excuse me, I'll be in my bunk."