Intelligence Experts Agree: Russia 5 To 10 Years Behind In Meme Technology 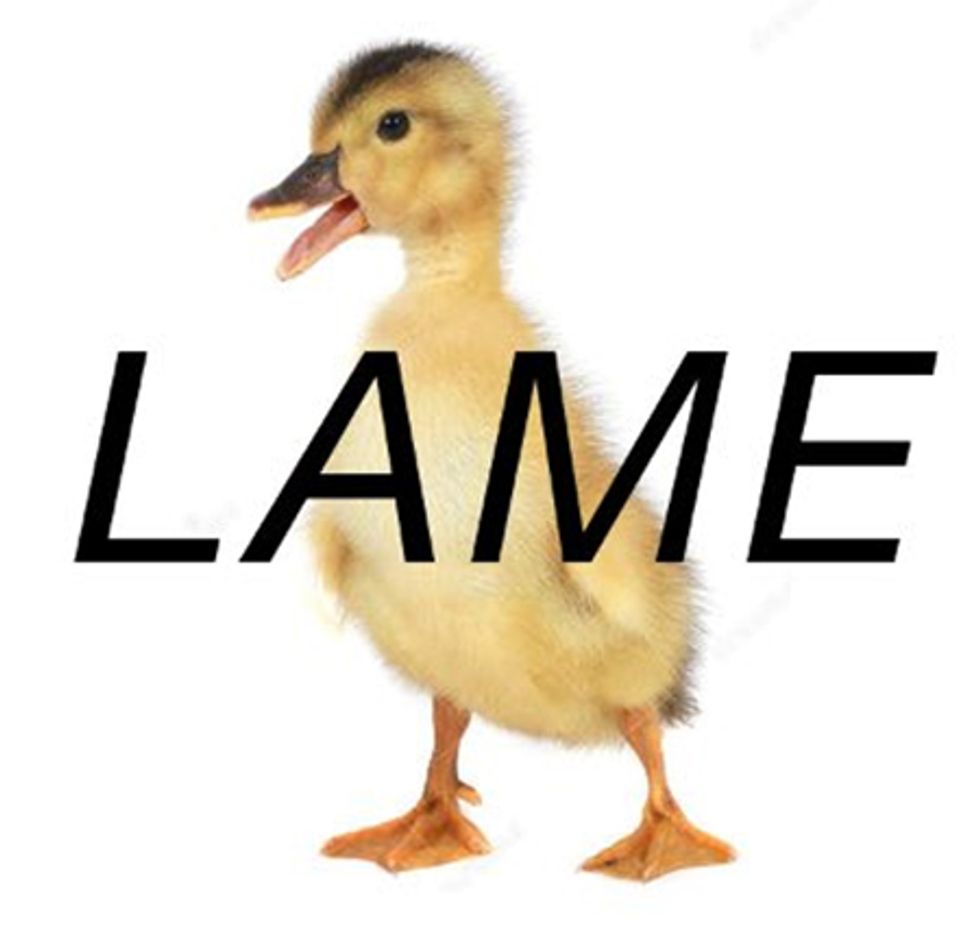 Mr. President, we must not allow a memecraft gap!

Now that the Obama Administration has expelled a bunch of Russian diplomats for pooping on our carpets and elections, the Russians have responded, not by throwing out a bunch of Americans, but with dank memes calculated to have the same effect on American morale that the Trump Flying Monkey Brigade has with its relentless trolling. However, it would appear that Russia's early efforts are the work of rank n00bs, not L337 haxxors. Still, intelligence analysts warn that it would be a mistake to assume the West can sit back and relax in the meme wars, as the Russians may be able to field fully weaponized memes within the year.

The first example deployed was this rush job from the Russian Embassy in the UK, which, while it contains an image and a word, barely even counts as a meme:

CIA technicians, noting that the quality of the pun "didn't even rise to the level of that Wonkette Chicken post," disassembled the Russian meme in the main lab at Fairfax, Virginia, and were astonished to find it was powered by vacuum tubes:

Following that crude initial effort, a second example from the UK Embassy quoted Russia's Ministry for Foreign Affairs (MFA) and included what appears to be a simulacrum of a political cartoon, only minus the funny:

This one's a puzzler -- we get the idea that somehow "Anti-Russian Sanctions" printed on a boomerang is supposed to suggest American sanctions will come back to hurt the U.S., but the metaphor is confused -- a skilled boomerang thrower is able to hit the target or retrieve the weapon without injury, especially if he's the Feral Kid from The Road Warrior. The clumsy choice of clipart is also confusing: what do the moon and Ayers Rock have to do with American sanctions? Is Russia suggesting Australian complicity in a cyberattack?

A third sample from the Russian Embassy in the UK isn't even a meme, really; it's just blah-blah invective:

Talk about a Russian hack! We have taken the liberty of improving this one a little:

The most sophisticated meme attempt so far has been this example directly from the Russian Ministry of Foreign Affairs:

There appears to be an attempt at a "Cold War" pun, as in the "duckling" meme, but if the intent is to chide the USA for needlessly reviving the Cold War, the darker, threatening implication that despite the expulsion of the diplomats, and the sanctions on Russian intelligence agencies, the Russian spy network is "still at work" undercuts the "we are but simple diplomats" message. Deliberate ambiguity or inept messaging? No telling. And why the photo of the U.S. Capitol with a Russian flag out front? The Russian Embassy doesn't have a direct line of sight to the Capitol. Are they supposed to be taking over, perhaps with the assistance of a battalion of Australian boomerang flingers? Definitely a mixed and ineffective message.

In short, the Russian attempts at trolling are presently weak sauce, but we must remain vigilant. It is unknown, for instance, whether the Russians have yet discovered the power of Pony memes.