Iowa Bill Would Allow Lawsuits Over 'Abortion Regret'; Suing For Electoral Regret Still Not An Option 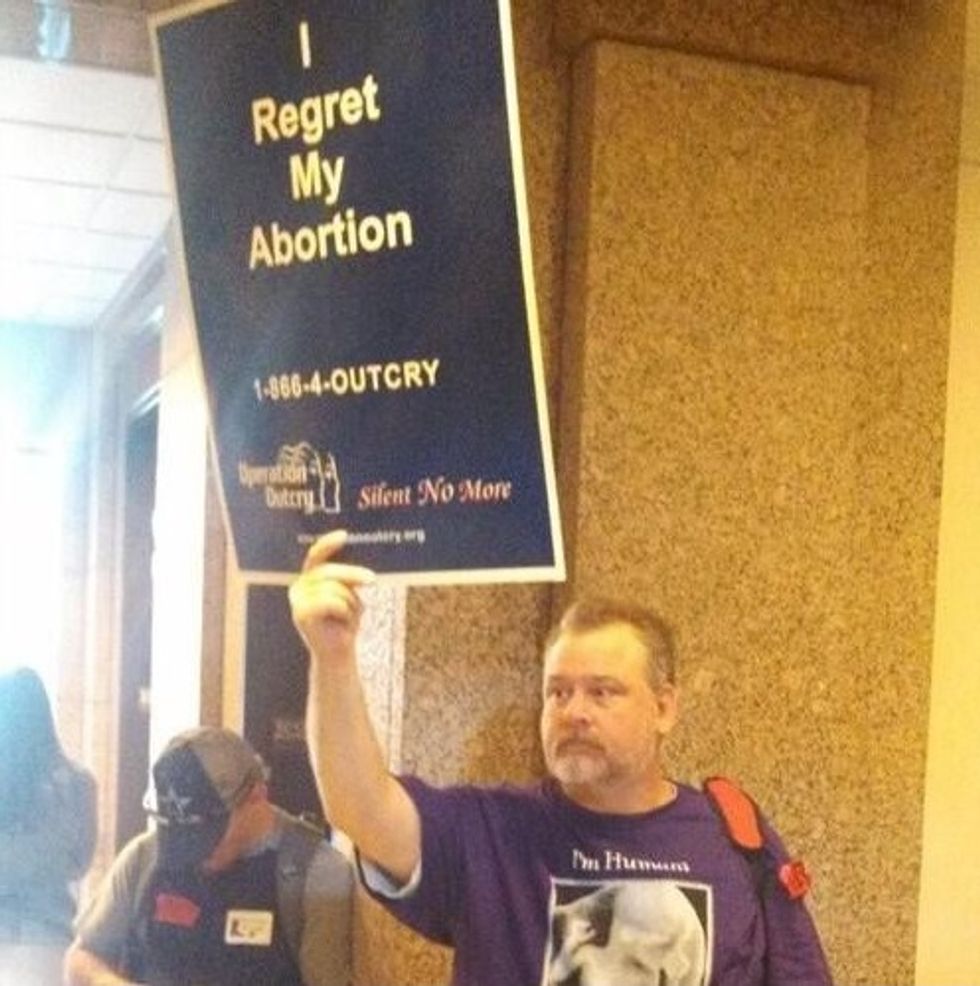 You've probably been wondering what new idiotic "prolife" laws were on the way, since it's been at least 26 hours since we discussed any here. Maybe even longer; we're not going to look! The newest brilliant idea is a billintroduced in the Iowa legislature that would allow patients up to 10 years to sue doctors for malpractice on the basis of "abortion regret," because apparently "malpractice" now includes "not anticipating that a patient might change her mind about an abortion at some point within the next decade."

The Iowa Abortion Regret bill -- and we should note here that, in the Sekrit Wonket Chatcave, "Iowa Abortion Regret" reminded Snipy of actual Minnesota band "Gay Witch Abortion" -- is a pretty innovative bit of legislation, since it would allow patients to seek damages for a surgical procedure that may have been performed flawlessly but that the patient decided later was a bad idea. Specifically, the bill, sponsored by Republican (do we even need to say that?) state Rep. Greg Heartsill, would

allow a woman to sue a physician to “recover damages for any physical injury or emotional distress” that results from the “physician’s negligence or failure to obtain informed consent." ...

In addition to suing for physical injury, a patient could sue for emotional distress, which would include a negative emotional or mental reaction, grief, anxiety, or worry.

The proposal would allow lawsuits even after patients sign an informed consent form, because obviously doctors should be able to predict that even a woman who has affirmed she understands the risks of the procedure might, for instance, someday join a church that encourages her to feel terrible over her earlier choices.

As far as the medical risks of abortions, those are already covered by malpractice law -- fortunately, abortion is a pretty safe procedure, with only about a 0.05% risk of complications when performed in the first trimester.

Supporters of the legislation claim that "abortion regret" should be recognized as a legitimate cause for damages, although neither the American Psychological Association nor the American Psychiatric Association recognize the existence of an alleged "postabortion traumatic stress syndrome" that some anti-choice groups claim is common. But it's a good catchy story, and it's one more way to harass abortion providers and drive them out of business. And of course, the more difficult and expensive it gets for women to access safe, legal abortions, the more likely it is that they'll seek out shady or unlicensed operators who actually will do harm -- and who may or may not carry any malpractice insurance at all.

The good news for this particular bad bill is that Iowa's Democratic-controlled Senate is virtually guaranteed to defeat the bill even if it passes the House, at least this time. But now the idea is out there, so it shouldn't be too surprising if similar measures start popping up in other states.