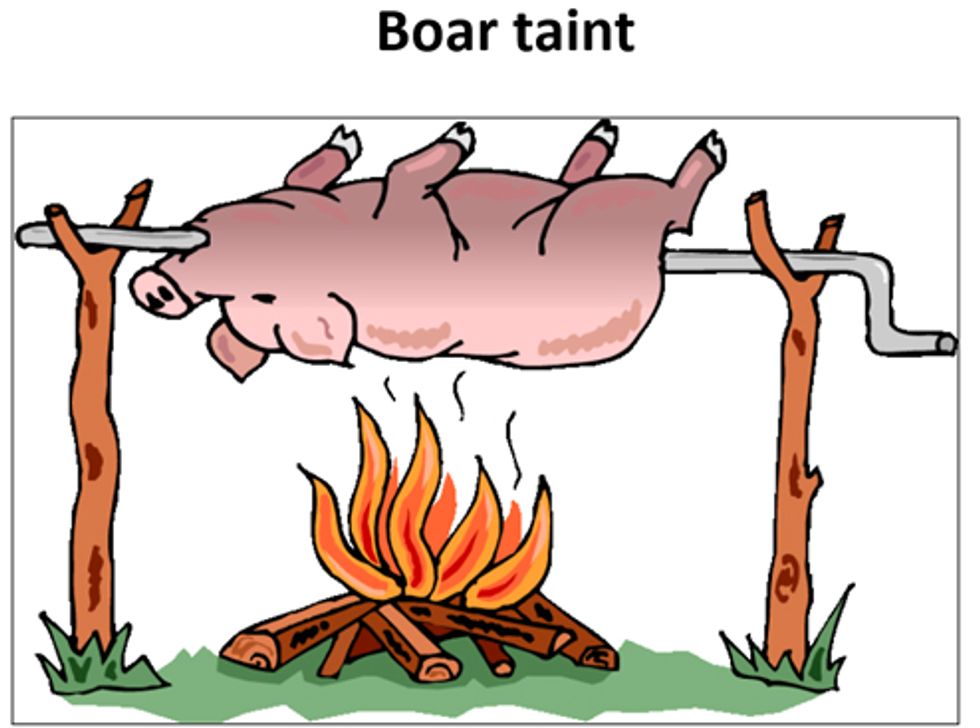 Who could have predicted this? Joni Ernst, whose adorablePigBalls ad won her Iowa's Republican nomination for Senate, is also afraid of the United Nations' Agenda 21, which she is pretty sure is a global environmentalist plot to force everyone to live in cities and mingle with hippies. The Iowa Democratic Party released an ad featuring Ernst at a campaign event last November, explaining what Agenda 21 is all about:

One of the implications to Americans, again, going back to what did it do to the individual family here in the state of Iowa, and what I’ve seen, the implications that it has here is moving people off of their agricultural land and consolidating them into city centers, and then telling them that you don’t have property rights anymore. These are all things that the UN is behind, and it’s bad for the United States and bad for families here in the state of Iowa.”

Yes, that is pretty much a Victoria Jackson level of stupid conspiracy bullshit. She's probably going to go all the way to Washington with that.

Out here in Real World Land, Agenda 21 is a nonbinding international initiative aimed at promoting sustainable development. It was signed by that enemy of private property, George H.W. Bush, in 1992 and includes terrifying suggestions like pursuing city planning policies that will produce less garbage and encourage commuting. It has no actual ability to mandate anything, and no enforcement mechanism. In WingnutLand, Agenda 21, like everything else the UN does, is a shadowy plot to destroy U.S. sovereignty, take away your land, exterminate farmers, force errebody to eat tofu, and probably take away your guns, too. And Joni Ernst is one of the folks who thinks that's a serious concern. And if the good people of Iowa will send her to the Senate, she'll cut the balls off the UN so they can never force anyone off their family farm.

We bet she's a real pip when you ask her about Common Core, too.

Even so, we're not sure that this ad is going to be much use, seeing as how it relies on a bunch of quotes from the lamestream media to portray Agenda 21 paranoids as kooky. Hell, everyone knows the Jews are all behind the big media anyway.

Follow Doktor Zoom on Twitter. He has a collection of pig castration manuals that can penetrate your very soul.