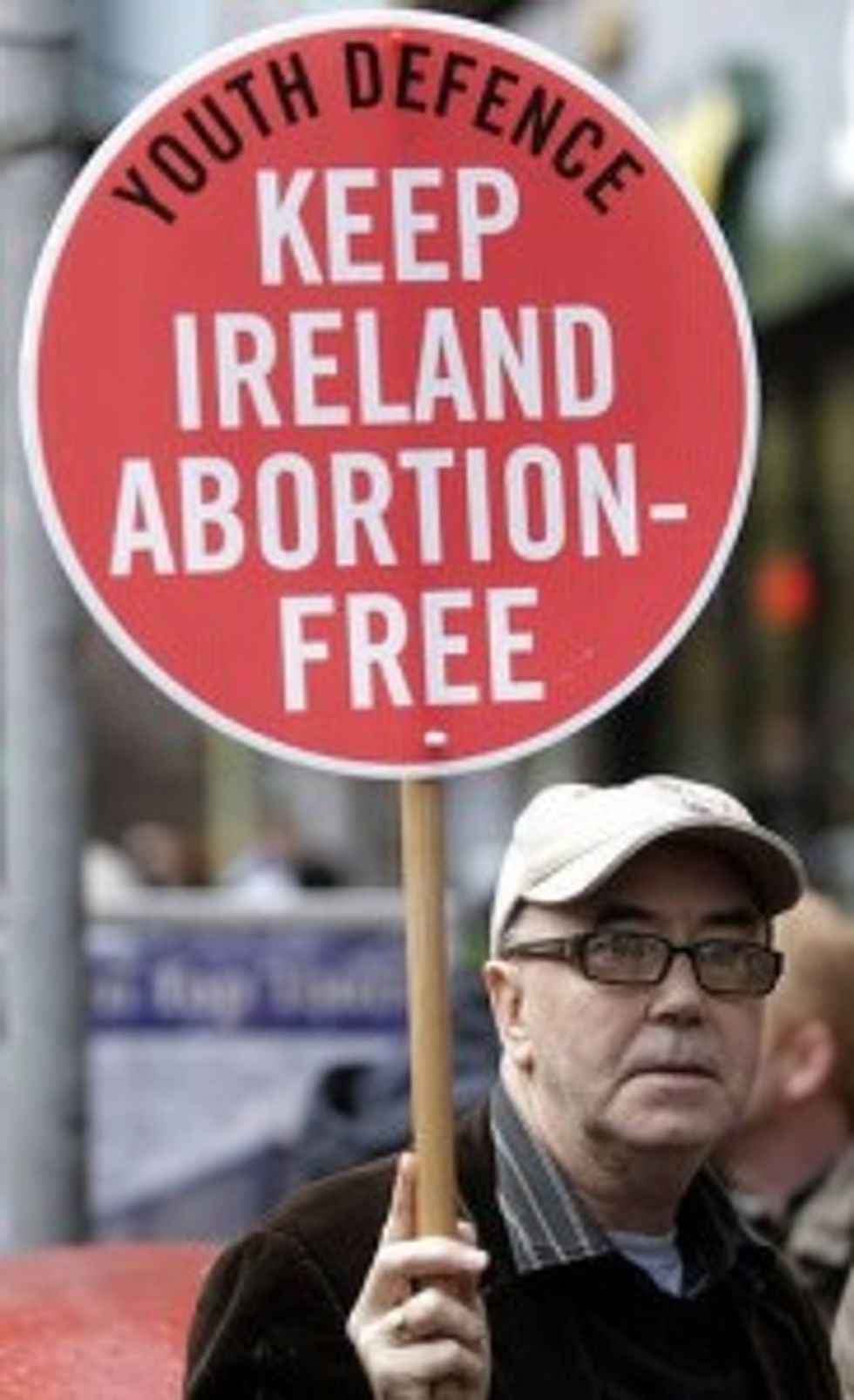 We were worried that you, the Wonkette Reader, might not have quite enough rage coursing through you today, and so here is the story, viaDan Savage at The Stranger, of Savita Halappanavar, a 31-year-old woman who died in Galway, Ireland, last month after doctors decided that, although she was already miscarrying and there was no chance her 17-week-old fetus could survive, she didn't quite qualify to have her life saved because the dying fetus still had a heartbeat. Ireland's abortion law only allows the procedure when the mother's life is in danger, just like the "moderate" position that Mitt Romney proposed, and which "pro-life" purists (including the 2012 GOP platform) oppose because, as Congressman Joe Walsh asserted in his final debate before losing his bid for reelection, "pro-life" people believe

And since they are quite sure of this, it is assuredly so.

We would like to invite Rep. Walsh to explain how "advances in science and technology" mean that none of the following, from the Irish Times, was possible in 2012:

Her husband, Praveen Halappanavar (34), an engineer at Boston Scientific in Galway, says she asked several times over a three-day period that the pregnancy be terminated. He says that, having been told she was miscarrying, and after one day in severe pain, Ms Halappanavar asked for a medical termination.

This was refused, he says, because the foetal heartbeat was still present and they were told, “this is a Catholic country”.

She spent a further 2½ days “in agony” until the foetal heartbeat stopped.

Speaking from India, where he had taken his wife's body for cremation and a memorial service, Mr. Halappanavar provided additional details of how Ireland's compassionate exception to a complete ban on abortions works in reality:

“The doctor told us the cervix was fully dilated, amniotic fluid was leaking and unfortunately the baby wouldn’t survive.” The doctor, he says, said it should be over in a few hours. There followed three days, he says, of the foetal heartbeat being checked several times a day.

“Savita was really in agony. She was very upset, but she accepted she was losing the baby. When the consultant came on the ward rounds on Monday morning Savita asked if they could not save the baby could they induce to end the pregnancy. The consultant said, ‘As long as there is a foetal heartbeat we can’t do anything’.

“Again on Tuesday morning, the ward rounds and the same discussion. The consultant said it was the law, that this is a Catholic country. Savita [a Hindu] said: ‘I am neither Irish nor Catholic’ but they said there was nothing they could do.

Irish health authorities are investigating the circumstances of Ms. Halappanavar's death. As Dan Savage notes, "Savita Halappanavar would still be alive if she had the right to make decisions about her own health care."

In other news that also suggests that it may be more useful to base health policy on science rather than on what some Christianists really really want to believe is true, io9 has a story about what may be the first comprehensive long-term study comparing the health and quality of life outcomes of women who have had abortions with the experiences of women who sought abortions but were, for various reasons, unable to get them. The five-year Turnaway Study, now in its fourth year, looks at women's "mental health, physical health and socioeconomic outcomes of receiving an abortion compared to carrying an unwanted pregnancy to term."

Among the study's preliminary findings, as publicized on their Facebook page:

Needless to say, this will have no effect whatsoever on the propaganda about the debilitating guilt suffered by everyone who's ever even thought of having an abortion.

Turnaways were more likely to stay in a relationship with an abusive partner than women who got abortions. A year after being denied an abortion, 7% reported an incident of domestic violence in the last six months. 3% of women who received abortions reported domestic violence in the same time period. [Lead researcher Diana Greene] Foster emphasized that this wasn't because the turnaways were more likely to get into abusive relationships. It was simply that getting abortions allowed women to get out of such relationships more easily. So it's likely that these numbers actually reflect a dropoff in domestic violence for women who get abortions, rather than a rise among turnaways.

The Turnaway Study, incidentally, is funded solely through donations, which, along with its needing a Facebook page, may be a comment on the state of public health research funding in 2012 U.S. Amercia. If you'd like to contribute, here's the link.

But in a better country, goddammit, they wouldn't need to beg. Then again, in a better country, health care policy would be at least tangentially related to medical science, and an idiot who thinks that embryology teaches "lies from the pit of Hell" wouldn't serve on the House Science Committee.

This is what a "pro-life" country looks like, and it's horrifying.