Is David Brooks Being Compelled To Christ By New Wife's Vagina? We Are Just Asking Questions 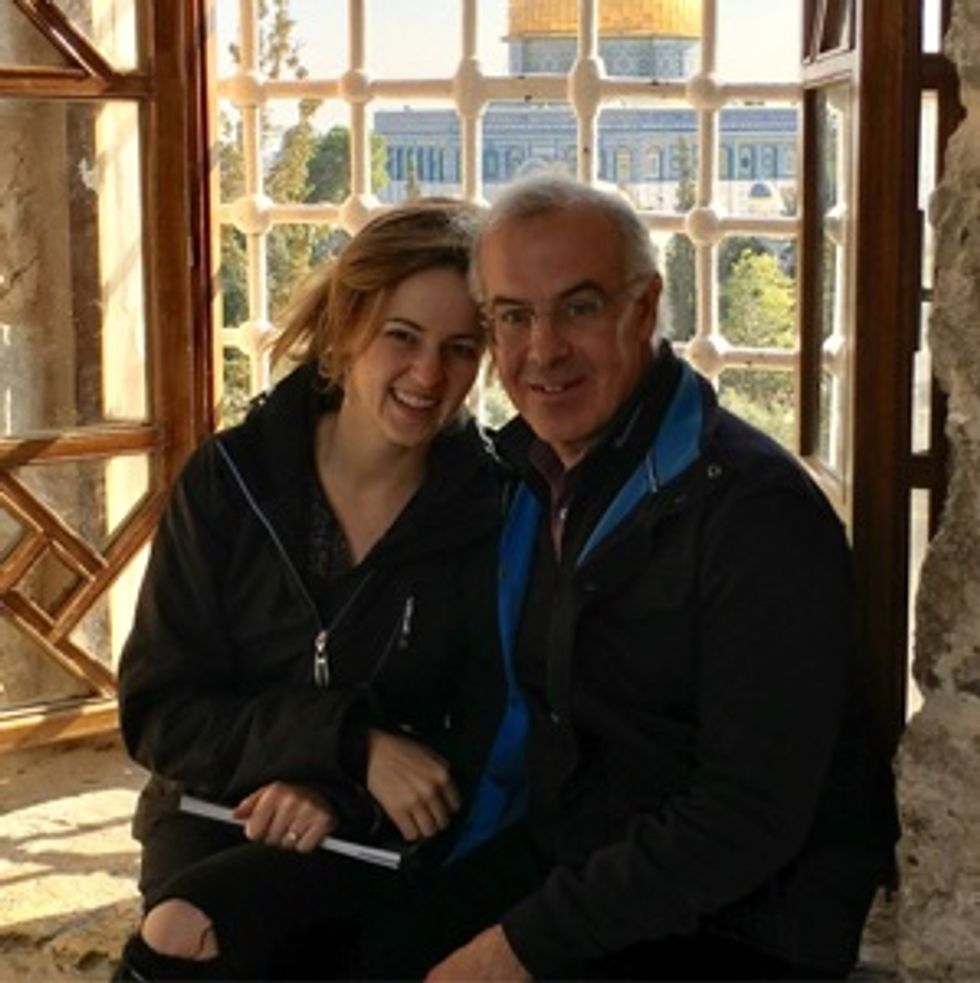 Here is a nice story of Nice Time! David Brooks, who believe it or not pens some of the less offensive twaddle for the New York Times, writes books about "character" and "morals," and taught a ... Harvard? Yale? (Yale) ... class about humbleness, has married! He is clearly very much in love with his bride, Anne Snyder, a good God-fearing Christian woman who is apparently leading him to Christ by way of her magic vagina.

After (or while?) Brooks and his previous wife -- who not only converted to Judaism for him but also "converted" her name from Jane to Sarah -- split quietly in 2015, he penned an outsized mash note to his young research assistant, Snyder, with his penis.

In addition, he would like to thank his wife Sarah, who also exists. Just kidding! She got a brief mention in the last paragraph of the acknowledgements for The Road To Character (really), in which he thanked her for taking care of their kids.

What a great influence Anne was to David! Did she have a degree or career in ministry? No, but she had a Christian background and let her moral character and faith shine in a way that significantly influenced her non-Christian boss [with her vagina]. You may not be getting a ministry degree right now, but that doesn’t mean you can’t be a light in this world in whatever career you choose!

A college degree can definitely help you get a great career, and at Oak Hills you will receive the added bonus of having a Christian education where you will learn and be equipped in biblical teachings [of the vagina]. You will be ready to take on the world in whatever path God sets before you AND you will be able to do it with his teachings in mind [and vag]. Shine your light and make a difference! Be a positive influence to those around you by showing them what Christian Faith truly looks like in a person and in the workplace.

The kind of Christian faith you can see with a speculum, apparently.

We can even influence, for good or ill, those “above” us. David Brooks is a nationally respected and honored columnist for the New York Times who is, by self-definition, not a Christian. A couple of years ago, he hired a recent college graduate named Anne Snyder to be his research assistant, because of how bright and articulate she is. He would soon also find out how decidedly Christian she is, radiating a vibrant faith [from her vagina].

While Brooks still identifies as an agnostic, he admits that knowing Snyder has changed his view of Christianity and made the faith more relevant to what he cares about. On his acknowledgement page in his 2015 book Road to Character, he writes that she challenged his previous superficial ideas, redirected his train of thought, and changed his book for the better. Brooks says, “I have certainly stolen many of her ideas and admired the gracious and morally rigorous ways she lives her life.”

You know what, fuck all these fuckers, done with them. Perhaps Snyder and Brooks didn't have an affair! Perhaps he just left his wife of 27 years for reasons that had nothing to do with Snyder's vibrancy and moral rigor and bright, joyous, youthful puss. Maybe his old wife was old! Maybe she was a rag! Maybe she didn't want to convert to Catholicism with Ross Douthat as her sponsor (ew) or have an affair with a young woman. There are all kinds of reasons they might have split that have nothing to do with infidelity. Look how chaste Dewey and Darlene were!

Anyway, best wishes to Brooks, 55, and his rightwing young bride, 32ish. May they bask forevermore in Jesus's love, amen.