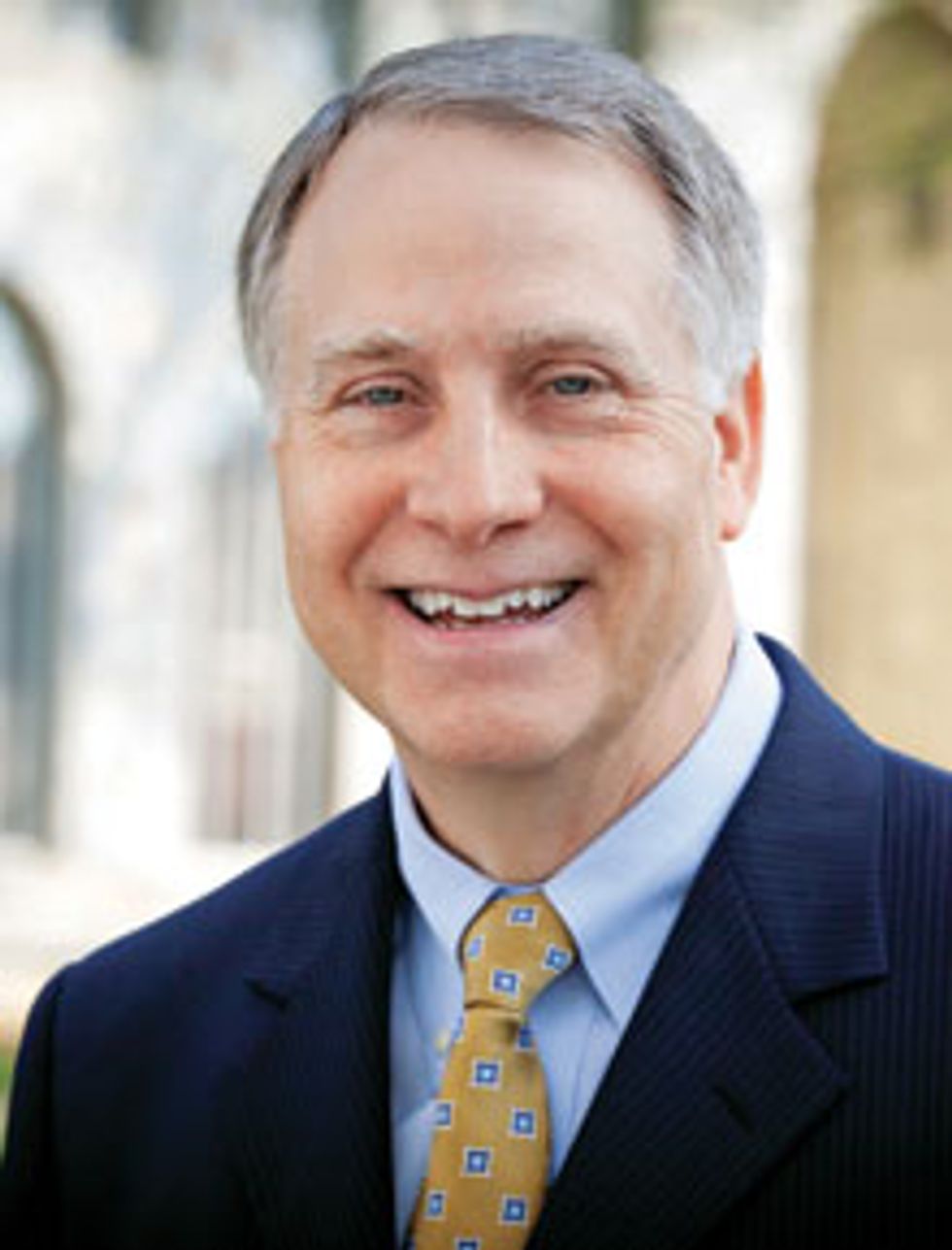 A guest post from your comrade Gary Legum. Here is the sum total of facts your Wonket knows about Emory University: it is located in Atlanta, and Emory’s current president, one James Wagner, is dumber than a bag of hammers. Okay, perhaps that last one is more opinion than fact. Here, let us read this stupid thing he wrote about how awesome the Three-Fifths Compromise was, enshrining the unequalness of all God's created men right thar in Jesus's Amercia Bible, to see if we change our minds!

During a Homecoming program in September, a panel of eminent law school alumni discussed the challenges of governing in a time of political polarization…One of these distinguished public servants observed that candidates for Congress sometimes make what they declare to be two unshakable commitments—a commitment to be guided only by the language of the US Constitution, and a commitment never, ever to compromise their ideals. Yet, as our alumnus pointed out, the language of the Constitution is itself the product of carefully negotiated compromise.

One instance of constitutional compromise was the agreement to count three-fifths of the slave population for purposes of state representation in Congress…As the price for achieving the ultimate aim of the Constitution—“to form a more perfect union”—the two sides compromised on this immediate issue of how to count slaves in the new nation.

True. Morally repugnant, but an undeniable fact. History! We wrestle with it!

Lowest common denominator? That is an interesting label for an action that allowed the continued enslavement of human beings in America. We don’t like where this is going.

I rather think something different happened.

Both sides found a way to temper ideology and continue working toward the highest aspiration they both shared—the aspiration to form a more perfect union.

Ground-proximity alert! Pull up! Pull up!

They set their sights higher, not lower, in order to identify their common goal and keep moving toward it…The constitutional compromise about slavery…facilitated the achievement of what both sides of the debate really aspired to—a new nation.

Too late. We’re going in.

As I write this, our country’s fiscal conundrums invite our leaders to wrestle with whether they will compromise or hold fast to certain of their pledges and ideologies about the future of our nation’s economic framework. Whatever the outcome of this fiscal debate over the next months or years, the polarization of our day and the lessons of our forebears point to a truth closer to our university.

As they say in Georgia, bless his heart! The three-fifths compromise might have enshrined slavery in our country’s revered founding document, an act that needed a couple of hundred years and incalculable amounts of blood and terror to rectify (and, to use Wagner’s own phrase, some might suggest this racial animus still deeply infects the national character), but at least it was a principled compromise. Just like the feral morans currently infesting the nation’s Congress must find a principled compromise over whether the country continues paying for programs that millions of our citizens need to eke out a marginal existence, or chop the hell out of the budget and turn America into Thunderdome with marginally better parking.

But no matter what, the Emory community must strive, like our Founders, like our current political leaders, to always include as many points of view as possible, whether the issue is to keep funding the Romance Languages department, build another research lab, or classify enslaved people as less than full humans in direct contravention of the spirit in which we claimed to be founding The Greatest Country in the History of the World™.

Wagner posted a walk-back of his statement wherein he apologized for his “clumsiness and insensitivity,” adding “I just reread my original column and realized that I sound so fucking clueless people might rightly wonder if I can tie my own shoes. You see, I’m a trained engineer, which means I have the people skills of an eggplant.” (Ed.’s note: he did not actually say this.)

Emory University president James Wagner, you have just won the award for Worst Shoehorning of an Analogy to Fit Your Thesis, a title you will probably hold only until Thomas Friedman writes his next column.