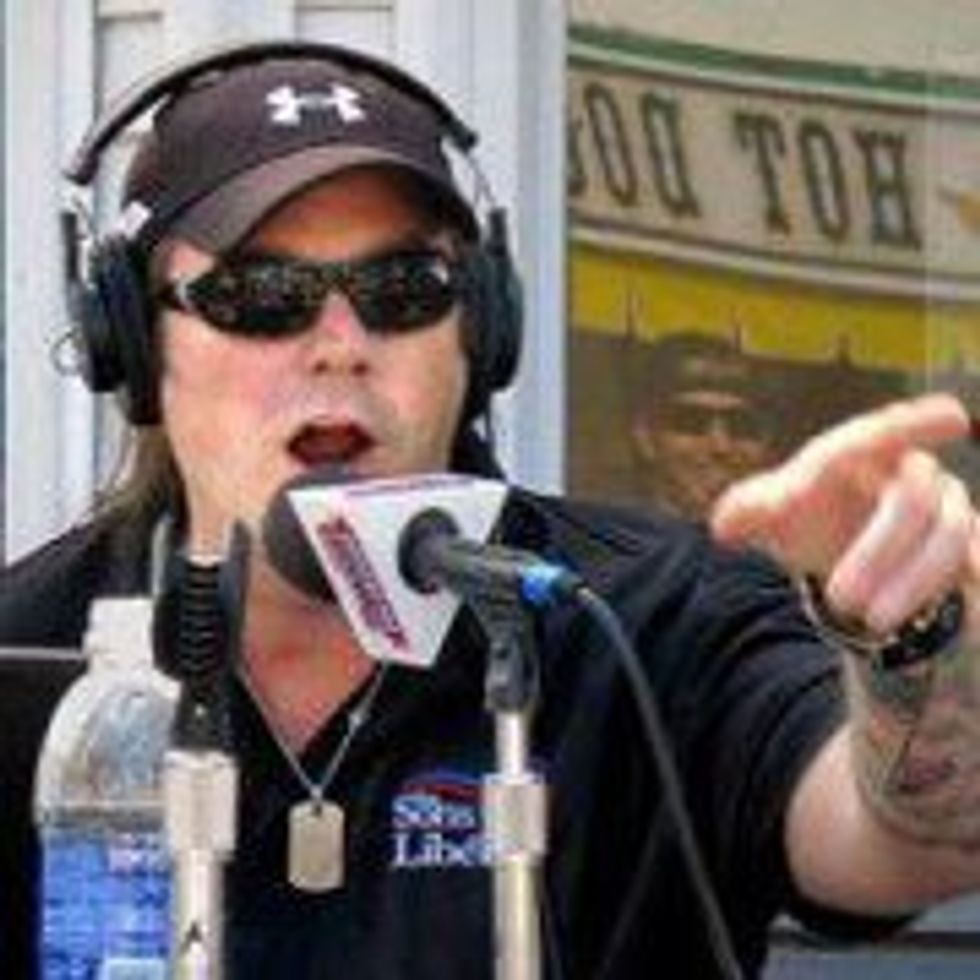 Oh, Bradlee Dean, don't ever stop being you! And more importantly, please keep Larry Klayman, founder of JudicialWatch and FreedomWatch -- a not at all crazy person seen here discussing a Citizens Grand Jury to indict Supreme Court justices John Roberts and Elena Kagan -- as your personal attorney forever and ever. Maybe a sitcom? At the very least a road movie.

You all remember Bradlee Dean from such public-school-assembly heavy-metal hip-hop hits as "Don't Have Mud On Your Wedding Dress" and "No Homo (No, Really, No Homo)." You also remember he sued Rachel Maddow for the piddling amount of $50 million for having played clips of his own radio show on her show, and thus defaming him, by saying what he said. Well! Since yesterday, when some broad ordered him to pay attorneys fees to Rachel Maddow (and to the since-defunct Minnesota Independent), Dean and his attorney Klayman have filed a real witch-burner of a motion! And that motion says that the judge is like "a woman scorned."

First, Klayman spends about 175 paragraphs bitching that Judge Joan Zeldon called Maddow's attorneys "distinguished" but did not call him "distinguished." Like, seriously, so many paragraphs. Then it explains Judge Zeldon just mad because they filed in federal court instead of in her court, because DC has an anti-Slapp law.

That's weird how they went with "woman scorned" instead of the more obvious "bitch be hysterical, because the rag." Guess they were too gentlemanly to just say the truth!