It's Morning In America, Which Means 50 Dead And 400 Injured In Las Vegas Shooting Massacre 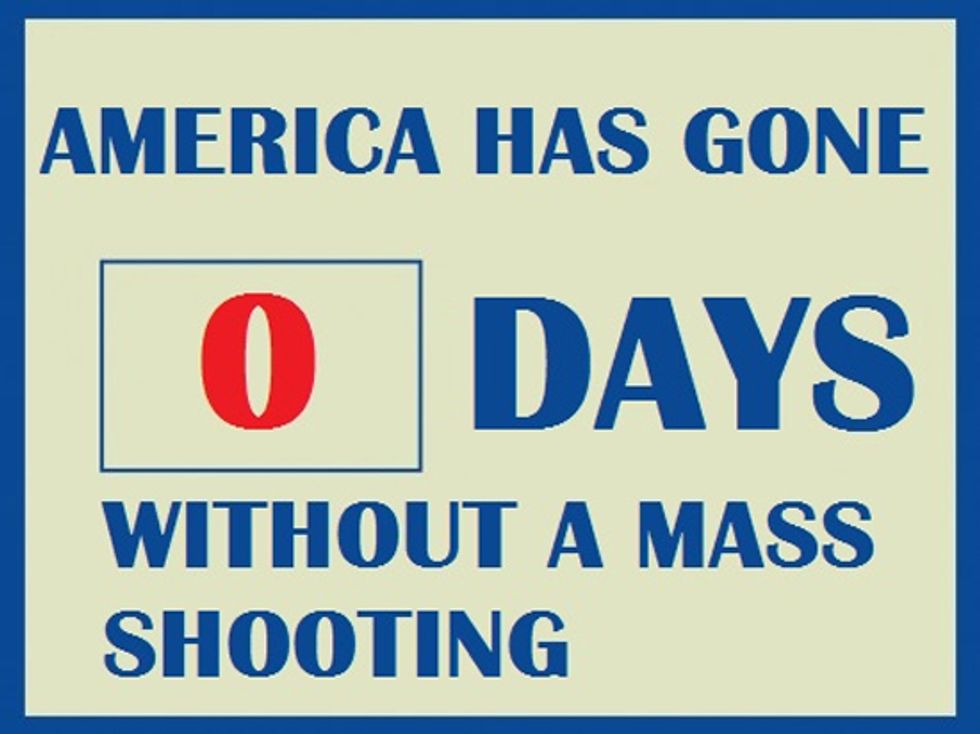 Tells you something that we found this ready-made with an image search...

It's just another morning in America, where on any given day you can expect to wake up to horror. More than 50 people were killed and over 400 injured in a mass shooting in Las Vegas late Sunday night, as a gunman fired what seems to be a fully automatic weapon from a 32nd-floor hotel room down into a nearby country-music festival. The shooter, identified as Stephen Paddock, 64, reportedly shot himself as police came into his room at the Mandalay Bay Hotel.

The gunfire began shortly after 10 PM Sunday night; the shooter fired from the hotel, across Las Vegas Boulevard, into the crowd attending the final night of the three-day Route 91 Harvest Festival; a crowd of 22,000 were watching singer Jason Aldean as the gunfire began. Video of the shooting (here's a link, we're not going to embed it) captured a long burst of what sounds like sustained automatic fire; the concert stopped and Aldean ran backstage. After a pause, there were at least two more, shorter bursts of gunfire. CBS is reporting that the shooter may have been located after his sustained fire set off smoke detectors in the hotel: