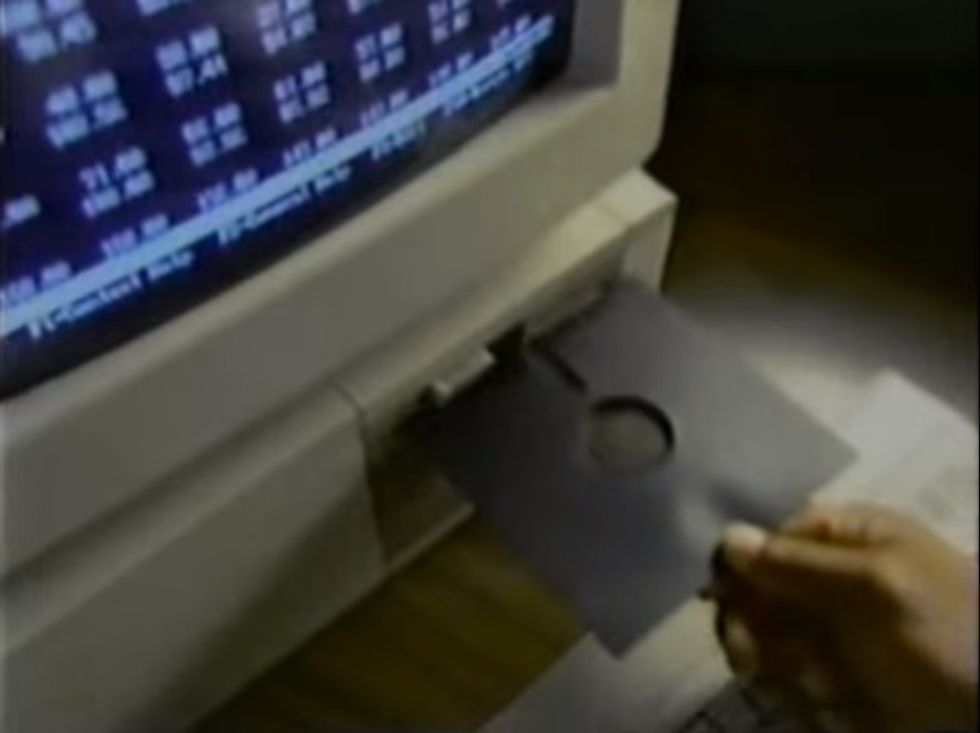 ITT Technical Institutes, the fifth-largest chain of for-profit colleges in the country, announced Tuesday it would permanently close all of its more than 130 campuses nationwide, affecting about 35,000 students and laying off over 8,000 employees. The company that operates the schools, ITT Educational Services Inc., blamed the closings on a recent decision by the U.S. Department of Education to ban the company from enrolling new students who receive federal financial aid.

Some good news for students who were looking forward to going deep into debt while attending the insanely overpriced equivalent of an average community college or high school vo-tech program:

[T]hose students and those who left the school within the past six months would be eligible to have loans for their ITT education forgiven if they want to start over at another school, federal officials said.

The Education Department has begun reaching out to students as well as community colleges near ITT campuses, which are being encouraged to be flexible in allowing ITT students to transfer their credits.

ITT Educational Services Inc. said it would focus on helping its students obtain their records and pursue their educations elsewhere.

“We reached this decision only after having exhausted the exploration of alternatives, including transfer of the schools to a non-profit or public institution,” ITT said in a statement.

Yr Dok Zoom, during some fairly lean years, actually taught first-year writing, business and professional communication, and sophomore-level critical thinking classes at the ITT Tech outlet in Boise Goddamned Idaho for a couple of years. While we feel a twinge of Catholic guilt about admitting to participating in such a dubious educational institution, we'll say this much about the place: unlike some of the worst for-profit colleges, like the now-defunct Corinthian College, ITT Tech didn't strike us as an outright scam -- students could actually learn things there, and in the classes I taught at least, I was serious about teaching how to think and write at a college level. The problem with ITT Tech wasn't that it was a diploma mill. Students actually had to show up and do the work in order to pass their classes. The problem was that while the school managed a pretty fair simulacrum of a community college curriculum, they also charged through the nose, mostly through federal student loans, Pell grants for students in poverty, and most lucrative of all, through veterans' GI Bill benefits. Those guys tended to keep coming back to class. As far as I could see, ITT Tech delivered an adequate education (depending on the instructors or the program) at ridiculously inflated prices to students who might or might not have qualified for a state university. If they finished -- like all for-profit colleges, ITT Tech had ridiculously low graduation rates -- students would have a two-year associate's degree at well over the cost of a bachelor's degree at a state university. To make matters worse, the Boise area was without a real community college until 2009.

From my perspective as a former instructor, ITT Tech wasn't a fraud so much as a ripoff: education did happen there, but it was insanely overpriced for what students got. They were selling you a Tercel for the price of a Lexus, but the thing generally ran. When you went through the front door, you were always aware, in the hall past the front desk, of the room full of sales staff phoning people to cajole them into making their dreams for a better life come true, with financing from the federal government (which students would have to pay back, but that would come later, after they got the skills for a better tomorrow, don't you know). The school did at least pretend to provide some fundamentals, like the prerequisite writing classes I taught, although there was no actual library for students to use in writing research papers. Since students could retake a failed or dropped class as often as they wanted -- always for another layout of fees -- there were plenty of unprepared, distracted, or overwhelmed students who took basic classes again and again, racking up more debt. When I got a job at the newly opened community college, I was more than happy to get out of ITT. I especially didn't miss the colleague who proclaimed to me just before the 2008 election (in the faculty lunchroom, not in a classroom, thank Crom), "Obama's nothing more than an arrogant, uppity nigger -- and I don't mean that in a racist way!" I didn't even try to ask him to explain that one.

What I didn't know at the time was just how awful some of the actual "technical" training was -- bad enough that in April of this year, the Massachusetts Attorney General sued ITT Tech for misleading students about their job prospects. For instance, students who had completed a Computer Network Systems program were counted as "successfully employed" in their field of study if they got retail jobs selling computers at big box stores, as did a graduate who "provided customer service for an airline checking travelers into their flights." Hey, they were using networked computers, right? Worse, a recent piece in the Atlantic revealed that most students of for-profit colleges would be in far better financial shape if they'd never enrolled at all. Gotta love that free market.

Mind you, ITT Educational Services knows who's really ripped off their students: The mean old federal government, with its burdensome regulations and nosing around in a perfectly cromulent and very profitable business of transferring funds from federal grants and loans into shareholders' bank accounts:

“The damage done to our students and employees, as well as to our shareholders and the American taxpayers, is irrevocable,” ITT said.

“We believe the government’s action was inappropriate and unconstitutional, however, with the ITT Technical Institutes ceasing operations, it will now likely rest on other parties to understand these reprehensible actions and to take action to attempt to prevent this from happening again,” the company said.

One good way to keep it from happening again? Adequate taxpayer support for community colleges with strong tech programs, and vocational tech in high schools. Yes, we know, we're goddamned socialists. What's truly reprehensible is the pile of student debt acquired by people who bought the ITT Tech advertising and ended up with no transferable credits and few marketable job skills.

In a blog post, U.S. Secretary of Education John B. King Jr. advised ITT Tech students of their options, including the possibility of having their student loans discharged, or of transferring their credits to another school. If students choose the latter option (and if other schools can be persuaded to transfer the credit, a dicey proposition), they won't be eligible for a loan discharge, but can continue their education, ideally somewhere more affordable. King urged students,

Whatever you choose to do, do not give up on your education. Higher education remains the clearest path to economic opportunity and security. Restarting or continuing your education at a high-quality, reputable institution may feel like a setback today, but odds are it will pay off in the long run.

We'd agree -- and for students who may have just gotten started at ITT Tech, we'd go a step further and urge them to consider the schools' closing a chance for them to escape to a better, less expensive community college. It's a good thing for education that ITT Tech is folding; here's hoping the rest of the for-profit schools quickly follow.