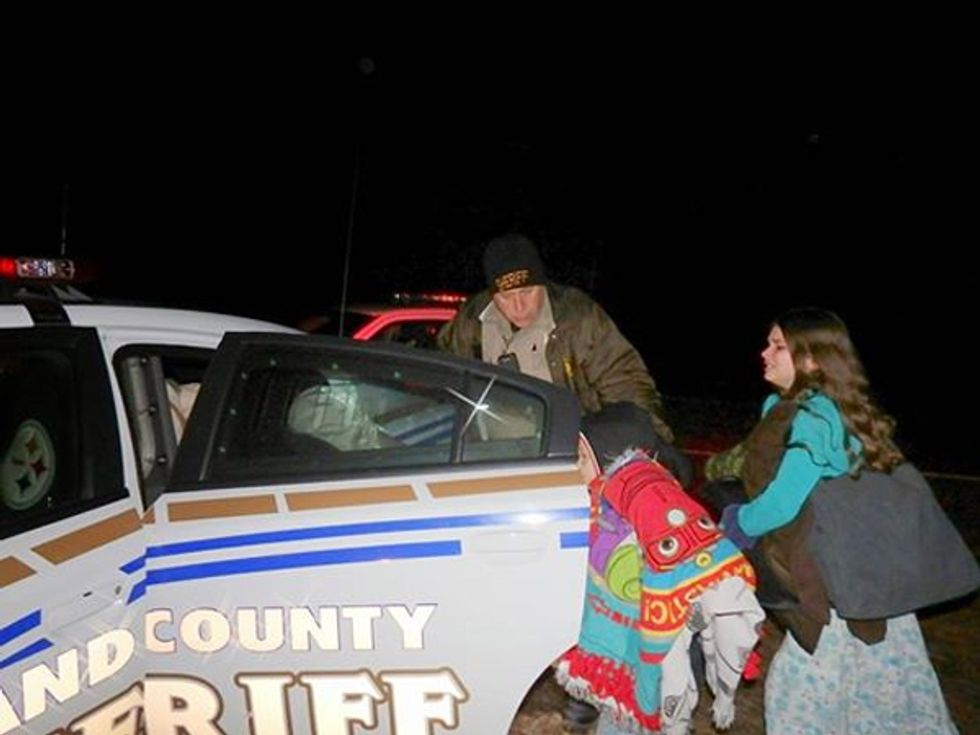 Planet Wingnut is in quite a lather this week over the decision by Arkansas child protection authorities to remove seven children from their parents' home in Hot Springs after deputies found quantities of a bogus "miracle cure" in the house. State and Garland County officials served a warrant at the home of Hal and Michelle Stanley Monday and removed the children after finding "Miracle Mineral Solution" (MMS), a "nutritional supplement" sold as a cure-all for cancer, AIDS, malaria, the common cold, and pretty much everything else. The FDA warns that the substance can cause serious health problems.

The Food and Drug Administration says that MMS

when used as directed, produces an industrial bleach that can cause serious harm to health. The product instructs consumers to mix the 28 percent sodium chlorite solution with an acid such as citrus juice. This mixture produces chlorine dioxide, a potent bleach used for stripping textiles and industrial water treatment. High oral doses of this bleach, such as those recommended in the labeling, can cause nausea, vomiting, diarrhea, and symptoms of severe dehydration.

You know, for health. The FDA's recommendation for consumers who have the stuff is to "stop using it immediately and throw it away," but of course that's what you'd expect the stooges of Big Pharma to say.

This story hits a whole bunch of wingnut fears all at once, because in addition to the "oppression of natural supplement users" and the Government Kidnapping Your Children angles, the kids are also homeschooled, and the parents are fundamentalists and self-described "preppers" who are doing their best to live mostly off the grid. Quite a few rightwing blogs have emphasized that the kids were homeschooled, as if that were the big mean government's motive for removing the kids, although Michelle Stanley has said on a Facebook page set up to support the family that the "the case in [sic] not about homeschooling but MMS."

Nevertheless, conspiracy-theory website WND has a headline proclaiming "7 HOMESCHOOL KIDS 'STOLEN' BY SHERIFF'S DEPUTIES" with the inevitable kicker hed, "POLICE STATE USA." And never mind what Mrs. Stanley says, WND is quite certain that this is part of a longstanding government campaign of harassing homeschoolers, because lord knows just keeping kids from getting poisoned by their parents' weird nutritional supplements isn't nearly as good a story.

Anti-science conspiracy site "Natural News," on the other hand, is calling the removal of the children from the home a "kidnapping" and claiming it's proof that the Bill of Rights needs to be amended "to protect medical freedom," because if people want to poison themselves and maybe their kids, that's what Liberty is about.

At least one helpful Facebook commenter suggested that everyone in town should be "arming themselves and marching down to that sheriff's station demanding all those kids be returned to their parents," which means that, yes, we're on the internet.

For his part, Hal Stanley says that he doesn't give MMS to the children and only uses it for purifying water in his garden, which is no doubt full of Survival Seeds. The Stanleys have said they are willing to give up using MMS to get their kids back, so presumably, once a hearing is held, the situation should be wrapped up pretty quickly. Or so The Government wants you to think.