James Brady Passes Away, Will No Longer Try To Put Your Guns In FEMA Camps 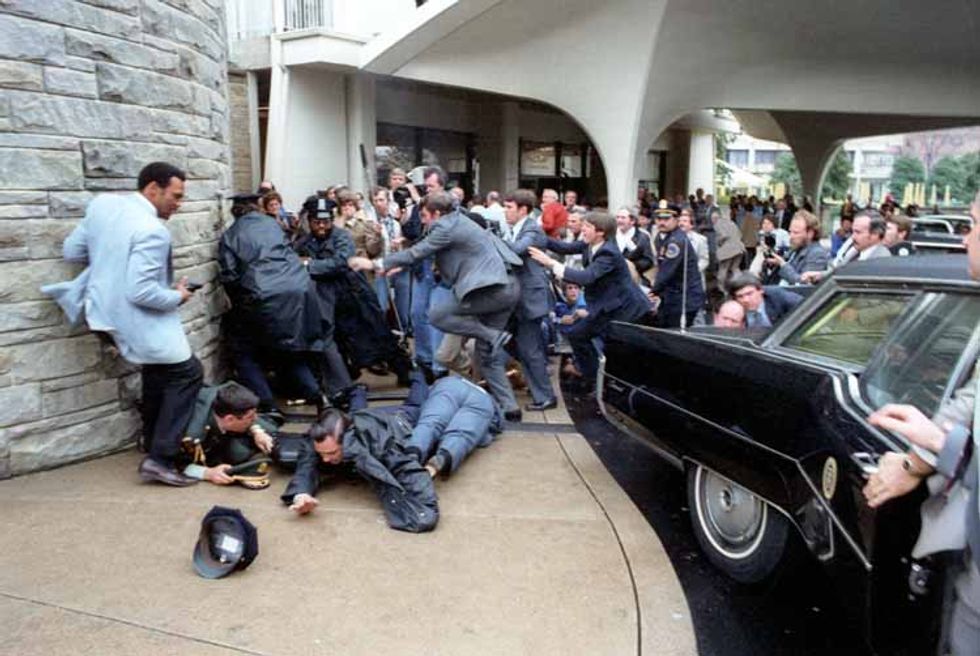 Let us pour one out for James Brady, former press secretary for Ronald Reagan and longtime gun-control advocate, who died today at the age of 73.

Brady was Reagan’s press secretary for the first two months of the Great Communicator’s presidency. He was shot in the head by John Hinckley Jr. on March 30, 1981, when Hinckley failed to either kill Reagan or win the heart of Jodie Foster, who only loves winners. Brady was permanently disabled, spending the rest of his life in a wheelchair. Though he could no longer work as press secretary, he still held the title for the duration of Reagan’s presidency while others stood in as deputy or acting press secretary. Which, when you think about it, was kind of what happened with Reagan himself.

The shooting turned Brady into a gun-control advocate and obvious hater of freedom. He and his wife, Sarah, lobbied hard for years for a law that eventually became the Brady Handgun Violence Prevention Act, signed into law by President Clinton in 1993. The Brady Act established the National Instant Criminal Background Check System, a database that federally licensed gun dealers must use to run a background check on any potential gun buyer who does not already have a state-issued concealed or open-carry permit. The Bradys argued that such a check could have kept a gun out of Hinckley’s hands, since the wannabe assassin had been under psychiatric care and had been arrested in Nashville for trying to board a plane with several guns in his carry-on bag just four days before he shot Reagan and Brady.

It is entirely possible that, were it not for Hinckley, we would remember Brady as being a minor Reagan Administration functionary and punchline, like Marlin Fitzwater or Nancy’s astrologer. Instead we will forever remember him as a RINO who saw more firsthand than anyone the damage caused by this nation’s ridiculous love of firearms and earned not only the right to advocate for gun control, but also the enmity of sleazeball death merchant Wayne LaPierre and the National Rifle Association. Anyone who pisses off the NRA is okay in our book, even if he was also a Republican.