James Comey Is The Hillary Clinton Of Classified Memos 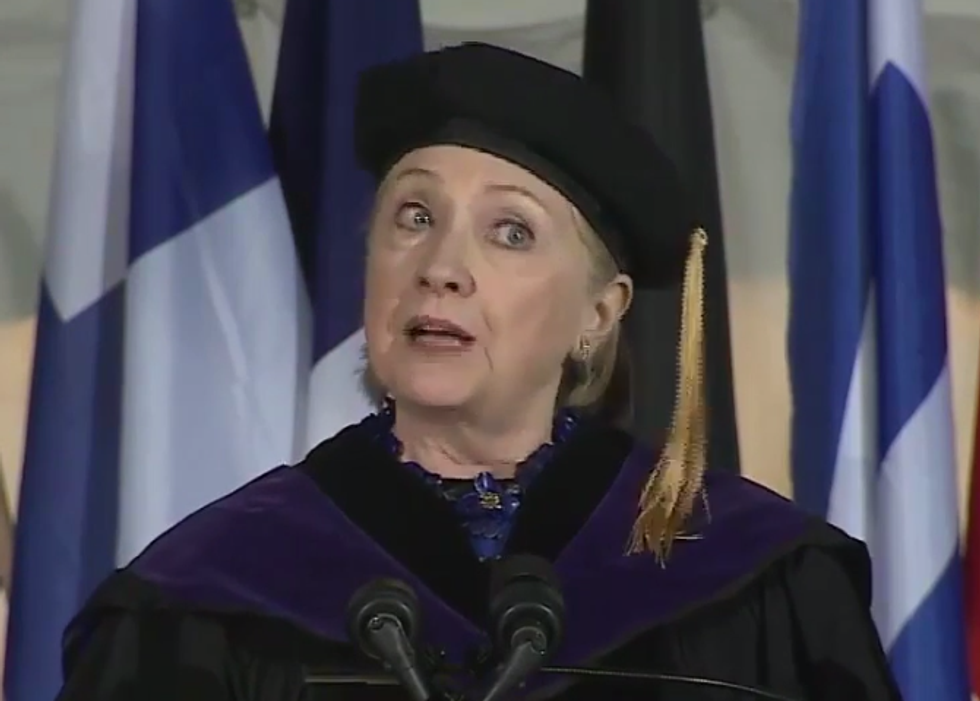 Long ago and far away in an America that was not yet made great again, a lady named Hillary Clinton barely escaped living out the rest of her days in solitary because of #EMAILS. But yea, though she didst have a criminal black heart, it was determined that she actually hadn't intentionally shared any state secrets on her #EMAILS, even if a thing or two slipped through because it was improperly marked, or barring that, the little (c) marking was way the fuck down in an email chain where literally nobody looks, unless they are feeling particularly nosy that day and want to see what all the people before them emailed before they were added to the chain. (As secretary of State, Clinton was often added to an email chain way late in the game, because 99.9% of State Department business is not worthy of landing on the secretary's desk and can be handled by underlings.)

In 2016, as the State Department released Hillary Clinton Demon Benghazi emails from her private server, they ended up retroactively classifying some of them after finding from time to time that "Uh oh, there's a secret in here that wasn't marked right!" But she didn't get in trouble for that because THEY WEREN'T CLASSIFIED AT THE TIME.

The point is that INTENT MATTERS with these kinds of things. It is also important to note that US law does not require government officials to be psychic about what might happen IN THE FUTURE.

The day former FBI director James Comey announced Hillary would be avoiding the guillotine yet again, he waxed poetically for one hundred thousand minutes about how Hillz had been "extremely careless" and "a mythological two-headed gargoyle" (he did not say that), before finally announcing that her sins simply didn't rise to the level of "crime."

We bring this up to note that OMG JAMES COMEY DID A HILLARY WITH HIS MEMOS!

At least two of the memos that former FBI Director James Comey gave to a friend outside of the government contained information that officials now consider classified, according to people familiar with the matter, prompting a review by the Justice Department’s internal watchdog.

NOW consider classified. Did not THEN, but do NOW.

Of those two memos, Mr. Comey himself redacted elements of one that he knew to be classified to protect secrets before he handed the documents over to his friend. He determined at the time that another memo contained no classified information, but after he left the Federal Bureau of Investigation, bureau officials upgraded it to “confidential,” the lowest level of classification.

Ooh, James Comey even saw a big secret in one of his memos, so he redacted it himself and gave the unclassified parts to his buddy! LOCK HER UP! LOCK HER UP! By the way, FBI directors are able to decide for themselves whether things should be considered classified, but people who got fired from the FBI and are now commoners are not allowed to make such decisions.

Republicans are making hay of this, because Republicans are liars and in their heads James Comey and Hillary Clinton are basically the same person. And of course, we should anxiously await a tweet from Orange Emperor Shit-knuckle, who is lounging his chunk body all over Mar-a-Lago this week, because PFFFFFFFFT, work is something OTHER people do.

For a preview, here is a tweet he sent last night:

We anxiously await Trey Gowdy and Devin Nunes opening a congressional investigation into James Comey's retroactively classified memos, and also whether he did Whitewater with Vince Foster in Benghazi, because those are important questions America has right now.