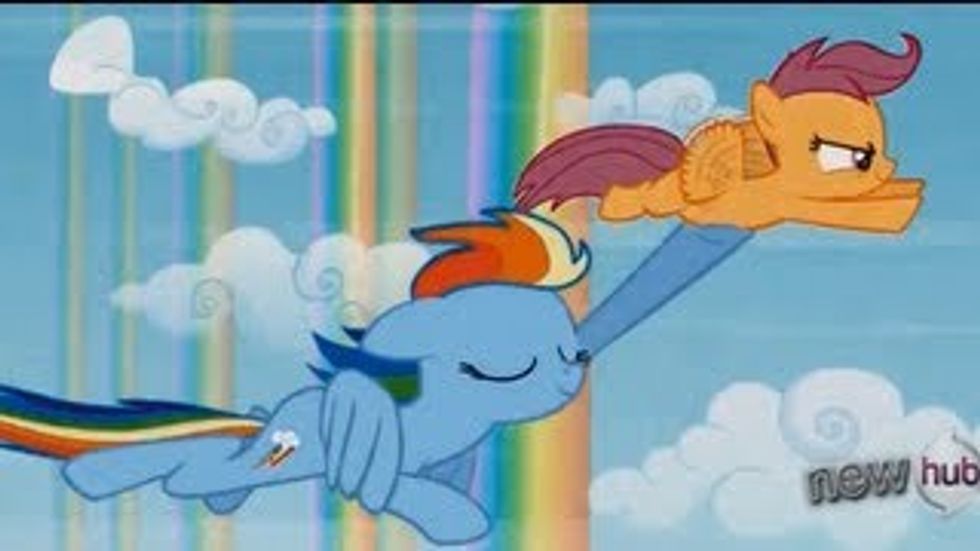 Hello Americans! Focus on the Family founder James Dobson would like you to know that, despite an advanced state of fossilization, he has not "retired to a quiet farm somewhere," and is still just as much a patriarchal asshat as ever! In a rambling Mother's Day message, Dobson takes some comfort that, in the midst of the gays' relentless assault on marriage, the family, and our Precious Bodily Fluids, there is at least a ray of hope, which he calls "a fascinating new phenomenon": Turns out that despite feminism's attempts to defy Nature and God by forcing all women to become lesbians and/or have abortions, women still like being mommies! Feminism: REFUDIATED.

But first, apparently, we need a history lesson. The roots of this amazing new trend, Dodson says in his message,

go back to something called “The Women’s Liberation Movement” and the sexual revolution that swept the nation in the late 1960s and 1970s. It had many components, but the power that drove it was open warfare between men and women. The divorce rate went through the roof in 1969 as women “broke the chains of perceived bondage.” The most vocal leaders of the movement were deeply angry at men and everything traditionally masculine, including the way the romantic game was played.

We were glad to be informed of this! It sure sounds like a crazy time! Dobson is still smarting from this one act of open gender warfare that sounds like it may have happened in the early 1970s (and really, apart from mentions of Barack Obama and gay marriage being legal in some Satan-run jurisdictions, the whole piece reads like it was written in that decade):

I remember having completed a tennis match one day and walked to a chain linked gate just as a young lady approached. I stepped back and opened the gate for her politely, as my father had taught me to do in deference to women. This young lady told me in no uncertain terms that she was capable of opening her own gate, thank you, and to never do it again. She was incensed by what she perceived as my insult. I wondered what I had done wrong, and later learned that she and others of her ilk thought of guys like me as “male chauvinist pigs,” and that we should have known better. That was my introduction to “the movement.”

Because really, that's all that feminism boils down to: a snotty girl rejecting a chivalrous gesture instead of smiling demurely and praising God for giving her a womb. Despite the monumental butthurt that tennis-court slight caused him to nurse for some 40 years, Dobson acknowledges that it was minuscule compared to the hatred that those radical bra-burners had for "normal women":

If traditional men were hated during that time, it was nothing compared with what women did to each other. Those who focused on full-time motherhood and managing their homes were derisively called “housewives,” and were subjected to the most vicious criticism. They were made to feel like fools who were being exploited by oppressive men. It was said that they were wasting their talents and had nothing meaningful to contribute to the real world.

“I’m just a housewife,” they were taught to say apologetically.

Yes, James Dobson actually says that the term "housewife" was coined by tradition-hating feminists as a slur, which is certainly going to be news to those egghead lexicographers who trace the word back to Middle English. (And, OK, in Ye Olden Times, it more commonly meant "woman of negotiable affection"). It should also go without saying that Dobson omits any mention of '70s feminists who carefully tabulated what a stay-at-home mother's work would be worth if she were paid market rates for chauffering, cleaning, and so on, because those feminists never existed.

In any case, Dobson is very happy to announce that all that feminist nonsense is in the past, because it turns out that women have finally come back around to James Dobson's belief that biology is destiny after all:

[M]illions of women, including some who call themselves “liberal feminists,” have begun leaving the workplace and found joy and fulfillment in doing what their grandmothers did: staying home with their children and devoting themselves to domestic duties. What a turnaround!

It seems that Dobson found a New York social-trend think piece by Lisa Miller which suggests that some women find being fulltime homemakers fulfilling, if they can afford it -- a very big "if" that Dobson conveniently doesn't mention. He also conveniently leaves out any mention of Miller's main thrust, which is that this is and should be a choice -- not God's preordained place for women. He does at least feel compelled to point out that, in presenting homemaking as a "feminist option," Miller shamefully neglects "the importance of spiritual training when kids are young, which I would have put at the top of my list."

Needless to say, Dobson also leaves out the considerable range of reactions to Miller's article, and the debates that it has sparked. Nah, what gets Dobson excited is that "even" liberals and feminists are "discovering" that children matter and that they thrive in stable, loving homes. Because, hey, we were all so busy having gay sex while driving our Subarus to the Abortionplex that we never thought of that.