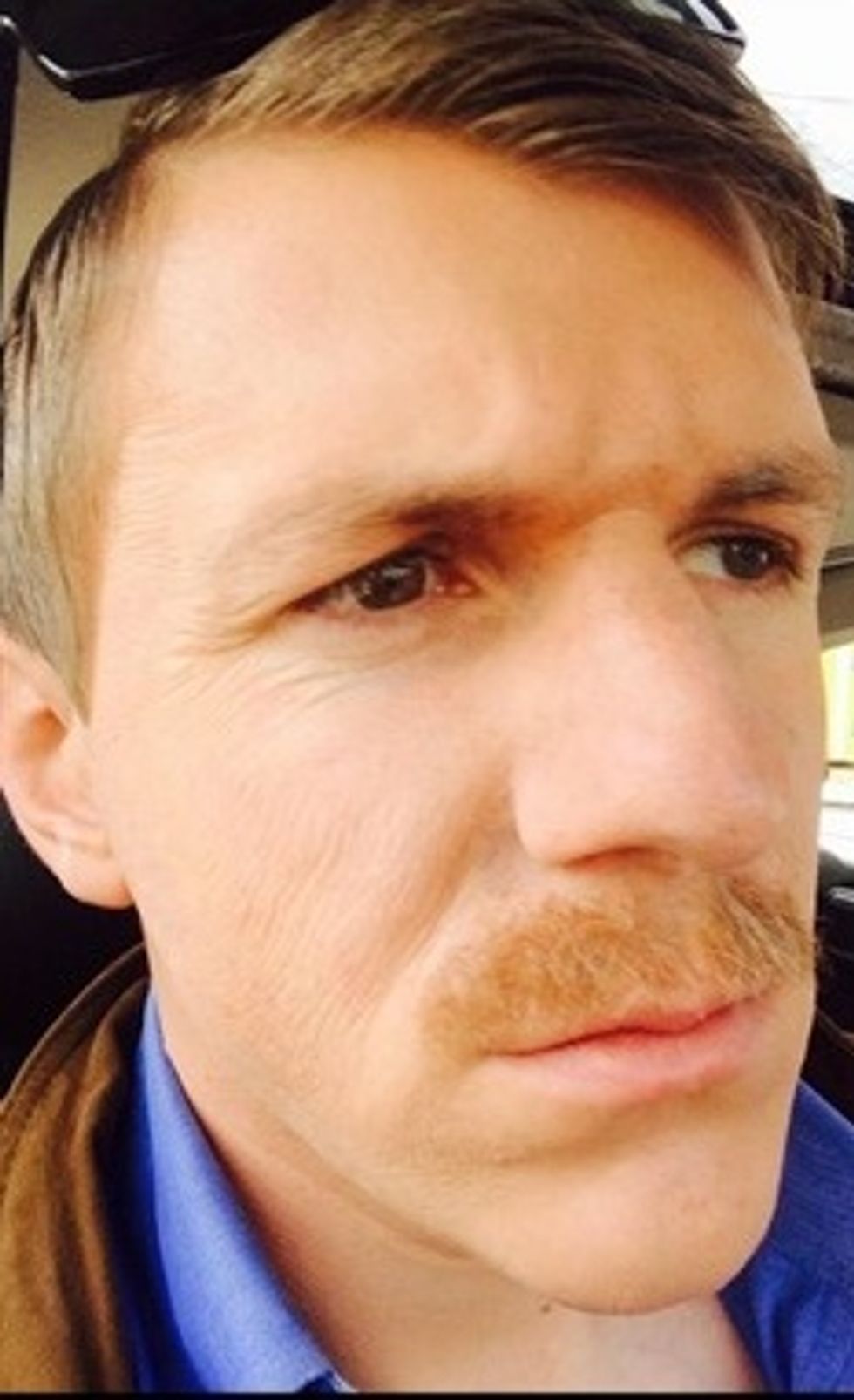 James O'Keefe, that ambulatory sack of lies and snot, is crowing about his latest undercover operation to ferret out leftish corruption -- or at least something that can be edited to look like corruption. This time around, his target was George Soros's Open Society Foundation, where he sought to expose "their connection to radical agitprop movements, both foreign and domestic." The operation had to be scrapped when super-sleuth O'Keefe screwed up badly. But if you're James O'Keefe, you can still rely on a fawning interview with Dead Breitbart's House of Free-Floating Rage, even if you screwed the pooch before you actually gathered enough video to edit together any good lies.

In an interview with Dead Breitbart chief horcrux Joel Pollak, O'Keefe explains his grand scheme, in which he posed as a "Hungarian businessman," because O'Keefe just loves doing funny foreign accents. He made contact with "an individual who has represented Soros’s initiatives in Eastern Europe," and tried to set up an "undercover meeting" to get a feel for the kinds of dirty tricks the Soros organization runs. Unfortunately, James O'Keefe is not very good at spy stuff:

So I left this individual a voicemail, but I forgot to hang up the phone. I thought the call was finished, and my team and I started discussing plans to make more phone calls to the Open Society Foundations as well as to organizations like [it]. And all of this was being recorded on a voicemail [message]. There may have been conversations with my staff pertaining to the Soros foundation. And I think it lasted about 10 minutes.

This brings up a number of important questions, such as "How stupid do you have to be to 'forget' to hang up the phone?" and "How can you still have donors when you're less competent at prank calls than the average 15-year-old?" Nonetheless, O'Keefe isn't worried, because he has many other important operations going on. O'Keefe adds he thinks the Soros Foundation "shared this recording with members of the media, who may be publishing it at some point." Gosh, how underhanded of them.

But it's OK, he says. "This is a very risky business. What we do is very risky. It’s impossible not to make mistakes. It’s an odds game." So brave. O'Keefe apologized to his legion of fans for his mistake because now he won't be able to expose how George Soros is "undermining democracy." Not that he has any evidence of it, but you just know it's happening, because "These billionaires want to create agitprop movements to undermine democracy."

And how is Soros undermining democracy in the USA?

Black Lives Matter, and the “social justice warrior” movements. Their organization gives money to many different nonprofit organizations. And I am still investigating some of those organizations, because I am not burned on those other investigations.

Heavens! We bet he's going to find evidence that there actually aren't any real black people angry over police shootings, just a lot of fraudsters waiting for a check from Soros so they can pretend to be upset. Also, please insert your random "what about black-on-black crime?" outrage here. We weren't even aware that "social justice warriors" were an actual organization; we thought that was just what online morons called any liberal they came across. Next, O'Keefe will probably investigate how George Soros invented "Political Correctness."

Happily, since he did manage to collect some video before he shat the investigatory bed -- haha, that's under cover work for James O'Keefe! -- the brilliant guerrilla journalist did at least edit together some clips of people being confronted by him and a confederate, Polish activist Matthew Tyrmand, who's absolutely sure Soros is doing Bad Things in Poland. Here's the exciting description from an email O'Keefe's "Project Veritas" sent out Thursday:

In this new video, O’Keefe and Tyrmand confront Open Society employees outside of their office headquarters in New York City to see whether or not they are funding radical far-left movements in Europe and the United States. Project Veritas wanted to see if the Open Society was willing to uphold its foundation’s mission statement, which supposedly includes openness and transparency.

We're treated to a whole bunch of people leaving a building and refusing to talk to the guy with the camera and the microphone, and even denying they work at the Open Society Foundation. It's accompanied by funny music and "boing" sound effects, so you know it is comical.

We liked this bit: in the video, O'Keefe mentions the attempt to make contact with an OSF Program program specialist, Dana Geraghty, but leaves out his little slip-up with the voice mail, instead saying "the Soros people were able to thwart our plan." Those sneaky bastards! Even so, O'Keefe films himself trying to get into the building for a meeting, only to be told by a security guard, "I don’t think she’s going to be seeing you today. I’m just being honest." Then we're treated to video of O'Keefe asking someone whose face is never shown, "Are you Dana Geraghty?" A female voice replies "Do I fucking look like Dana Geraghty?" How's that for proof of chicanery? Also impressive: the bit where he chases one woman into traffic as she refuses to talk to him.

O'Keefe ends his teaser email, "Clearly the Open Society Foundation isn’t so open." Sick burn, dude! Guess you proved absolutely nothing. Also, congratulations on discovering the technique of filming yourself not being talked to by random people, which Michael Moore used in 1989 after 60 Minutes perfected it in the '70s. Cutting edge stuff there. You added "boings."

In a moment of almost-journalism, Yr Wonkette called the Open Society Foundation in New York to ask if they knew about the video, and a very nice receptionist said there are often people waiting outside the building to harass OSF workers and try to bait them into a confrontation. She wasn't at all surprised no one wanted to talk to O'Keefe. She also confirmed that OSF is the only occupant of the New York building, so there goes our guess that O'Keefe may have been sticking his camera in the faces of people who worked at other offices in the same building. We plum forgot to ask her if they're undermining democracy, though, so that one's on us.

O'Keefe's interview with ghost Breitbart closes with a tantalizing hint of things to come! Asked if he has "any insight into what is going on with Hillary Clinton’s emails," he replied,

We do have at least one full-time individual employed by Hillary Clinton at the upper echelons of her campaign, being exposed to all types of different things — voter registration, strategy, even working with people in other offices and other politicians that work with Hillary Clinton.

Or he's lying and trying to sow paranoia among Clinton staffers. Definitely one of those. We can hardly wait to see what awful subversions of democracy that undercover operative discovers -- maybe video of an intern stealing a cheese danish that was supposed to be saved for a meeting?