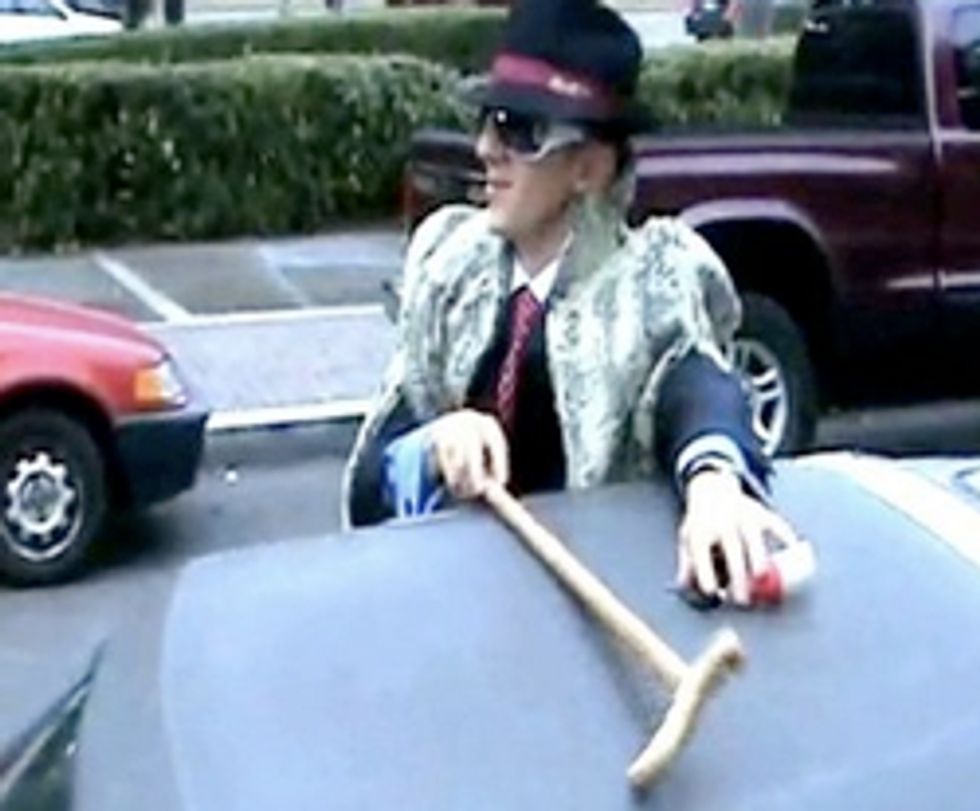 CNN is doing a documentary on the three or four people who are young American conservative activists, so they decided they would follow around that criminal James O'Keefe, the guy who made those ACORN videos and tried to rape Mary Landrieu's phones. But you know the one thing theyweren't expecting? They weren't expecting James O'Keefe to try to lure CNN reporter Abbie Boudreau alone onto a boat filled with dildos and lube and a "condom jar" and "fuzzy handcuffs" and "an obvious sex tape machine," so this is precisely what he did. Presumably it was to record himself raping her, of course, but O'Keefe says it was just a goof. Huh?

Thankfully, Boudreau was tipped off by O'Keefe's female colleague, Izzy Santa. (Haha, IS HE SANTA? IS HE?)

Santa told Boudreau that O'Keefe planned to "punk" her by getting on a boat where hidden cameras were set up.

CNN got hold of a document that supposedly is O'Keefe's plans.

"Instead, I've decided to have a little fun. Instead of giving her a serious interview, I'm going to punk CNN. Abbie has been trying to seduce me to use me, in order to spin a lie about me. So, I'm going to seduce her, on camera, to use her for a video. This bubble-headed-bleach-blonde who comes on at five will get a taste of her own medicine, she'll get seduced on camera and you'll get to see the awkwardness and the aftermath.

Oh, we get it! It's because all attractive women want to have sex with James O'Keefe. How can you resist that O'Keefe charm? CNN won't like it very much when their reporter is forced to have sex with him on a boat! (Forced as in forced by her amazing sexual attraction to him, not rape or anything like that.)

This is why CNN should not employ women. They're too liable to want to fuck James O'Keefe.

Also included in this story? This hilarious list of items in the boat!

1. hidden cams on the boat

2. tripod and overt recorder near the bed, an obvious sex tape machine

b. 80s romance songs, things that are typically James

6. posters and paintings of naked women