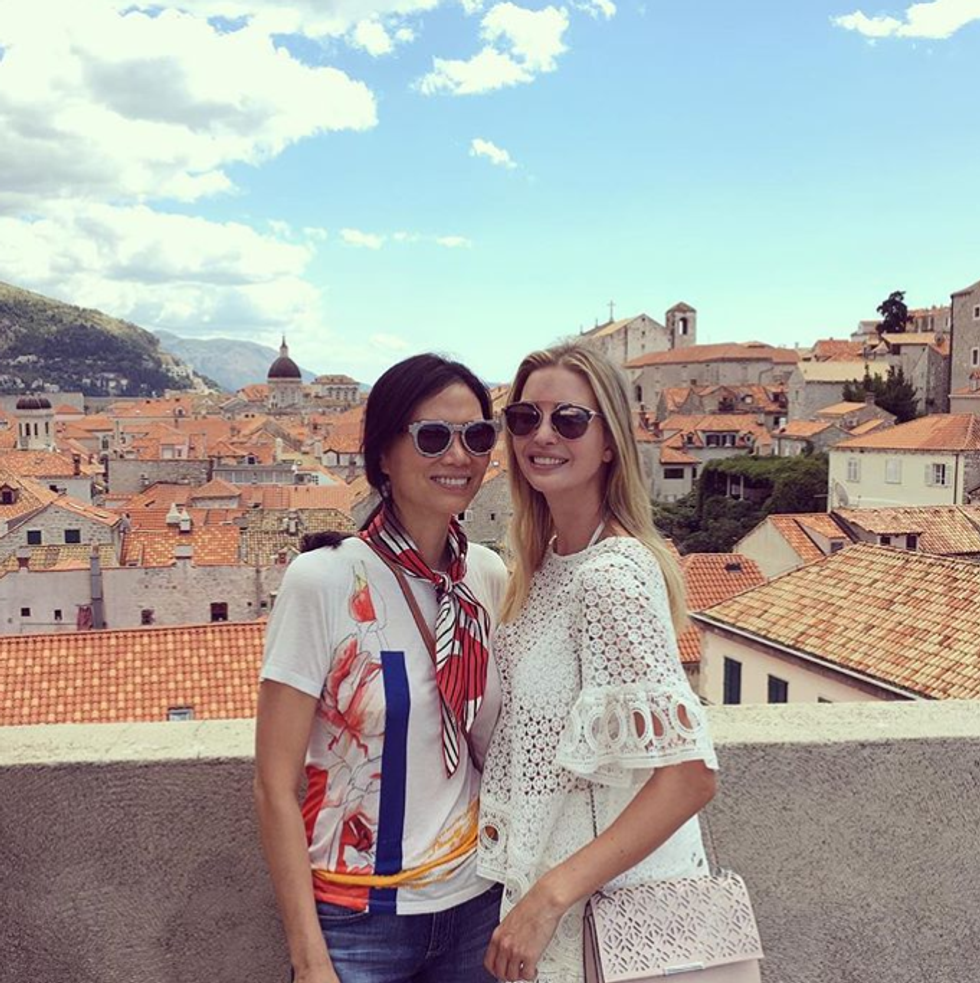 So here is a story in the Wall Street Journal, which is owned by News Corp., which is owned by Rupert Murdoch. US officials reportedly had to sit Jared Kushner down and tell him that Wendi Deng Murdoch, ex-wife of Rupert, who banged Tony Blair ALLEGEDLY, who banged Vladimir Putin ALLEGEDLY, and who is ALSO BEST FRIEND OF IVANKA, NOT ALLEGEDLY, might be just a tiny little bit of a Chinese spy. No big deal, right?

Those tweets above? Yeah. We bet it was a lot of fun in the WSJ newsroom before this went to print:

U.S. counterintelligence officials in early 2017 warned Jared Kushner, President Donald Trump’s son-in-law and senior adviser, that Wendi Deng Murdoch, a prominent Chinese-American businesswoman, could be using her close friendship with Mr. Kushner and his wife, Ivanka Trump, to further the interests of the Chinese government, according to people familiar with the matter.

U.S. officials have also had concerns about a counterintelligence assessment that Ms. Murdoch was lobbying for a high-profile construction project funded by the Chinese government in Washington, D.C., one of these people said.

The project, a planned $100 million Chinese garden at the National Arboretum, was deemed a national-security risk because it included a 70-foot-tall white tower that could potentially be used for surveillance, according to people familiar with the intelligence community’s deliberations over the garden.

Wendi Deng Murdoch, through a spokesperson, said she is not a Chinese spy and ain't know nothin' about no Chinese surveillance gardens, but she WOULD say that, now wouldn't she? Also, plans for Wendi Deng Murdoch's Elegant Chinese Spy Gardens have been shelved, so let's not worry about it.

Here is a picture of Ivanka 'n' CHINESE SPY THE ALLEGED PUTIN SEXER, sightseeing in Croatia:

Sight seeing with @wendimurdoch in Dubrovnik