Jason Chaffetz Sure He's As Clean As A Whistle, Because Of All These Enemas (He Said That) 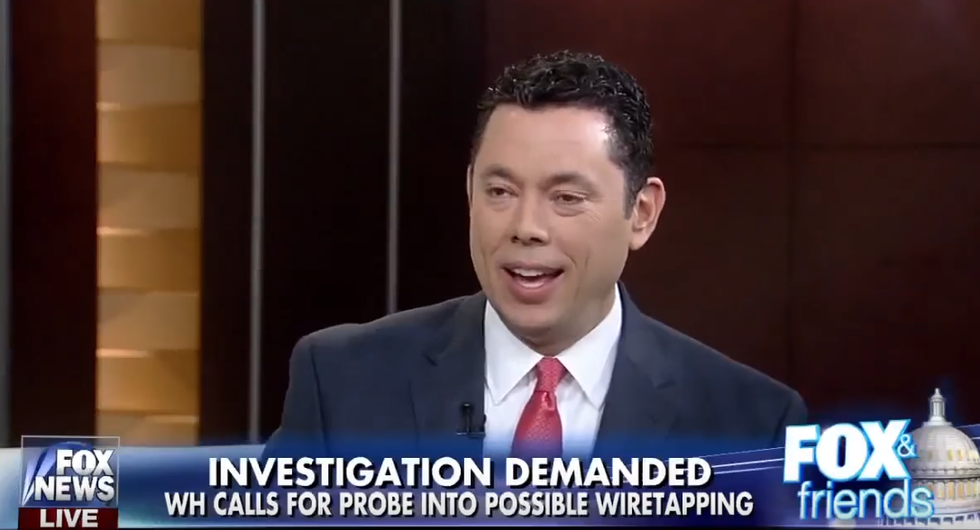 Jake Sherman of Politico did an interview with Chaffetz on Thursday, wherein the congressman explained that HE is not dirty, and YOU are dirty for even suggesting that. And how can he assure us he's not dirty? Because of all the enemas he gets from literally everybody. Yes, all the haters are always throwing Chaffetz's legs in the air and shooting rivers up his fanny, and if there was a real scandal up inside there, it surely would have fallen out, at the end of one of the enemas.

LOOK, WE KNOW THIS IS GROSS, BUT IT IS WONKETTE'S JOURNALISM RESPONSIBILITY TO MAKE THESE SORTS OF JOKES WHEN AN ELECTED OFFICIAL SAYS THINGS LIKE THIS:

Asked if he is resigning because of a yet-to-be revealed scandal, Chaffetz said, “Absolutely, positively not.

“Not in any way shape or form,” he said. “I’ve been given more enemas by more people over the last eight years than you can possibly imagine.

From the Secret Service to the Democratic Party.

Really? The whole Secret Service gave Jason Chaffetz an enema? We knew a lot of them were weirdo creeps, but we didn't know they'd rush out to buy all the Fleet enemas at their local Walgreens, just because the chair of the House Oversight Committee had a thirsty butt.

Anyway, his point is:

I am who I am. If they had something really scandalous, it would’ve come out a long, long time ago.”

Wait, holy shit (LOLOL literally) ... is the kompromat video the Russians may or may not have on Chaffetz an ENEMA VIDEO? For his sake, we hope the Russians don't leak that, haha we said "leak," we are twelve years old until this post is over.

Regarding the Secret Service, he's talking about that time agents leaked stuff on him (SAID IT AGAIN!) during the Obama administration. (His rejected job application for the Secret Service somehow ended up in the Daily Beast!) He likes to say NOBODY was punished for that, ever, which is a lie because Obama's Department of Homeland Security investigated it and 41 Secret Service agents were punished.

We have no idea what he's talking about when he says Democrats do enemas to him, we are guessing "investigated him 11 times in four years or something," probably. But hey, that sure does bring new meaning to reaching around the aisle, if it's true!

As for his future plans (ASSUMING THEY DON'T INCLUDE JAIL), and regarding the rumors that maybe Fox News is interesting in putting his Play-Doh-lookin' fuck face on TV, he says he'd love to find a "television relationship," but he's still not ruling out running for Utah governor in 2020. He just doesn't know!

“I don’t know exactly where these winds are going to take me,” he said.

Wonkette is funded by readers like you! If you are grossed out right now, click below, to give us dollars!