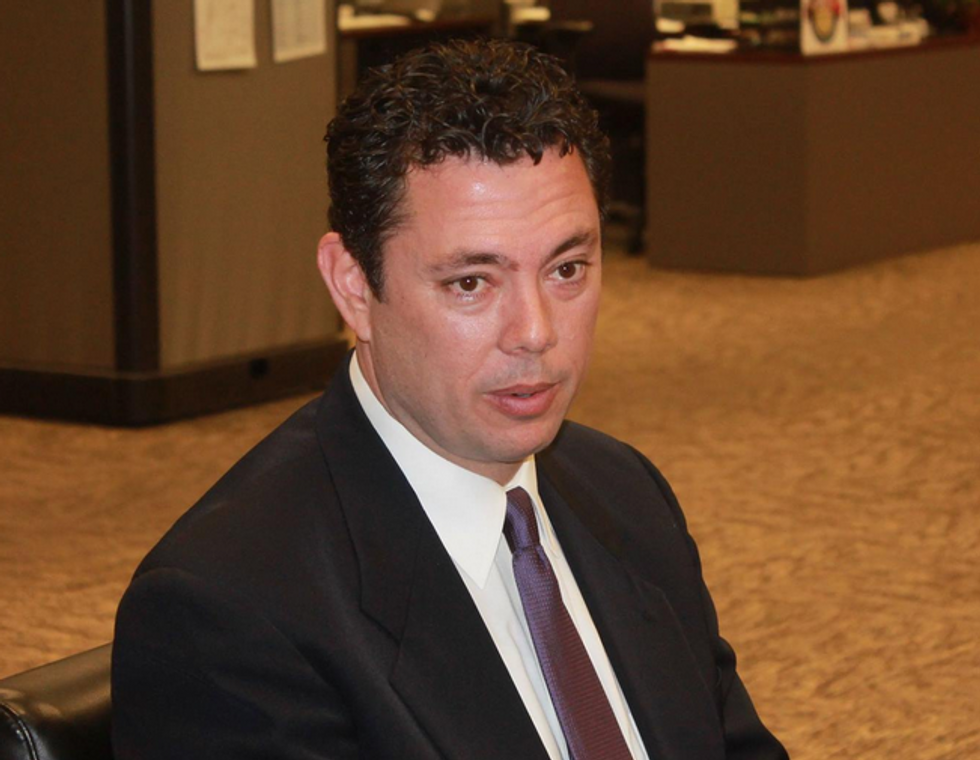 Hooray, Democrats and liberals and moderates and everybody to the left of Genghis Khan are still PISSED and ACTIVATED and there are no signs of it stopping. We told you earlier this week about sad, pathetic Republican congresstwats holding town hall meetings and how they are so very scared of all their constituents showing up and being like "HEY, STOP BEING PUSSIES AND DO YOUR JOBS AND STUFF." Awwwww. Fuck them, right?

Dickhole Smegma-Face Jason Chaffetz Needs A Manners Lesson, And Wonkette Is Just The Blog To Give It To Him

Come and listen to our gentle murmurs.

Well, Thursday night, the town hall game was upped in a big way, as Utah Rep. Jason Chaffetz, AKA the guy who still gets an icky Mormon boner every time he hears a rumor that Hillary Clinton might have sent an email that day, but also AKA the guy who isn't concerned at all about investigating obvious misconduct by the Trump administration, decided to finally hold a town hall for his constituents. His ANGRY constituents. His PITCHFORK-WIELDING MOB of constituents. OVER A THOUSAND OF THEM, while another 800 loitered outside, just in case they might get a chance to enter the facility and come at Jason Chaffetz, bro.

It was beautiful, it was democracy in action, and Jason Chaffetz deserves every bit of it, because he's a hack, he's a bad congressman, and also probably he kicks puppies and disrespects grandmas.

Let's just watch videos of constituents hating Chaffetz's face, shall we? To set up this first one, Mediaite notes that somebody had just asked Chaffetz why he wasn't doing Benghazi email investigations into Donald Trump, which led the entire crowd to chant "DO YOUR JOB! DO YOUR JOB!" at him:

There you have it. "No reason to investigate Donald Trump. Smugly and sparkly #Chaffetz#TownHallpic.twitter.com/w6FkLZMBEs

So, know how the Trump regime keeps saying nobody cares about him releasing his tax returns, because he "won," which means by definition nobody cares? Yeah, about that. In this video, Chaffetz, in his flaccid way, says "it's not required by law" for Trump to do so, to which BOOOOOOOOOOOOO!

Again, #Chaffetz says he wants Trump to release his tax returns, "but it is not required by law." Reaction: pic.twitter.com/KF6rX8Ei3J

Chaffetz told the crowd of people who hate his stupid face that they will "like" the bill he introduces to "abolish the Department of Education," and BOOOOOOOOOO. They will not like that bill. You can't really hear it in the video, but as CNN's Eric Bradner reports, a man screamed, "We want to get rid of you!" in reply. We bet Jason Chaffetz cried wet tears into his Mormon magic underpants last night while he was falling asleep.

#Chaffetz says he wants to eliminate Edu Dept. "I want to get rid of Betsy DeVos!"

So, as you can see, Jason Chaffetz had a very bad night, and that is a thing that makes Wonkette and Jesus laugh.

But he wasn't the only one! GOP Rep. Diane Black of Tennessee held a town hall about the repeal of Obamacare, and you very muchly need to hear this entire question from a Christian white lady high school teacher, on why she thinks Republicans shouldn't murder healthcare dead with fire, just because the black president they hate passed it:

Seriously urge everyone to watch this entire question from a woman at GOP #Obamacare townhall in Tennessee: pic.twitter.com/8mBGE1z6Rj

If we take those people and we put them in high risk insurance pools, they're costlier and there's less coverage for them. That's the way it's been in the past, and that's the way it will be again. So we are effectively punishing our sickest people. And I want to know why not, instead of fix what is wrong with Obamacare, make companies like Aetna, that pulled out and lied to their consumers about why they pulled out, and said they pulled out because Obamacare was too expensive, but they really pulled out because of a merger, why don't we expand Medicaid, and make everybody have insurance?

Cheers from the crowd in Murfreesboro, Tennessee!

Hm, it's almost like people from sea to shining sea hate this illegitimate president, hate the policies he and his GOP want to enact, and really would have preferred if we had elected the girl running against him instead.

Oh well anyhow, here we are, and Trump is the "president," so let's keep calling these assholes, keep showing up at their offices and their town halls, because we are driving them BONKERS, and we will fucking win this thing.