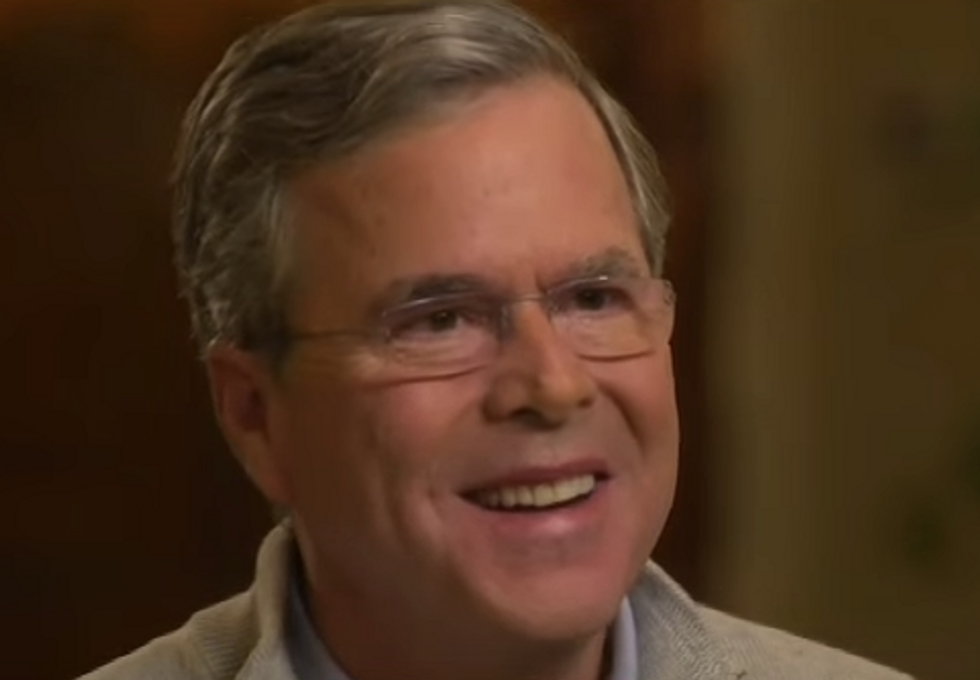 Please, sir, may I have some more?

You wouldn't think sad pathetic "the dumb one, actually" Jeb Bush would look back fondly on the days when Donald Trump spent his every waking moment kicking Jeb in the nuts and laughing at his pain. Remember those days? Remember how sore Jeb's nuts were? Alas and alack and other A-words, Jeb now seems eager for Trump to grab him by the wrist and ask him why he won't stop hitting himself:

Speaking to a gathering at the Forum Club in Palm Beach, Fla., Bush was asked by the moderator what he would say to Trump if he were to walk in the room at that moment.

Jeb is currently somewhere around fifthish place, behind befuddled brain surgeon and tall tales-teller Ben Carson and even that Florida newbie who never bothers showing up to his day job in the Senate. Jeb is this close to being demoted to the Kids' Loser Debate Table For Saddest-Ass Losers in January, if they're even bothering to give participation medals to the non-Trumps by then. Jeb is so sad and pathetic and stinking of loser fail that he'd give anything for a little bit of that summertime ass-smacking from "asshole" Trump, just to keep his name in the headlines.

Too bad so sad for sad Jeb, though. Trump long ago grew bored with making fun of Jeb and telling him to go cry to his mama who doesn't like him either. The Donald has moved on to shocking the nation with the breaking news that Bill Clinton has a penis, and he's not afraid to use it. Maybe if Jeb had a penis ... nah, then he'd probably just get it caught in his own zipper.