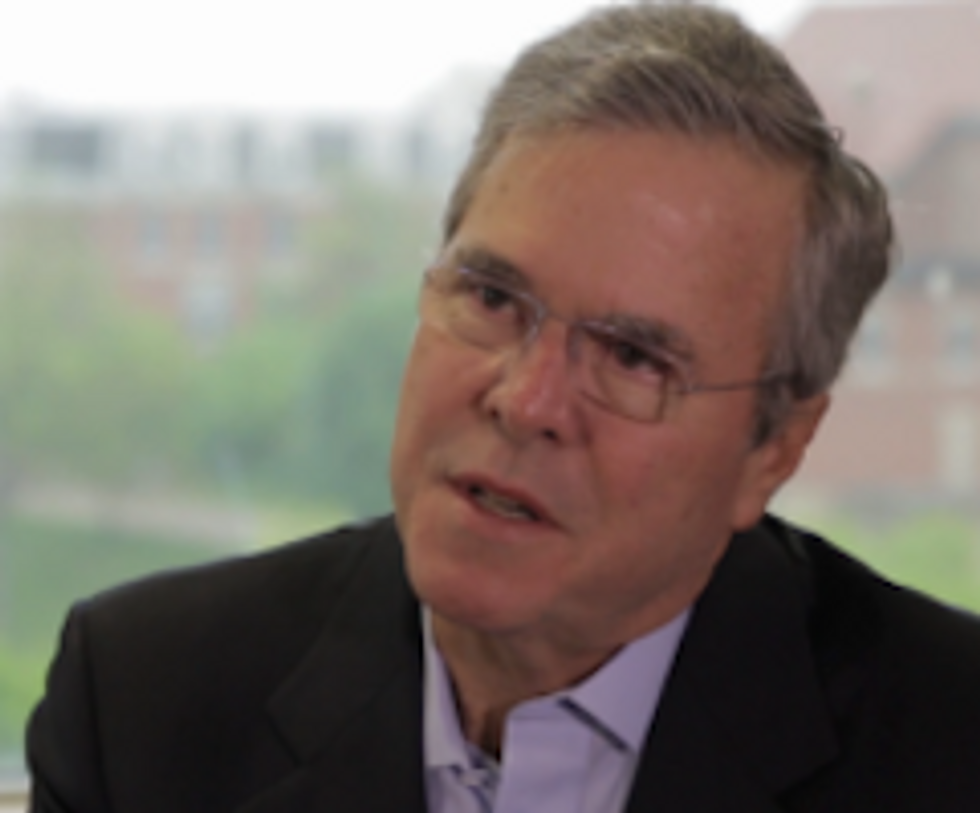 Don't believe it? See for yourselves:

Perhaps Jeb Bush, who proudly slashed Florida's funding of women's healthcare when he was the state's governor and redirected it to crisis pregnancy centers, which do not provide healthcare services, would like to clarify precisely what he means by "women's health issues."

He certainly doesn't mean sex education, because he wasted tax dollars on abstinence-only programs, which do not work to prevent pregnancy or disease.

And he's no doubt excluding cancer research, screening, and prevention, since he vetoed funding for that as well.

He certainly wouldn't include contraception in his definition of "women's health issues," because he has already explained that the best way to reduce pregnancy rates -- besides the ineffective Just Say No To Fucking "education" programs -- is to publicly shame dirty unmarried whores who get themselves pregnant, all on their own.

And, as he made clear earlier this month, he's "not sure we need a half a billion dollars for women’s health issues." He then said what he meant is we don't need to give that money to Planned Parenthood, which, according to Jeb, does not provide any healthcare to women.

We'd like to remind the governor that Planned Parenthood is FAR more popular than Jeb!, that the majority of Americans love it, and pretty much everyone wants their tax dollars to pay for it. Even Republicans.

Then we'd love to hear the governor explain to us which services provided by Planned Parenthood do not count as women's health care.

And then, finally, we'd like the governor to fuck himself right in the face with a rusty speculum.