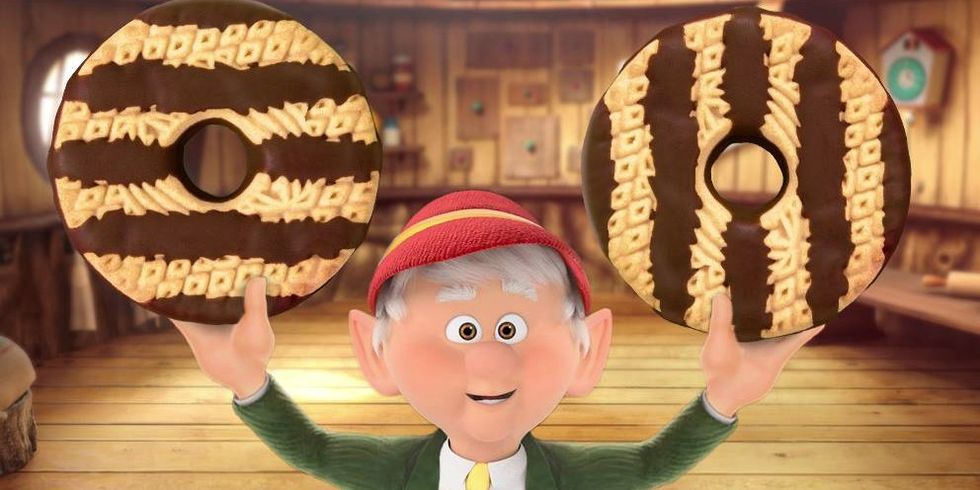 In a major nod to the crazies who voted for Donald Trump, the Justice Department has settled in two lawsuits by conservative groups claiming that the IRS targeted them for additional processing of their applications for tax-exempt status, thus proving to all wingnuts forever that Barack Obama was trying to suppress tea party groups. A lawyer for 400 plaintiffs in one of the class action suits said the settlement with his clients included a "very substantial" payout, although the DOJ didn't mention any financial settlement in its announcement. In settling with the second group, the IRS will apologize for being very, very bad.

The settlements came a few weeks after a new report from the Treasury Inspector General for Tax Administration (TIGTA) showed the agency had sloppily handled applications for tax exempt status across the political spectrum, noting that the IRS had inappropriately targeted groups based on their names instead of any evidence that they were engaging in political activities that wouldn't be allowed by tax exempt groups. Mother Jones's Kevin Drum pointed out that the IRS's informal "be on the lookout" (BOLO) lists of terms that would trigger additional scrutiny actually ended up int he targeting of far more progressive than conservative groups. Turns out a 2013 TIGTA report suggesting a bias against conservative groups had been based on very incomplete evidence, oops.

In 2015, the Justice Department announced it wouldn't prosecute the IRS or any officials because there was no evidence the IRS had broken the law or that it had been directed to focus on conservative groups. The boring reality, as a Senate Finance Committee report determined in 2015, was that the delays in processing were largely the result of IRS mismanagement and inability to handle the huge influx in applications from Tea Party groups in advance of the 2012 elections. It was a bureaucratic screwup, not a conspiracy to deprive conservatives of their sacred right to tax-exempt organizing (and political activity that just barely meets the criteria for a nonprofit group, but that's a whole 'nother issue).

No matter: Now that the lawsuits have been settled, the Official Line in the wingnuttosphere is that this vindicates the claims that the IRS was persecuting teabaggers, and thank God Donald Trump came along to Take Our Country Back from the Kenyan Usurper. The DOJ statement on the settlement played up the targeting of conservative groups:

Sessions closed with a heartfelt sad for the victims of the IRS:

There is no excuse for this conduct. Hundreds of organizations were affected by these actions, and they deserve an apology from the IRS. We hope that today's settlement makes clear that this abuse of power will not be tolerated.

No mention, of course, of that inconvenient Inspector General's report released less than a month ago, because it gets in the way of that now sacred belief that the IRS was sent after conservative groups alone, and it outright disproves the claim that conservatives were even the primary targets of the sloppy procedures at the IRS. Why would Sessions mention old news like that?

The wingnuttosphere is exulting that it's been vindicated, of course: over at Townhall, a columnist says "It's common knowledge that President Obama's IRS unfairly targeted tea party groups," and if you want proof, just look at this settlement. Ben Shapiro's Daily Wire says that in settling the cases, the DOJ is "righting the wrongs that the Obama IRS committed when it waged an egregiously partisan campaign against Tea Party and other conservative groups." And at Fox News, wingnut lawyer Jay Sekulow is positively jizzing his pants over the VICTORY!

It took many years to resolve. But I am delighted to report that we have just obtained a resounding victory in our legal challenge to the IRS’s political targeting of conservative organizations.

In an unprecedented victorious conclusion to our four year-long legal battle against the IRS, the bureaucratic agency has just admitted in federal court that it wrongfully targeted Tea Party and conservative groups during the Obama administration because of their political viewpoints and issued an apology to our clients for doing so. In addition, the IRS is consenting to a court order that would prohibit it from ever engaging in this form of unconstitutional discrimination in the future.

The actual apology the IRS agreed to doesn't actually admit targeting conservatives, but that it did screw up by focusing on group names -- no admission of partisan bias at all:

In other words, total victory, and why isn't Barack Obama in jail, huh?