I wanna be a bigot just like mommy someday!

Are you a big fan of Pixar who struggles daily to communicate your homophobic values to your cartoon children? The Jehovah's Witnesses have a solution for you. Do you get squicked out when you find out your daughter's friend Heather really does have two mommies, and they are lesbian-wedded to each other 'til death do they part and God ninja kicks them into hell with all the other sinners? Jehovah's Witnesses gonna fix that too.

Come, let us watch a cartoon video together, and learn. Wonkette shall narrate for you, in case you're not allowed to watch Jehovah's Witnesses shit at your job.

OK so there is a little girl, and she drew a picture at school of her traditional heterosexy family. As she pulls her picture down, she gets this look on her face like "GET A HOME DEPOT ACCOUNT, LADIES," when she sees how one of her pals drew lesbian mommies: 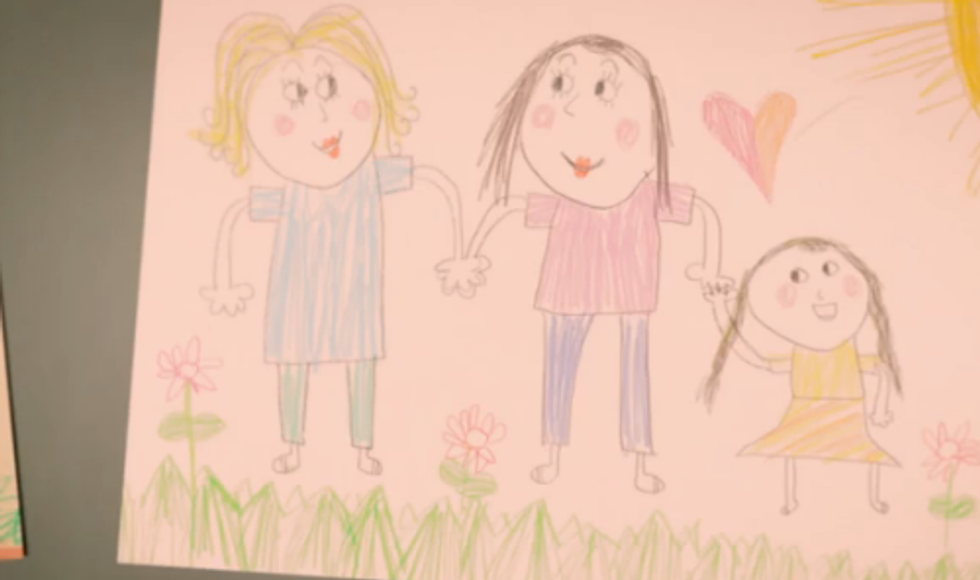 So she goes home to her mommy and is like, "What up, yo! Drew a picture of the family! Didn't finish it! One of the girls in my class drew some lezzies, though, SADFACE." She adds that her teacher (who we are guessing is a godless coastal liberal elitist Jewish Muslim, probably) says that if two people love each other, then that's just great. 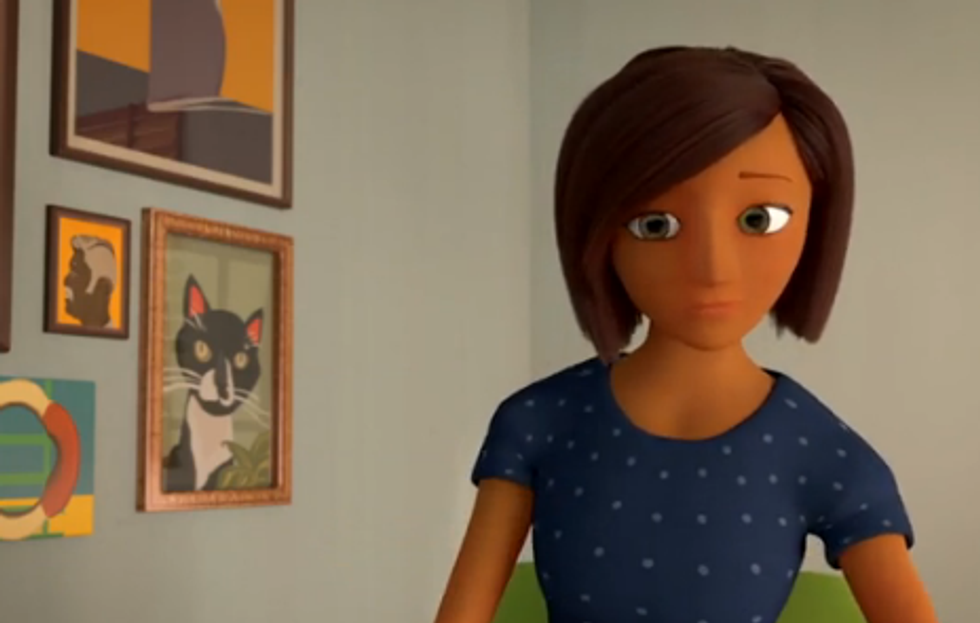 So mommy explains that UM THAT IS NOT WHAT JEHOVAH SAYS ABOUT INDIGO GIRLS-TYPE LADIES. She says Jehovah invented marriage to be ONE man and ONE lady, at which point the camera pans to Adam and Eve and definitely not Adam and Steve.

Adam's arm gets a boner when Eve gallivants into the frame: 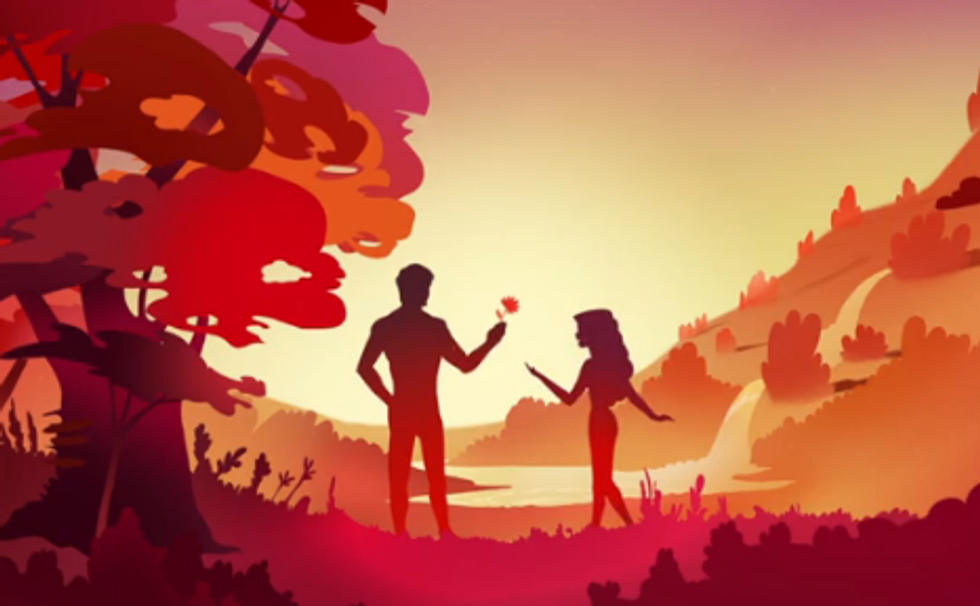 Like for real, the second before Eve traipsed in, his arm was normal.

Mommy explains that Genesis 2:24 says a man will "stick to his wife," but she doesn't mean like in a spooge-y wetspot kind of way, because that's gross.

Mommy's like, "Know who else said that? No, not Hitler, it was Jesus!" (Not an exact quote.) She then drops some sick knowledge, in the form of a clever comparison:

MOM: It's kind of like going on an airplane. What would happen if someone wanted to bring something on the plane that wasn't allowed?

CHILD: They can't go on the trip!

You see, Jehovah's kingdom is like an airplane, and buttfucking is not allowed, not even tiny little three-ounce bottles of buttfucking. Or lady-butt-scissoring. So if you are going on Jehovah Airlines and you get caught at the gate with some ass sex or some lady boning, you are NOT getting a boarding pass. 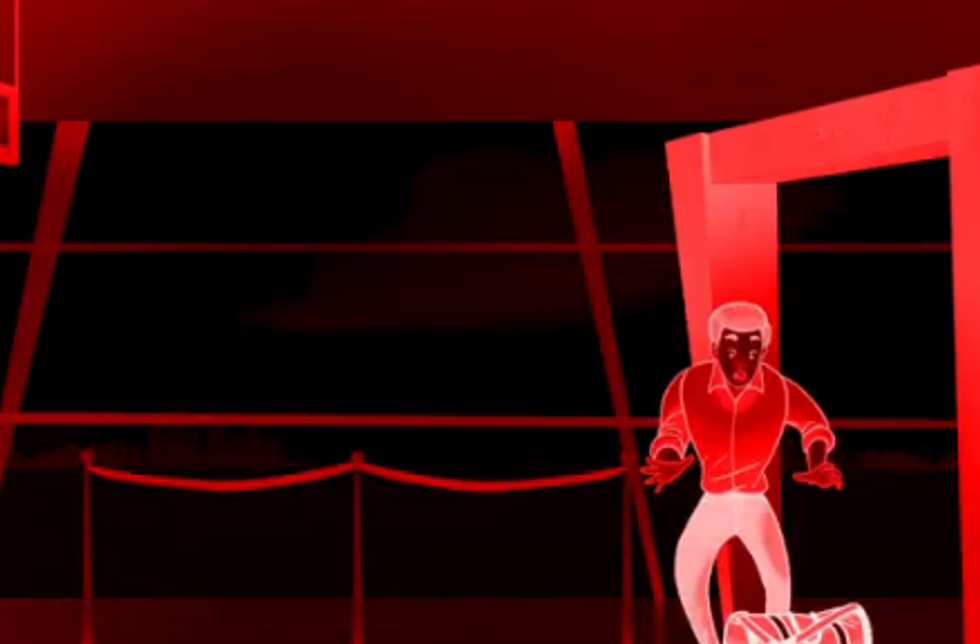 Do you want to be the guy who tries to bring all his buttfucks on Jehovah's airplane?

Mother dear explains that Jehovah wants us to "be his friend and live in Paradise forever," but you can't do that if you like to do the gay, so you have to "leave some things behind."

Here is a picture of a man standing at the gate, realizing he must leave ridin' the D behind: 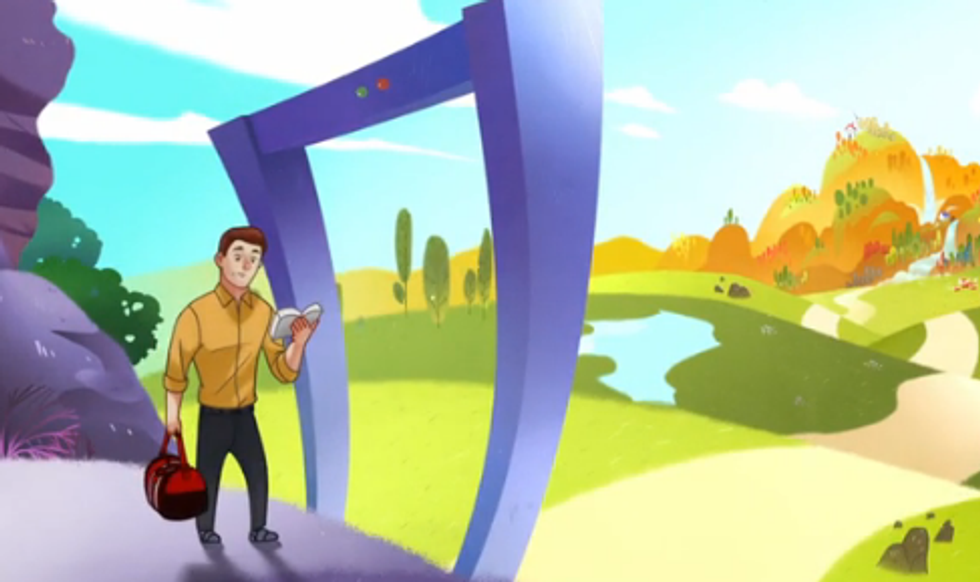 The little girl protests that she wants "everybody to get to Paradise," and mommy reassures her that Jehovah wants that too, but no queers allowed. She, however, exclaims, "People can change!"

They end by discussing how the little child can tell her friend about what it's like in No Lesbo Paradise, and something about animals, we don't goddamn know: 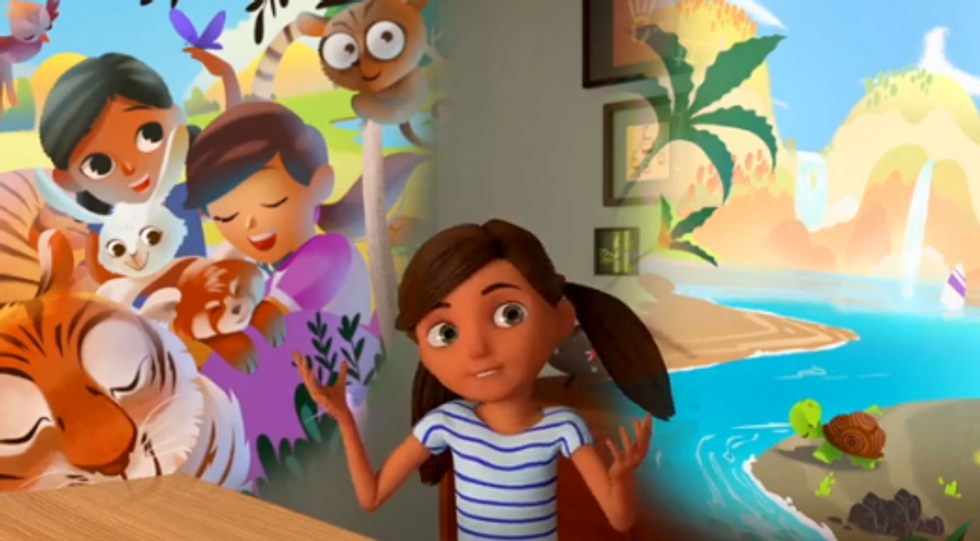 Finally, mommy and munchkin decide to practice being homophobes, so her friend's muff-diving mommies don't burn in hell for eternity, and if you're not saying, "AWWWWWW SO CUTE!" right now, then you're probably beyond saving, you fucking heathen.

Your Weekly Top Ten Is BEJEWELED!