Jen Rubin Wants You To Get Married. Yes All Of You. Even You! 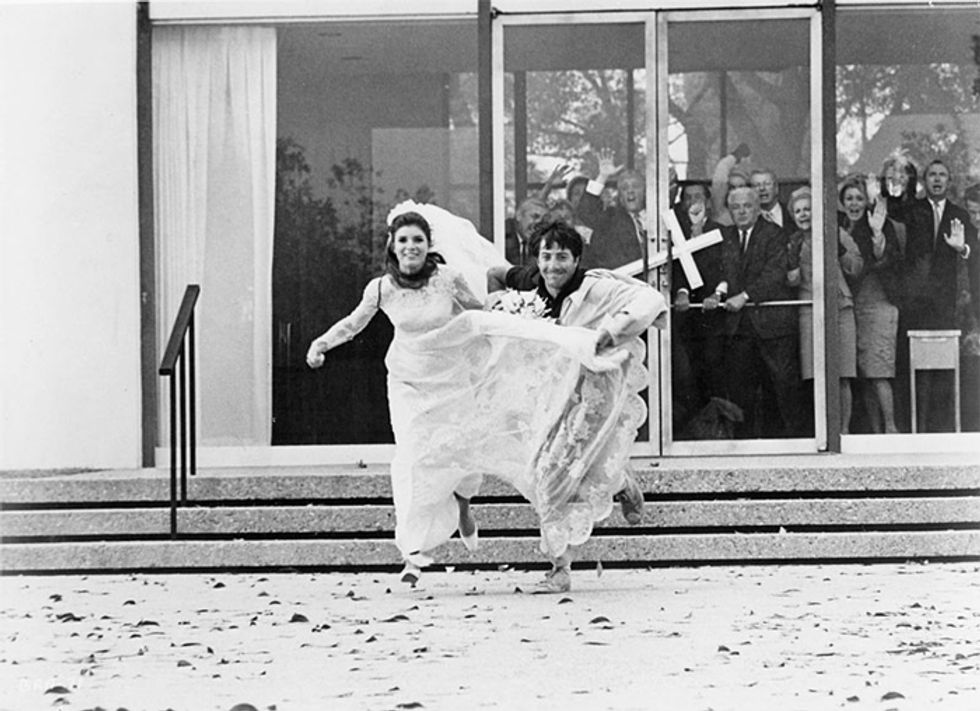 The Washington Post's Jennifer Rubin wrote an extremely lazy column about how "Marriage = Happiness," throwing a bunch of blockquotes together and calling it a day. Nice work if you can get it!

For a column from the frequently bewildering Jennifer Rubin, it's not even that terrible. Basically, she bolted together other people's arguments to say that, when talking about "poverty and upward mobility" -- i.e., those irresponsible welfare mothers and absent black fathers -- conservatives would do well to not merely reduce the argument for marriage to economic terms, but should also emphasize that marriage makes people happier:

But the real argument for marriage is that it makes you happier — especially if you are a woman. Arthur Brooks of the American Enterprise Institute has made this point for years: “Marriage and happiness go together. If two people are demographically the same but one is married and the other is not, the married person will be 18 percentage points more likely to say he or she is very happy than the unmarried person.”

And so on. Study after study shows that married people are happier and healthier than their demographically similar single counterparts, and so, Rubin chirps, if you want to be happy for the rest of your life, get hitched!

[T]hose who want to encourage marriage should not rely on negative arguments or appeals to abstract social goals. (Your chances of being stuck in poverty increase if you aren’t married.) Instead, they should tout the joy and health benefits of marriage. It is not merely that marriage is good for children, good for lowering poverty rates or good for social order; it is a good way to increase happiness.

That's nice, isn't it? Except, of course, for the part where Rubin kind of overlooks the problem of figuring out why that may be the case. Is it the mere fact of being married that makes married people happier, or are people who are more prone to happiness also more likely to find satisfaction in marriage? Obviously, we say this as moody malcontents who can't get along with anyone. But having worked several years with family courts, we're a bit skeptical of the notion that marriage itself is a magic elixir for happiness. If that were truly the case, then people who stay together "for the sake of the children" would be out there recruiting more divorcing couples to the cause, and there'd be very few no-contact orders being issued for abusive spouses.

Unfortunately, since humans are remarkably resistant to letting their family structures be rearranged for the purpose of social science research, we can't just randomly assign a group of people to marry each other and then track the happiness of that group versus a similar control group. And so we get dopey prescriptions like Rubin's, or Phyllis Schlafly's contention that if wimmins really want to reduce sexual abuse, they should be encouraging marriage since it calms men down and makes 'em less brutish.

Also, at the end of the column, there's this note, in parentheses:

(By the way, gay marriage proponents might strengthen their argument by citing research that says gay marriage also increases happiness.)

Well knock us over with a feather! Jennifer Rubin is offering advice to the marriage equality movement? We were happy and a bit surprised to see that she's actually been saying since 2012 that trying to oppose equality is a lost cause, so good on Jennifer Rubin. Now she can be equally wrong in advising everyone, gay and straight, that marriage is the truest route to happiness. Bless her heart.