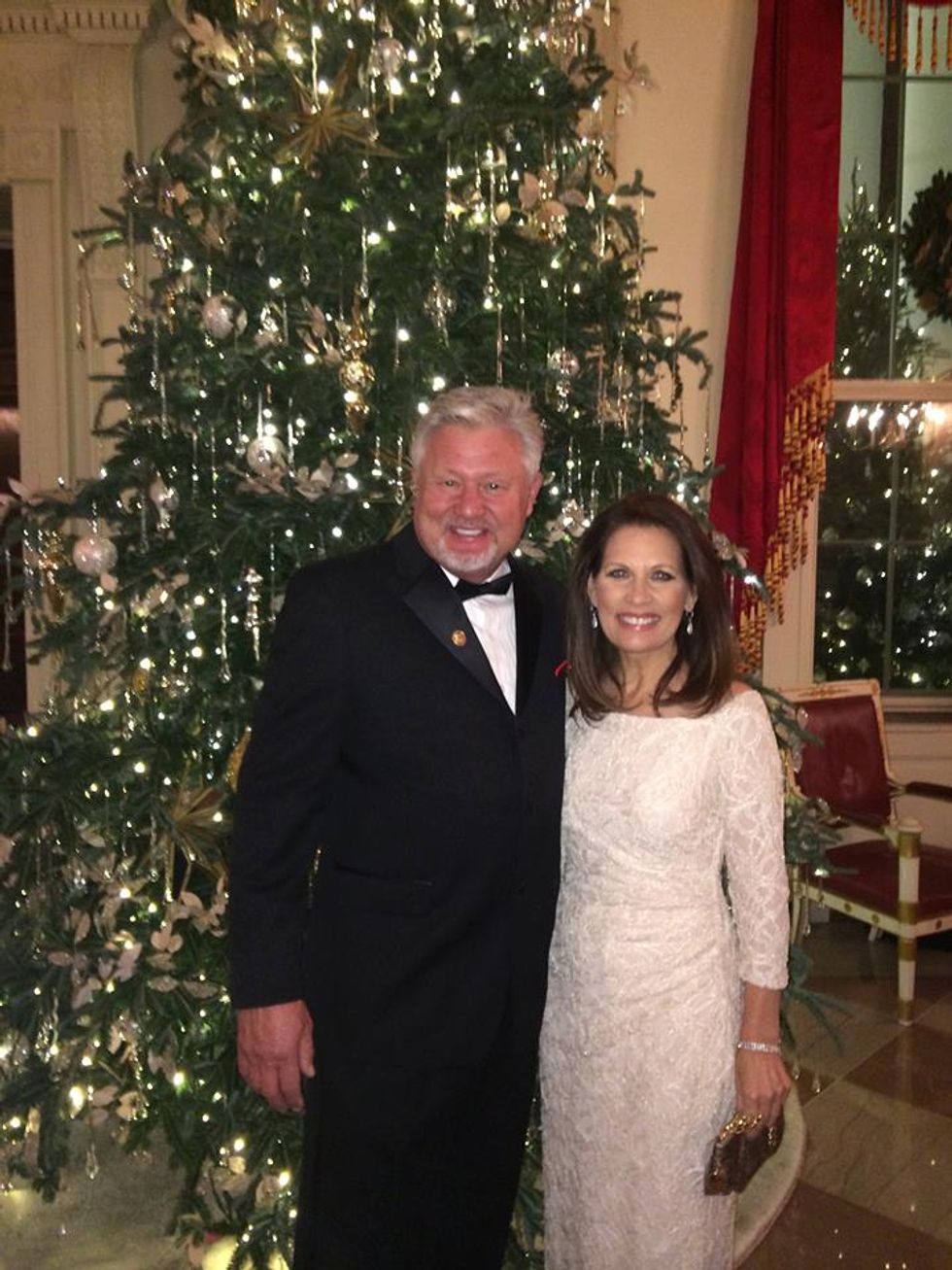 Man, we are really going to miss Rep. Michele Bachmann. And not just because of her fabulous fashion sense and even more fabulous husband sense, or her riveting speeches on how much she loves God and freedom, but also because of sparkly rhinestones like this.

At the White House War on Christmas party, hero Bachmann cornered the president so she could give him some final advice about how to be president, since obviously he's been at a loss and waiting for her to give him a hand and a piece of her mind (which is maybe not such a good idea since she doesn't have much to spare).

“I turned to the president and I said, something to the effect of, ‘Mr. President, you need to bomb the Iranian nuclear facilities, because if you don’t, Iran will have a nuclear weapon on your watch and the course of world history will change,’” she told the Washington Free Beacon.

“And he got his condescending smile on his face and laughed at me and said, ‘Well Michele, it’s just not that easy.’ And I said to him, ‘No, Mr. President, you’re the president, it will happen on your watch, and you’ll have to answer to the world for this.’ And that was it and then I left. Merry Christmas,” she said with a laugh.

We are most impressed that Bachmann's skin is so thick, she can simply laugh it off when the president is so condescending to her. Our feelings would be very hurt if we told the president to drop all the bombs and he laughed -- condescendingly -- at us and then tried to explain to us why you can't just go around bombing all the things. Besides, that's not even true. Bill Kristol says you can TOO go around bombing all the things, and he's never been wrong. Sen. John McCain, who has also never been wrong, has been singing that old tune for years, and that's why the American people elected him president in 2008, because they thought it was such a good idea too.

Of course dumb CONDESCENDING Obama probably won't listen to Bachmann, but our fingers are crossed that while she's retiring from Congress, she'll be back soon enough to fix all of Obama's mistakes. If only the sexist Republican Party would stop being so sexist against Michele Bachmann and beg her to run for president in 2016. She's waiting by the phone, fellas, and ready to take the call.