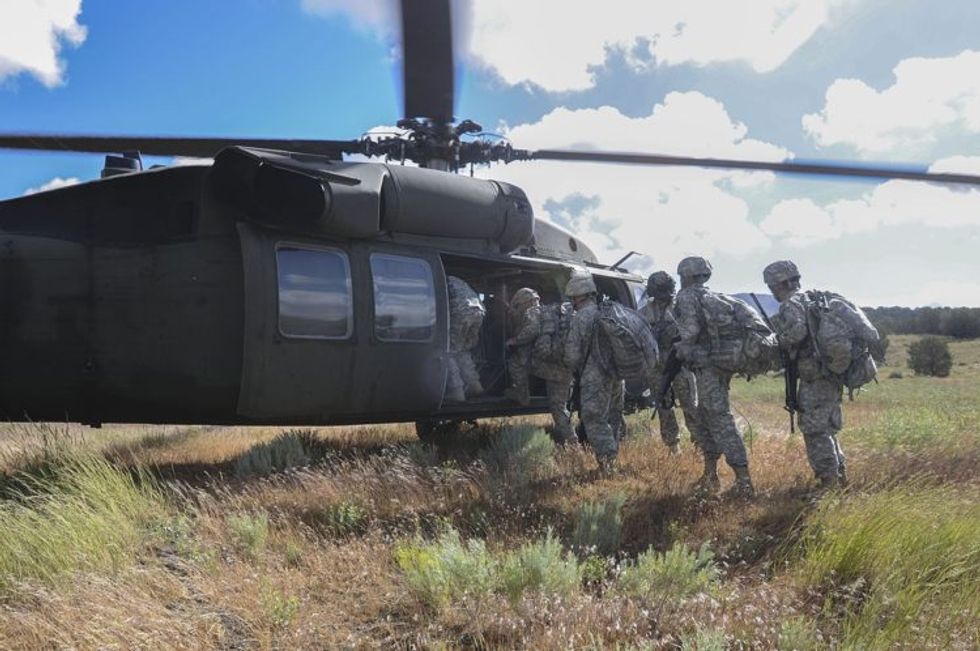 California Gov. Jerry Brown is fine with sending some of the state's National Guard troops to patrol along the US-Mexico border. Just not for the immigrant-hunting mission Donald Trump thinks is suddenly a huge military priority. But sure, Brown announced in a letter last week, the Guard can certainly cooperate with the Department of Homeland Security. In the letter, Brown said he'd be delighted to take some federal cash to deploy troops for a useful purpose. How about on training to secure the homeland, for instance?

Your funding for new staffing will allow the Guard to do what it does best: support operations targeting transnational criminal gangs, human traffickers and illegal firearm and drug smugglers along the border, the coast and throughout the state. Combating these criminal threats are priorities for all Americans [...]

Not gonna do it (shut up! Dana Carvey jokes are still relevant!) because didn't you guys know illegal border crossings are at a record low? Also, God does not approve of the New Cruelty:

Here are the facts: there is no massive wave of migrants pouring into California. Overall immigrant apprehensions on the border last year were as low as they’ve been in nearly 50 years (and 85 percent of the apprehensions occurred outside of California).

I agree with the Catholic Bishops who have said that local, state and federal officials should “work collaboratively and prudently in the implementation of this deployment, ensuring that the presence of the National Guard is measured and not disruptive to community life.”

Yesterday, a Defense Department spokessoldier said California wasn't going to play nice like all the other border states' governors have, but that the DOD was “in continuing dialogue and discussion” on how California might coordinate with the feds. Needless to say, Donald Trump had a hissy about it this morning on the electric Tweeter machine:

Looks like Jerry Brown and California are not looking for safety and security along their very porous Border. He cannot come to terms for the National Guard to patrol and protect the Border. The high crime rate will only get higher. Much wanted Wall in San Diego already started!