Jesus-Loving Cop Fired, Just For Loving Jesus Too Much 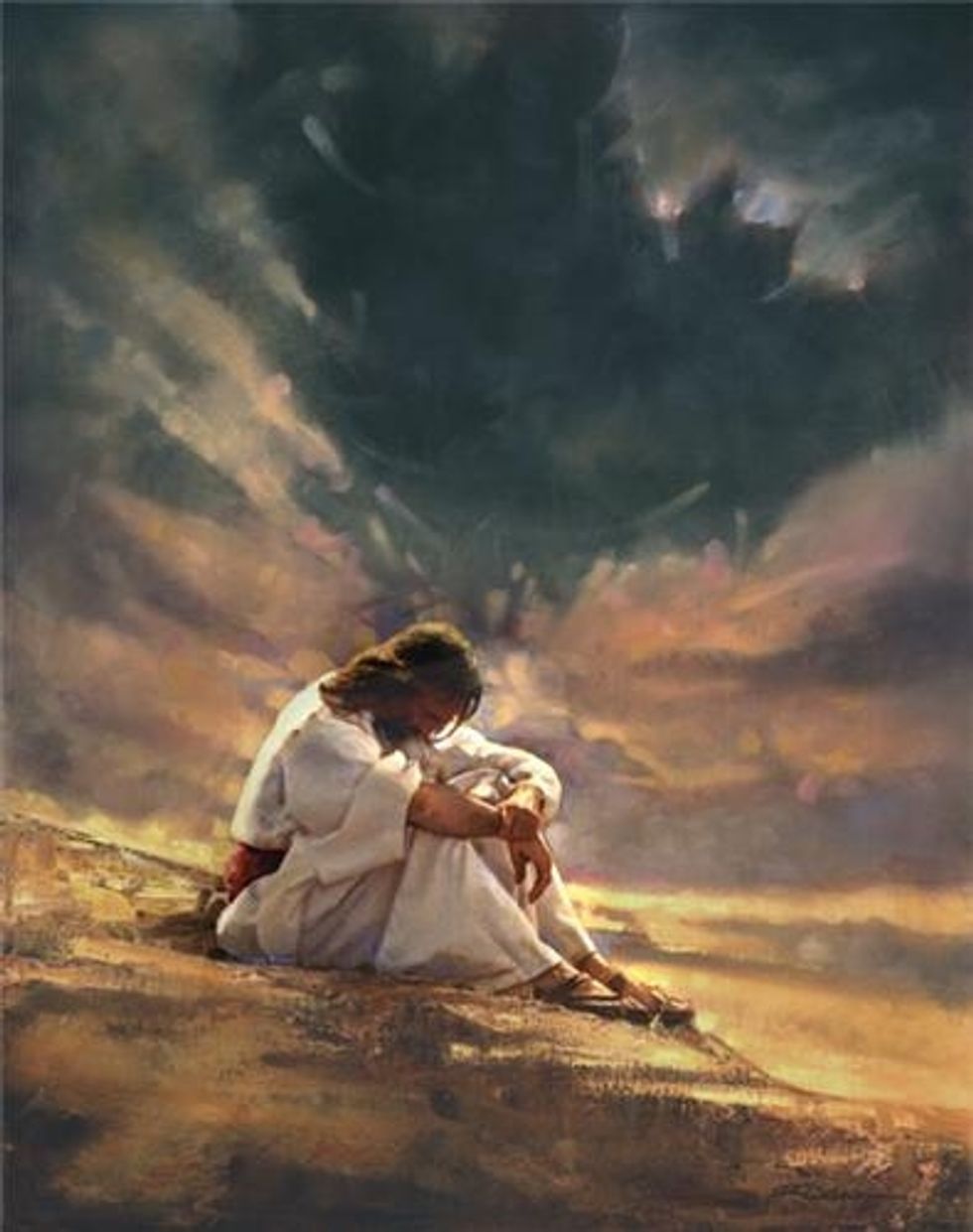 Jesus is crying because this fired cop is so stupid.

Know that thing when you are driving down the interstate in Indiana on the way to the big sale at the Big Lots, and you're late? So you figure, whatever, I will drive a little faster, because big sales at Big Lots are your favorite, like even better than Christmas. But RUH ROH there are some blue lights behind you and now you are pulled over and the policeman is like "HAVE YOU ACCEPTED JESUS CHRIST AS YOUR PERSONAL SAVIOR?" and you're like "WTF?"

That's what Senior Trooper Brian Hamilton of the Indiana State Police liked to do, apparently, and he's now been sued twice for it, with the latest case filed Tuesday by the ACLU. He's also just been fired, simply because he wanted to share the Good News of the Risen Christ with all the Speedy Gonzaleses and Larry Leadfoots of Indiana. Didn't they know they were driving over the speed limit ON THEIR WAY TO HELL?

Here's what a typical traffic stop with Hamilton went like, we guess:

Indiana State Police trooper Brian Hamilton pulled over Wendy Pyle in January, according to a lawsuit filed this week. He told Pyle that she had been speeding, went back to his patrol car and returned with a warning ticket.

Then, the lawsuit alleges, Hamilton asked Pyle where she attended church — and whether she had been “saved.”

“Ms. Pyle was extremely uncomfortable with these questions,” the complaint for damages states. “In order to hopefully end these inquiries Ms. Pyle indicated that she did attend a church and that she was saved.”

But Hamilton kept going. He invited Pyle to his church and gave her directions, the lawsuit alleges. Later, it states, “Ms. Pyle was approached by someone who attended church with Trooper Hamilton who informed her that Trooper Hamilton had placed her on a prayer list.”

[wonkbar]<a href="http://wonkette.com/562562/indiana-traffic-cop-will-save-save-your-soul-with-a-warning-ticket-and-some-jesus"></a>[/wonkbar]Man, what an Officer Friendly! According to the first lawsuit, filed in 2014, Hamilton pulled over a lady named Ellen Bogan and gave her a stern warning, and also a Jesus pamphlet. We suppose that's better than that shitty thing where wingnut Christians give pamphlets in lieu of tips, but it's still gross.

Of course (GRRRRR), now that Hamilton has lost his job, he will become a "martyr." We put silly-quotes around that because John The Baptist these motherfuckers ain't. He will join the ranks of all the whiny fundamentalist Christian assholes who don't understand where their Sincerely Held Religious Beliefs end and their fucking jobs begin.

[wonkbar]<a href="http://wonkette.com/572192/atlanta-fire-chief-simply-does-not-care-for-gay-people-wingnuts-are-on-it"></a>[/wonkbar] Like former Atlanta fire chief Kelvin Cochran! He became a "martyr" when he got so excited about hating gays he wrote a whole book about it, but didn't follow Atlanta's policies when it came to getting his extracurricular book-writin' activities approved. Oh and also he gave the book to his employees at work, which is known as proselytizing, and also just gross and weird.

"Hey, my firemen and fireladies! Want to learn about REAL fire safety skills? Well if you do gay sexing, you will not be safe from the fires TENDED BY THE DEMONS OF HELL. It's in my book!" That is probably what he said at staff meetings.

[wonkbar]<a href="http://wonkette.com/521409/wingnut-matt-barber-vows-he-will-not-get-gay-married-even-if-it-means-death-camps-and-jail"></a>[/wonkbar]Matt Barber, that crazy guy who publishes Barbwire.com, is another good example. He became a "martyr" when he was fired from Allstate, just for writing bizarre gay-hatin' columns in his spare time, THAT MENTIONED HIS AFFILIATION WITH ALLSTATE.

That's not even to mention all the Christian bakers, candlestick makers, butchers, hairdressers, fluffers, POETS, dog-walkers, hand models and puppeteers who are martyred for Jesus every single time a gay homosexual asks them to do something.

Oh the agony these people must endure. This is exactly what it must feel like to literally be burned at the stake, crucified, or eated by lions, just because you love Jesus.