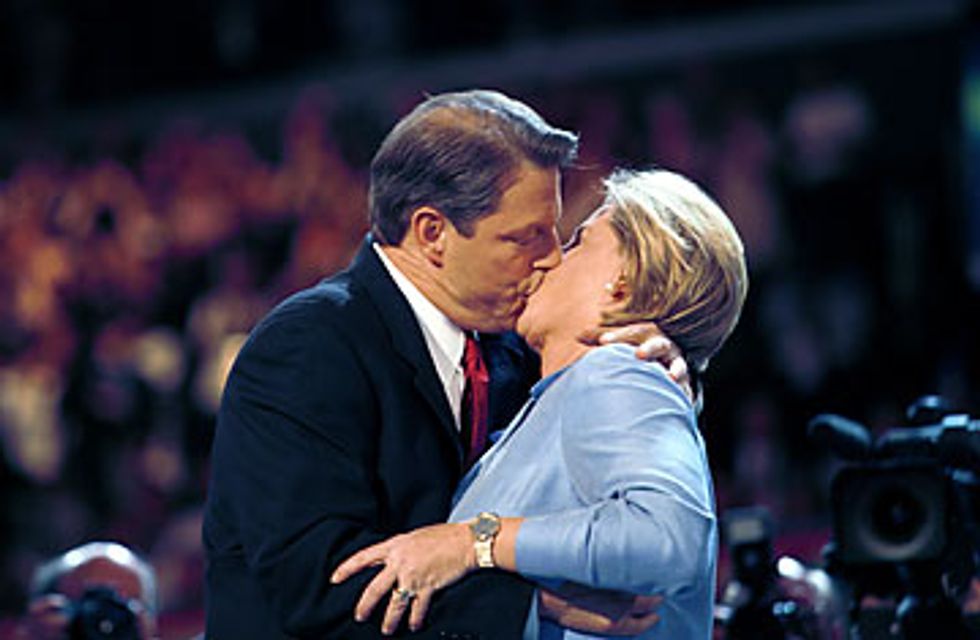 Remember that time Al Gore mouth-raped his poor wife and gave her a tonsillectomy, with his big ol' tongue, on national television? That was gross! But here is the opposite of that, with Gentleman Jimmeh, your 39th president, Mr. James Earl Carter The Only, smooching on his wife in a NICE way.

The base-ball announcing men couldn't have been any better: "Oh look it is Jimmy Carter," they said, "as you may know he is undergoing cancer treatment at Emory and he is a Braves fan and let's get some runs for him because he is the greatest ex-president OF ALL TIME and everyone loves him except for real fuckin' asswipes." They may not have said the last part out loud, but only because the FCC is a dick.

Here is the video, courtesy TPM, and it is nice, and let's raise one to Jimmy because it's lunch time somewhere.