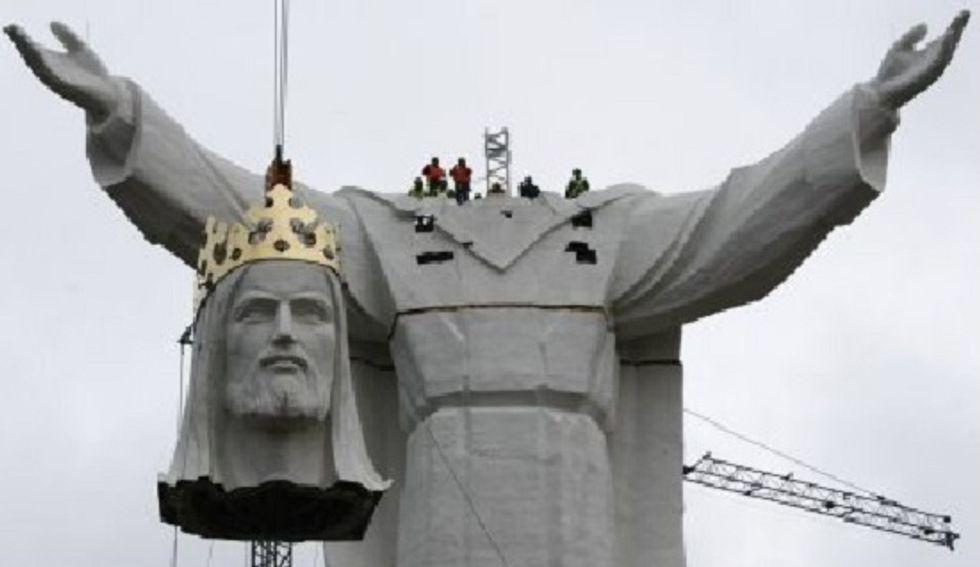 Remember Jimmy Swaggart, the fire and brimstone televangelist who sort of semi-disappeared in disgrace in the early '90s after news broke of his visits to prostitutes? He gave a big teary "I have sinned" speech, the prostitute told the squicky details of how they never actually did sex -- as we recall, he wanked while watching the lady of negotiable affection strip, but at least he tipped well -- then the Assemblies of God defrocked him, and he was forever banished to the wasteland of obscure religious cable channels.

Well! Turns out that ol' Jimmy didn't just spill his seed upon the ground, but also went forth and multiplied, and now his son Donnie is trying to make a name for himself in the crowded Fundagelical Culture War arena. RightWingWatch reports that Donnie Swaggart is pretty sure that homosexxers are just as bent on murdering their foes as ISIS is, and given half a chance, the homeaux would start chopping off Christians' heads if they could. Needless to say, your Wonkette Beheading Correspondent is on this.

Following the monumentally stupid -- and quickly dropped -- attempt by Houston officials to subpoena local pastors who'd organized a petition against the city's non-discrimination law, Swaggart fils went on his daddy's cable Jebus network to warn that intolerant radicals in the GBLT community are out to silence the Bible, possibly by acting like crazed religious fundamentalists:

"All of this is to shut the Bible up," Swaggart declared. "They want the Bible gone. And I'm going to make a statement: These people that are trying to do this in Houston, the only difference between them and ISIS, those thugs in Iraq, is those here cannot chop our heads off. That's the only difference. The heart is the same. The heart is the same. If they could silence us that way to intimidate others, that's exactly what they would do."

Yes, that's the younger Rev. Swaggart claiming that gays are the most apt American analog he can think of to ISIS -- a group that believes it is doing God's work by condemning as heretical and worthy of destruction anyone who behaves contrary to the edicts in a collection of fables scribbled by ancient religious zealots.

No, we're not especially surprised that he couldn't think of anyone else in America who might sort of fit that description.

We'd pop in the video of Swaggart's proclamation, but it's been scrubbed, at least temporarily, from his family's own website, and the cable network also got YouTube to pull RightWingWatch's excerpt of the video, claiming copyright infringement. Given that it's pretty clear Fair Use, we're betting the latter will eventually return; RWW has been through this before.