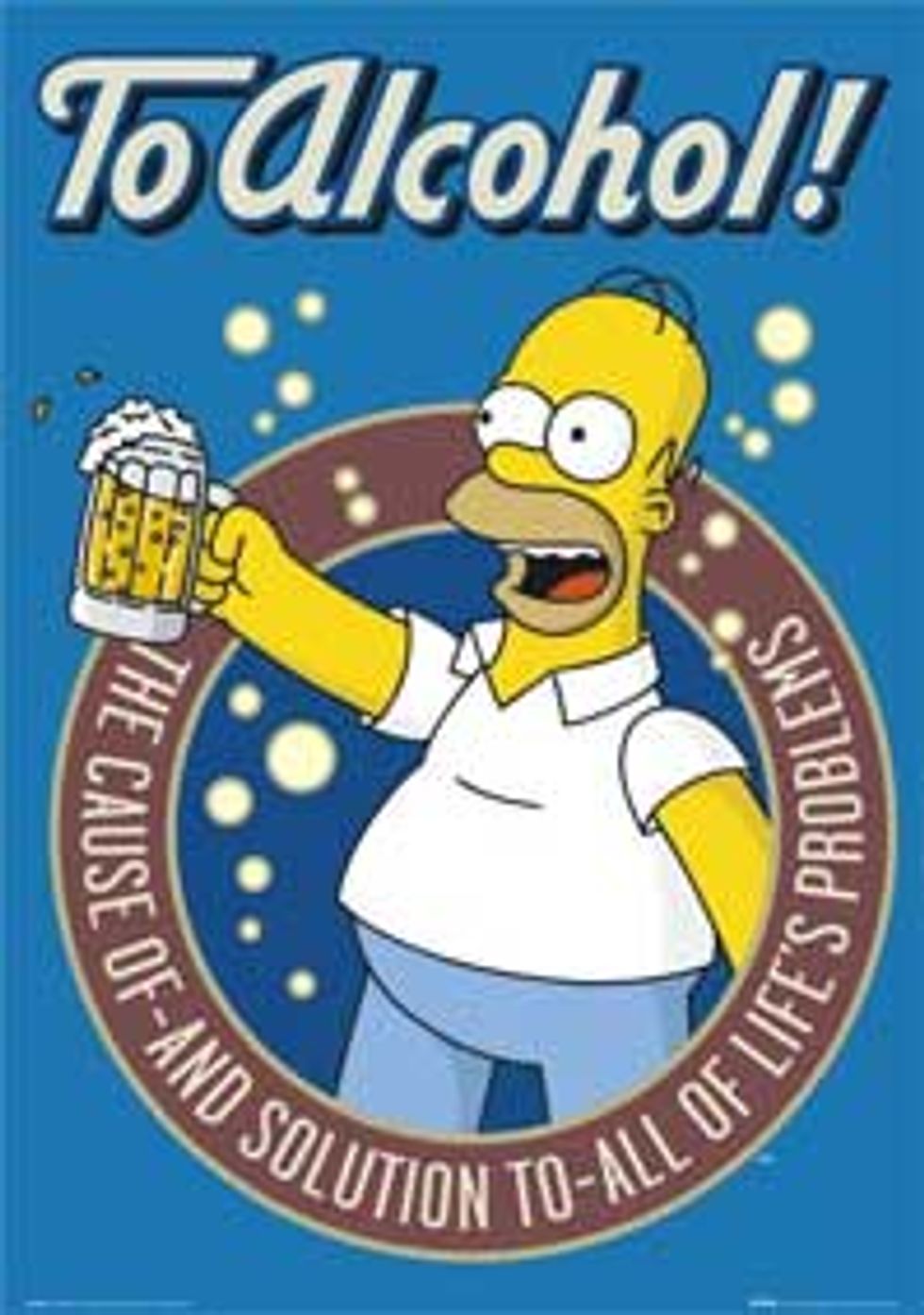 For as much as we sanction the idea of keeping a sturdy supply of booze on hand near the office, we're going to note that the Ohio legislature's proposal toopen a bar in the Statehouse basement is probably tantamount to entrapment given the number of Ohio representatives who heart drinking and driving all over the state highways. Anyway, weren't there some other things going on in Ohio? Maybe, like, a "union" thing, or some "unemployment" bullshit, once upon a time? No, there were not, thanks for asking, and they've got it covered: somebody has to bartend. Job creationism!

Surprisingly, no one is actually debating, "why are we even debating this." As usual, it is mostly "will the children have to watch?"

State officials are debating a proposal to establish what would apparently be the nation's first statehouse bar — a venue where lawmakers and even members of the public could tip a few back after hours if they reserve the space.

Opponents say it would be inappropriate to open a bar in a government building frequented by schoolchildren, while others note that alcohol already flows freely at Statehouse events.

"My point of view is Prohibition ended in the 1930s, so what's the big deal?" said Sen. Bill Seitz, a Cincinnati Republican. "We're not talking about putting George Jones and Willie Nelson on the jukebox and having people spending all their waking hours in the Capitol Cafe, drowning their sorrows. But the idea that there's alcohol in the Statehouse should be completely unsurprising to anyone."

Haha, what the hell did Willie Nelson ever do to Ohio? [AP]