Joe Arpaio Cancels Birtherpalooza Festival When No One Buys Tickets 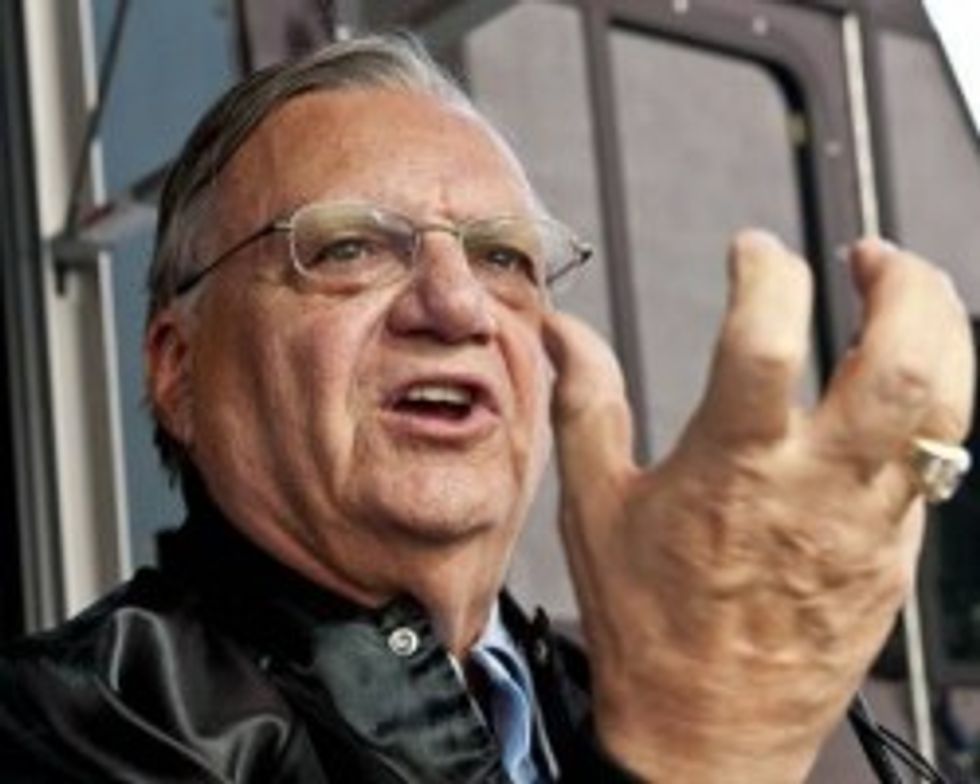 Useless old spite bitchJoe Arpaio was planning a big smelly Birtherfest for September 22, but now it looks like instead of hanging out with Pat Boone (who is still alive, apparently?) and heroic order-disobeying Army doctor Terry Lakin, he will just have to spend the day doing his job as Maricopa County Sheriff instead, because the event was cancelled due to abysmal ticket sales.

Haha, we are just kidding. Joe Arpaio is far too important to merely do his job. Come to think of it, the good people of Maricopa County are probably safer when Arpaio just stays the hell off the streets.

Arpaio's flunkies took pains to reassure Patriotic wingnuts that his "investigation" of Barack Obama's birf certificate is nonetheless continuing, as is Arpaio's relentless campaign to protect his trademark as "America's Toughest Sheriff." We have long maintained that it is unfair of him to claim this title before the results of the cookoff are in.