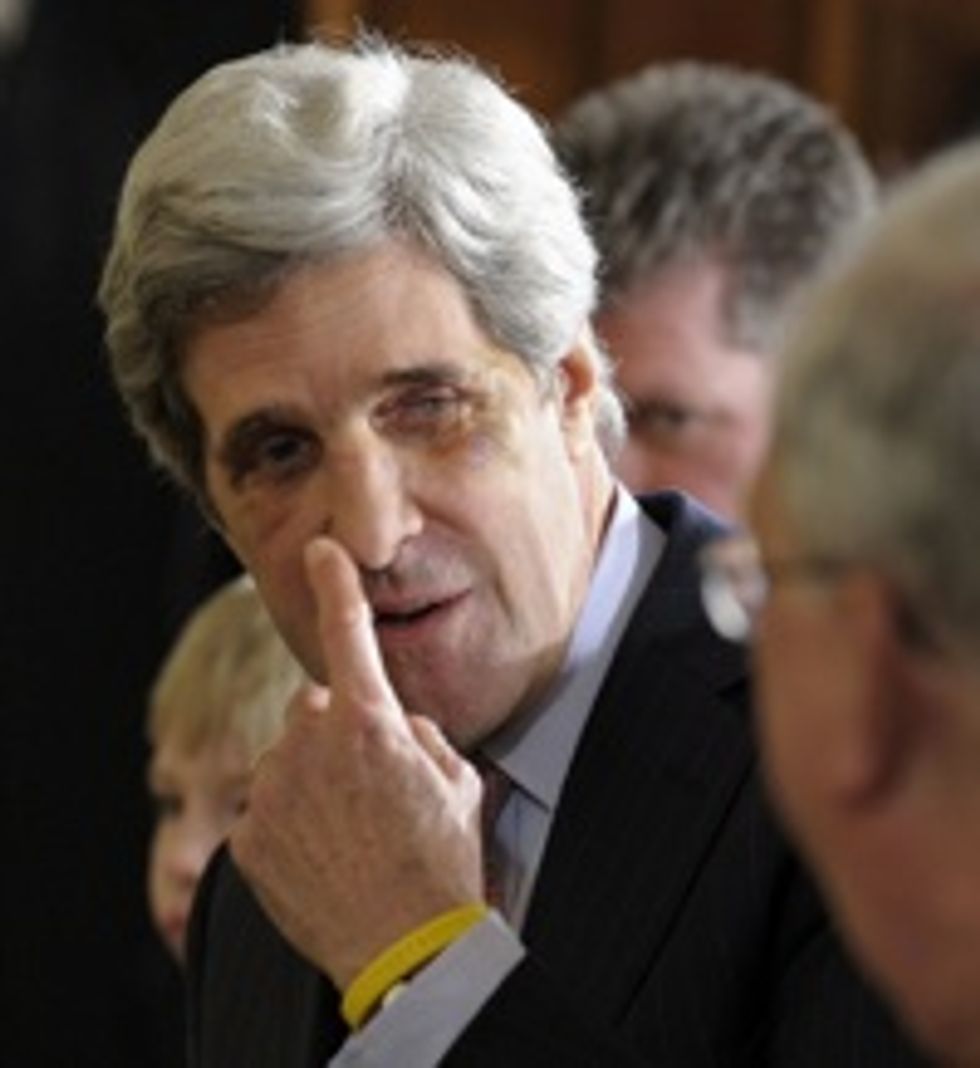 John Kerry's back on the presidential debate stage! He told you bums that he'd get back there, one of these days. Unfortunately, he'llonly be playing his 2012 lamer equivalent, Mitt Romney, in practice debates against President Obama. How debasing. But since John Kerry's career at this point is "kiss as much Obama ass as possible until John Kerry is named Secretary of State," he'll proudly accept this call to make the very, very modest tweaks to his personality necessary to portray a perfect Mitt Romney.

Kerry, for all of his general mediocrity in most political things, was an excellent debater -- or at least good enough to beat George W. Bush and his earpiece. Will he be just as good as fake Mittens?

“There is no one that has more experience or understanding of the presidential debate process than John Kerry,” said David Axelrod, Obama’s chief strategist. “He’s an expert debater who has a fundamental mastery of a wide range of issues, including Mitt Romney’s Massachusetts. He’s the obvious choice.”

In his own presidential campaign, Kerry faced similar challenges as Romney does now. He struggled to deal with his aloofness and vast personal wealth as President Bush tried to portray him as out-of-touch with everyday Americans, while the Republicans labeled Kerry a “flip-flopper” for a series of policy shifts.

It will be a challenge for Kerry to get through the debate without sobbing over memories his terrible, terrible election loss, indeed.

Romney hasn't chosen anyone to play Obama yet. This Washington Post article says that Rob Portman played Obama in McCain's '08 rehearsals; we remember it being Michael Steele, though, because of how comical a choice that was. Which blah should it be this year? Oh, that's an easy question. Awwwwwwwww shucky ducky!