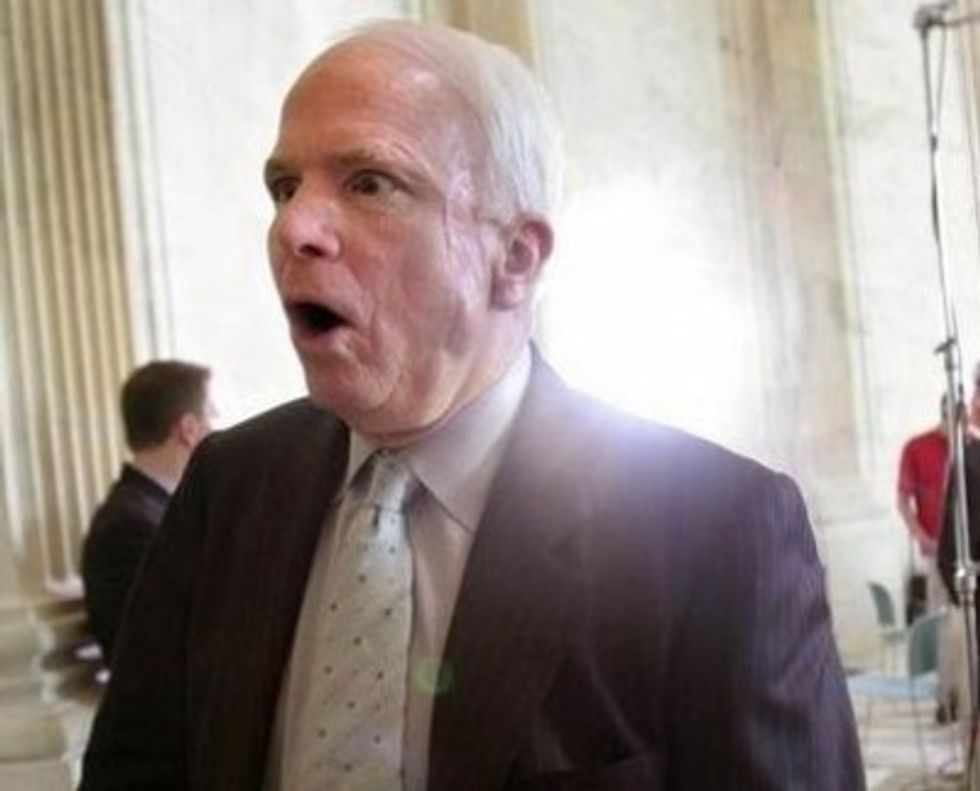 Hurray, John McCain finally gets to be president of something, and it is Ukraine! Oops that's not right. John McCain has been appointed as a special presidential advisor in Ukraine, and either they forgot to tell him, or he applied for the job from a Craigslist ad and forgot all about it because OLD WALNUTS, but regardless, he never made sure it was allowed under Senate rules, so he may not get to become king of Ukraine after all:

Ukrainian President Petro Poroshenko announced that Sen. John McCain (R-AZ) was to take up an official part-time government post in Kiev on Wednesday — apparently without clearing it with McCain, who says he never signed off on the gig.

A decree published on Poroshenko’s website on Wednesday lists McCain as one of eight foreign members of a presidential advisory group headed by Mikheil Saakashvili, the former Georgian leader who has found a new lease of life in Ukraine as a political gadfly and government aide.

He really wants to do it, though! America clearly doesn't want him anymore, and plus, Ukrainians won't be able to blame him for inflicting Sarah Palin on their nation, unless they really hate her over there too, which is possible. McCain says he does remember them asking him to do it, and he said "maybe," but he probably has to ask Mitch McConnell for permission, and we're guessing you don't just go up to McConnell and ask for stuff. You probably have to butter him up, possibly by massaging his turtle thighs.

Buzzfeed reports that the special advisory commission would be made up of mostly former European politicians (though it's not clear if they've gotten permission from their moms yet either), and would exist to "recommend specific policy steps Ukraine should take to reform and modernize its decrepit and corrupt Soviet-era bureaucracy, as well as attract expert advice and support from abroad." Walnuts could be very good at this! He could look at all the old sucky Soviet stuff and then tell them to bomb it, and then Sarah Palin could fly to Ukraine in an airplane, so McCain can show her what it's really like to be able to see Russia from your house.

This sounds fun. When does John McCain leave America?