John McCain And Jennifer Rubin Sittin' In A Tree, Being W-R-O-N-G 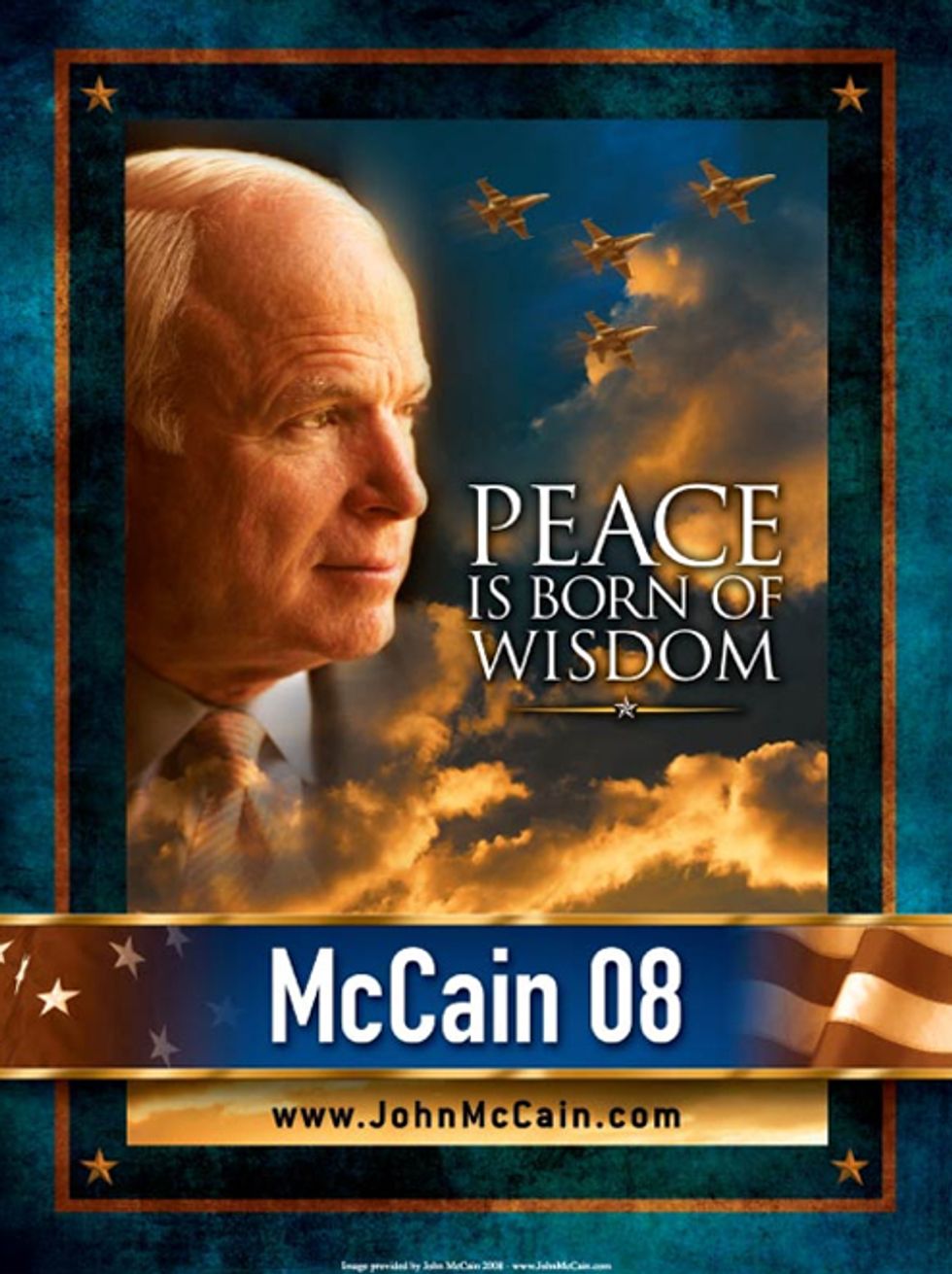 Oh, golly, John McCain. You probably should have given this a bit more thought, maybe. When Jennifer Rubin says that you and the other two "amigos," Kelly Ayotte and Lindsey Graham, are "distinguished pols of the week," because she thinks you've "been right about a lot of things lately," that's not necessarily the kind of achievement you especially want to brag about.

In her trademark excitable tone, Rubin praised the "Three Amigos" -- and really, does a self-bestowed nickname even count? We should ask the Editrix -- for their steadfast insistence on dropping bombs on everyone, everywhere, because you see, they:

have been right about a lot of things lately. They wanted a stay-behind force in Iraq. They challenged President Obama’s excuse that he wasn’t responsible for the failure to set up a status-of-forces agreement, as contemplated, to extend beyond 2011. They wanted early action to dislodge Bashar al-Assad. They were skeptical of the interim deal with Iran. They warned that the Russian reset was a mistake and Vladimir Putin was a threat to former Soviet states. They decried the foolishness of defense cuts and the failure to stand up to China. All three have argued that it is folly to dismantle anti-terrorist architecture, such as the National Security Agency’s data-mining programs. Given the collapse of the Obama foreign policy and the state of the Middle East, their foreign policy judgment over the last few years has been rock solid.

Well by golly, that sure was smart of them to be so right about a number of vaguely defined matters!

McCain, of course, thought the column was a "must-read:"

As Talking Points Memo points out, having someone who's so consistently wrong praise you for having been "right about a lot of things" is not really something you want on your next book jacket. This is the columnist who rushed into print with a column blaming jihadis for the 2011 Norway bombings and shootings. The woman who called for Obama to address violence in the black community, then griped when Obama launched an initiative to address violence in the black community. She once wrote, in all seriousness, that "no one tops President George W. Bush when it comes to saving lives," and said GWB was the awesomest president ever. She's praised John Bolton's sense of humor, for chrissake. And of course there was that weird thing where she thought Mitt Romney was Sir Galahad until he lost, and then he sucked. After Jeff Bezos bought the Washington Post, the paper's former ombudsman wrote a piece urging him to please please please fire Rubin, for the sake of the nation's sanity.

What we're getting at here is that if anyone is qualified to call John McCain a genius, it is Jennifer Rubin, the end.

Follow Doktor Zoom on Twitter. He just envies McCain's successful self-nicknaming, since he's had little success in getting people to call him the Kwisatz Haderach.