John McCain Will Be Snarly, Cranky Bastard About Trump's Secretary Of State For FIVE AND A HALF YEARS 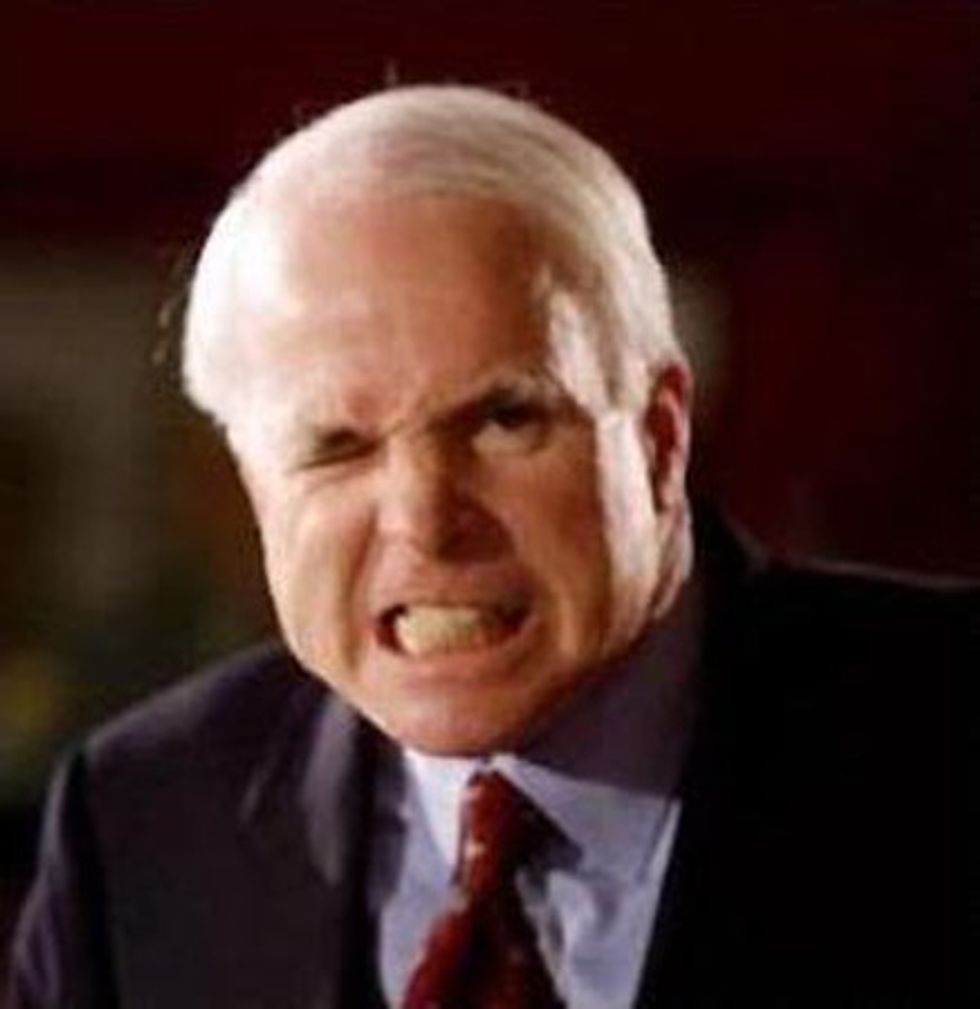 haha usually when we post this picture we are mad at him. Not this time!

The Houston Chronicle ran a pretty routine story Wednesday about Donald Trump's designee for Secretary of Russian Friendship Rex Tillerson, the ExxonMobil CEO, making the rounds of top senators and trying to convince them he'd be the best ever diplomat who never had a day of government experience in his life. It's about what you'd expect, with all the stuff about Tillerson meeting with members of the Foreign Relations Committee ahead of next week's confirmation hearings and trying to convince the senators he's not merely Vladimir Putin's personal petro-puppet, but also a guy completely qualified to run the State Department. Even though he's never held a job outside Exxon, where he's worked since 1975.

And then you get to this paragraph:

In a much anticipated meeting, Tillerson was also sat down Wednesday with Sen. John McCain, R-Ariz. Along with Sen. Lindsey Graham, R-S.C., and Sen. Marco Rubio, R-Fla., McCain has raised questions around Tillerson's relationship with Russian President Vladimir Putin, whom McCain has described as a "thug."

Asked Wednesday whether he could support Tillerson's nomination, McCain told reporters, "Sure. There's also a realistic scenario that pigs fly."

That's the John McCain we sometimes think is sort of wonderful, when he turns off his filter and is unafraid to let his inner bastard shine through, like when he called a bunch of anti-immigration Republicans "these new, young punks around here" who "ought to listen to us old geezers." And then he wouldn't let them have their Frisbee back. It just as often makes him look like a snarly old crank, like when he bitched about not getting enough information from the Obama administration about Bengahzi, and then we found out he'd missed the administration's briefings on Benghazi. Because of a "scheduling error."

In any case, snarly funny McCain is better than just plain snarly McCain, even if it is followed up, as you knew it would be, by the inevitable:

An aide to McCain said later the McCain was joking and had not yet made a decision on how he would vote.

Aww, you guys. This is almost certainly John McCain's last six-year lap around the Senate. With no more need to pander for crazy people's votes by even pretending to support Donald Trump in any way, we're hoping McCain has decided to let his freak flag fly, as long as he can still advocate bombing everything in sight. Let McCain be McCain!