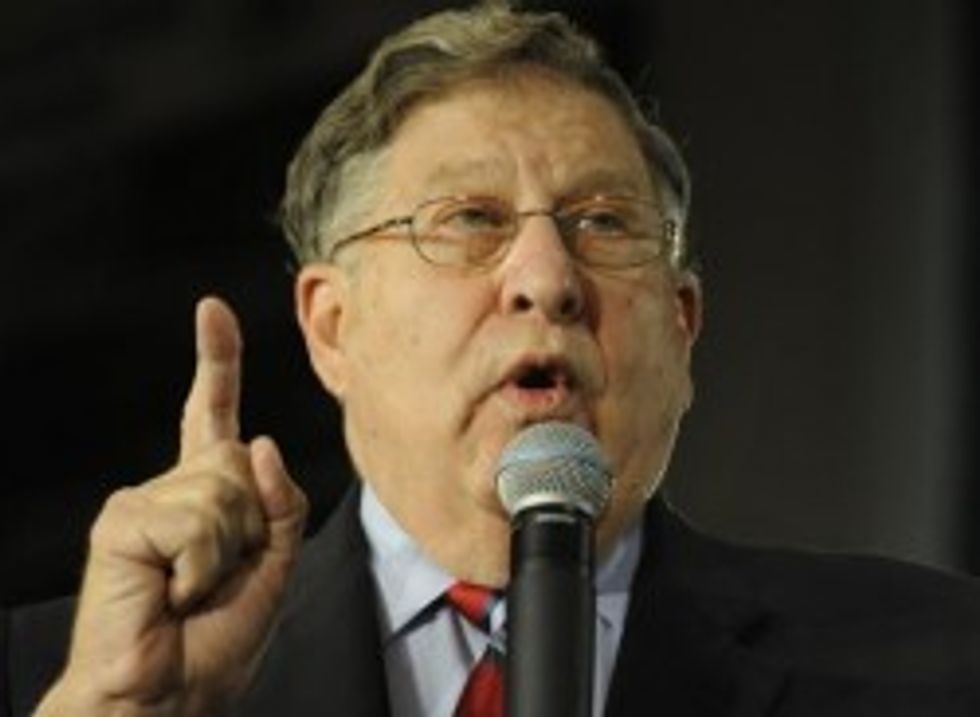 Favored Romney surrogate (because Mr. Manager Mitt Romney makes the greatest and classiest personnel decisions)John Sununu opened his wobbly old turkey mouth and said some more stupid shit today, because it is "a day." Sure, His Lord High Hairgel got in a wee spot of bother by explaining exactly how 47 percent of the American populace can never be expected to take responsibility for themselves, because they are foul peasants, but Barack Obama is the real divider and class warrior, because he had a website saying government is cool.

"My take is that you're missing the big story, which is this is in response to a president, the first president in my lifetime, who's decided to run a campaign on class warfare and it's Obama who has opened up the class warfare issue," Sununu said.

"Let's put this in context. You have an Obama administration that flaunts a website, applauding cradled to grave dependency with Julia," [...] "an Obama website that encourages people to understand that what he is for is an expansion of government so government can take care of them. Mitt Romney puts numbers on that and says we have a campaign in which those that support big government are on one side and those that support the private-sector approach are on the other side."

We have heard of Luntzing a bitch up, but this might be Top 10 for redefining some shit in the middle of the game. "Class war" used to be the terrible thing liberals did by wondering if the tax code could stand to be a touch less regressive. But now, thanks to John Sununu, we know that "class war" is when you say anything good about government at all! If you are not currently on the Interwebz frothing about EPA drones spying on your cattle, or threatening to shoot a Census taker, you too are a class warrior, and should be sent to Gitmo forthwith.