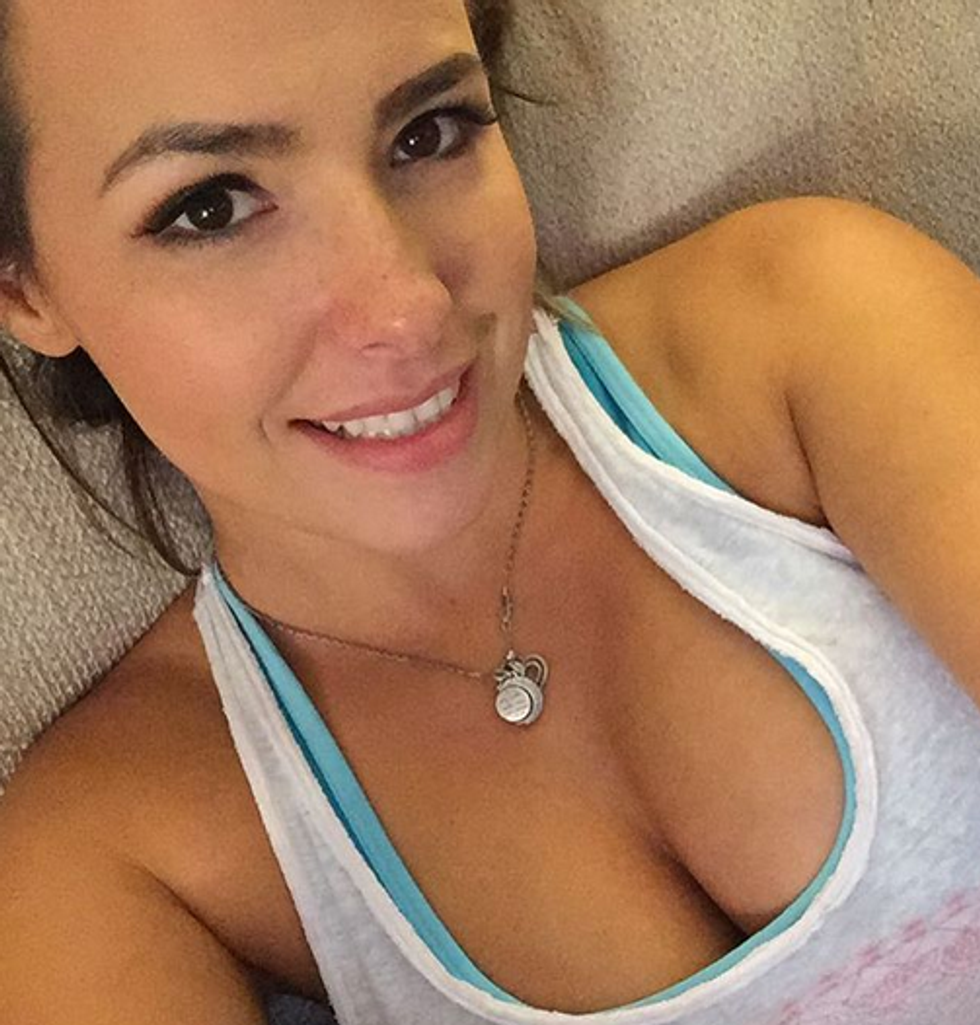 The first occurred after Josh approached her at the Gold Club in Philadelphia, where she was performing, in mid-March and the second only a month later when Danica was performing at Creekside Cabaret in Colmar, Pa.

“He walked into the Gold Club like a normal patron and said he’d been a fan for a long time and has watched my career grow — he even said from before my boob job until recently — and that he loved watching my very first scene on [an adult website],” she tells In Touch. “Then it got creepy.”

We'll talk about that more in a second, let's gross ourselves out with Duggar sex some more first:

After watching her show and "eyeballing me," Danica says he bought $600 in private dances and then “asked me how would he be able to spend the evening with me.” She reveals to In Touch that Josh was violent with her when they had sex, he did not use protection and gave her thousands of dollars after their encounters.

We TOLD YOU, Anna: You need to stop by your local Planned Parenthood to get yourself checked out. NOW.

Danica admits she “took the opportunity because Josh offered to gift [her] $1,500.” But soon after Josh arrived at her hotel room, things got rough.

“He was manhandling me, basically tossing me around like I was a rag doll,” Danica, whose real name is Ashley Lewis, and although the sex was consensual, “It was very traumatic. I’ve had rough sex before, but this was terrifying.”

Wow. So, Danica Dillon is not just some lady on the Skinemax, pretending to be sexed in a softcore way. She's actually done hardcore violent sex movies, and she's like "uh yeah, this was DIFFERENT AND BAD." The Daily Mail has more:

He talked dirty as well, saying at one point, 'Come on, be a good, dirty little [expletive]'.

He also grabbed her neck as he kept talking dirty, she claimed.

Dillon says she's pretty sure there are other ladies out there with gross stories of their own, so we can hardly wait to hear all about THAT.

In their family statement, Ma and Pa Duggar say that Josh has "brought great insult to the values and faith we hold dear." We have a little quibble with that, since the Duggars' values and their faith are direct contributors to the kind of pathological, predatory sexual behavior displayed by their firstborn son. They still don't understand that they share responsibility for this.

Just hope it doesn't take more of their kids "acting out," by, you know, molesting family members or destroying their marriages or saying cusses or whatever, for Mr. and Mrs. Duggar to get that through their putrid fucking skulls.