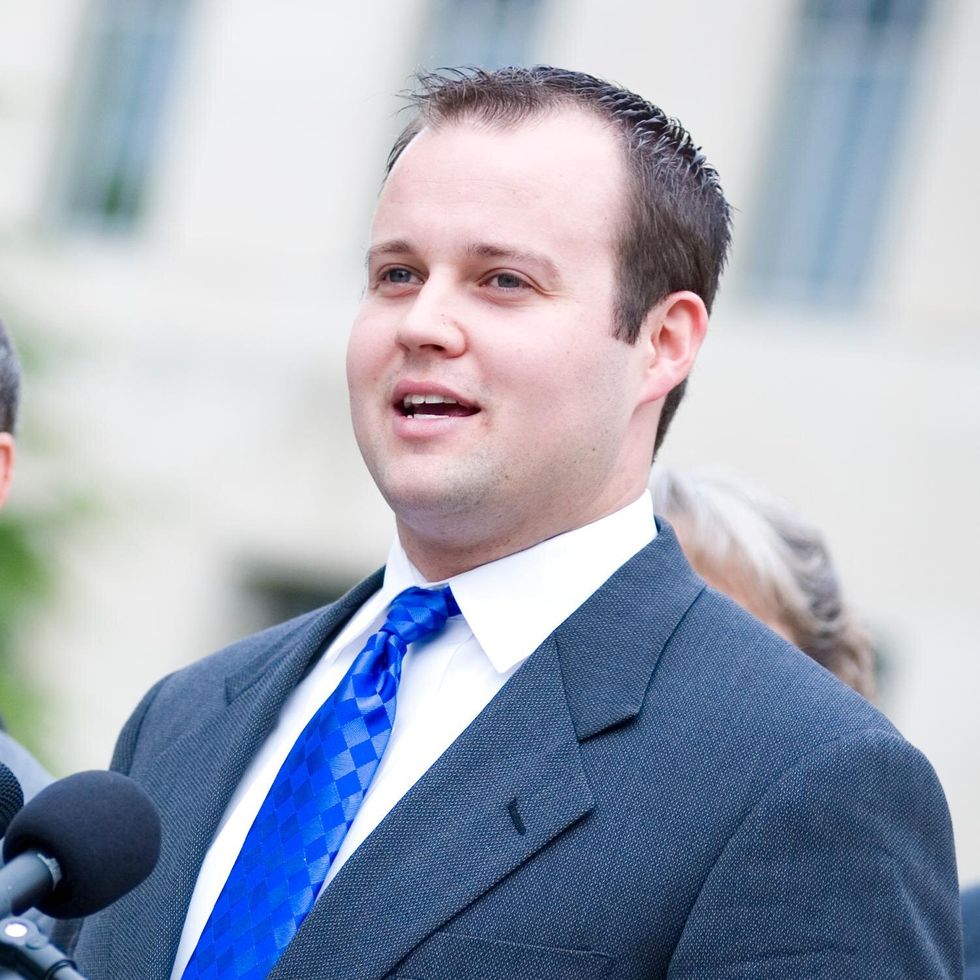 Suspect tends to have a visible erection at all times.

UH OH, they've LOST him. So we reported last week that whore-creeper former "family values" advocate Josh Duggar had gone to a "rehab center" in Rockford, Illinois, where he would learn (again) how to Lean In toward Jesus and Lean Away from vaginas what belong to porn stars, Ashley Madison robots, and other ladies what are not his wife. That rehab place is called Reformers Unanimous, and surprise, it's weird and creepy and screwed up, in the conservative Christian way. Journalist Shane Nicholson of the Rock River Times in Rockford confirmed to Gawker that yes, J-Dug was at the Reformers Unanimous place, getting the kind of treatment only a fundamentalist Christian asshole would seek out. (You know, the kind where they replace all real therapy with Bible study.)

But wait, what is this? Duggar may not have even checked in? The private plane owned by the Duggar family may have pulled a little bait and switcheroo that day, flying both to Rockford, and ALSO to Paragould, Arkansas, home of the "There is nothing in Paragould"? Let's flip through this gossip rag and see what it says:

Reports from the Illinois rehab facility believed to be housing the disgraced Josh Duggar indicate that the reality star is missing in action.

Did he even fly to Reformers Unanimous in the first place? And if not, where is the troubled father of four since he went into seclusion?

Blackout drunk on the floor of a strip club asking some girl named Sprinkles where it all went wrong?

The Duggars’ private plane, piloted by John David Duggar, pulled into Rockford, Ill., one night, only to turn around 10 minutes later. [...]

So, as you can clearly see from the rules and regulations of this "rehab center," all participants in the program are required to go to church together at the North Love Baptist Church, and they also go to mandatory meetings there. But SOURCES SAY, "Josh definitely wasn't there" on Friday, and "It was very strange." HMMM! So maybe he's really there, but he's getting some sort of special treatment, either because he is a big star like Britney Spears, or because his "porn addiction" is just so breathtakingly strong that he has to be kept in solitary, away from human beings who possess genitals.

OR HAS HE PULLED SHENANIGANS?

In another surprising twist, the family’s plane took another mystery trip August 27 across the Duggars’ home state of Arkansas.

The plane arrived in Paragould, a quiet, eastern town, around 9 a.m., and took off for home in Springdale, Ark., around 6 p.m.

The Christian family does not have property in the area, and no known friends or extended family members are from the town.

Nor are there are any known rehab centers in the vicinity.

As far as we can tell, here are the possibilities:

So many questions! We'll be sure to update you whenever Josh Duggar's dick is sighted next. It could be anywhere, so be sure to pay attention to your surroundings and whatnot, you never know what's lurking around the next corner.